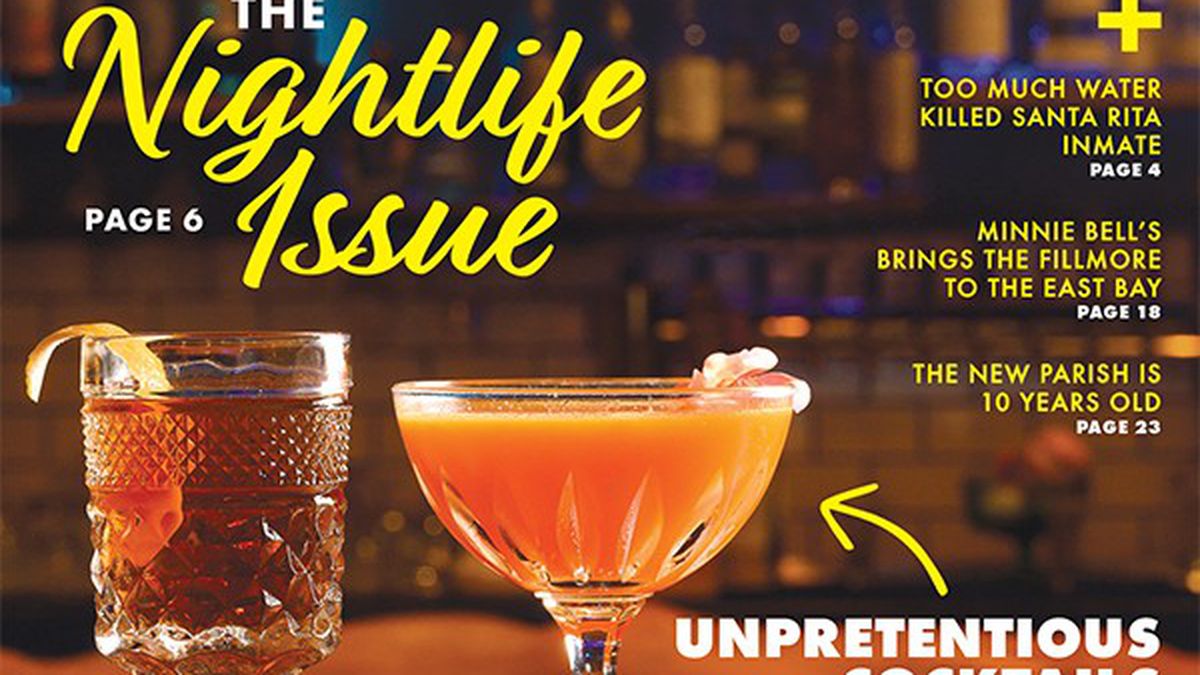 “Oakland’s Professional Polluters,” Feature, 1/16
Enough Is Enough
Sadly, coming to a historically poor and Black community to set up shop and take a crap on people is typically how people treat West Oakland.
We finally are seeing the community come together with folks who have lived here for generations, like Mrs. [Barbara} Johnson. To live next door to polluters and bad actors like this is outrageous. They have been mistreating the community for a long time. [Moacir Gomes Dos] Santos moves in and thinks we don’t give a damn. Sorry, but this ain’t so.

As a Black woman who has lived here before it became popular to move here, along with many families from all demographics that also have moved here, I keep seeing people using race to plea pity for their treatment, yet they come into the community with mistreatment and violating the law as their business.

If Santos came to the community and didn’t introduce himself by polluting and telling my neighbors and friends to send him the bill for the filth he was spewing, he wouldn’t have gotten slammed by a community already fed up with this treatment. We’ve survived others long before him and are tired of the poor air quality and mistreatment. Whether it’s No Coal or Santos, we are sick and tired of this treatment, and as a community we need to kick anyone’s ass that thinks that this looks like a good place to take a dump and begins to do so.

Time to end that.

Don’t Dump on Oakland
This illegal dumping must be stopped. It should not be as difficult to prosecute or for citizens to report as it has been. Obviously large-scale dumping is more serious but multiple instances of smaller-scale dumping both mounts up and amounts to the same polluting crime sooner or later. Glad this slime ball was caught.

“The Express Lays Off Six Employees, But the Paper Continues On,” News-Online only, 1/13
Taking EBX for Granted
The Express frames the complexity, wonder, worries, and liberties that we enjoy by simple virtue of living in the East Bay. We look into that frame and we see ourselves staring back. We take for granted the publication’s continuing existence at our peril.

Double-Standard
If it was another employer that had illegally denied overtime pay (as ruled in a court case), we would have readers climbing all over that employer disparaging the fact that it was taking unfair advantage of the workforce. “The man.”

And, the reporters for this publication would be writing articles showing us just how terribly that employer is acting with lots of coverage of the plight of the disadvantaged employee.

But, with this employer, the droves are looking the other way, the article is, “Oh, poor me (employer),” and the employer is looking for another legal angle. Go figure.

Yeah, I guess sometimes it is hard to let go of same-side bias.

“The Lost Year of Police Accountability,” Feature, 1/9
It Must Succeed
If the Oakland Police Commission had not faced repeated serious roadblocks from the city administrator and city attorney, along with inattention by the mayor, at every step, its first year would have been significantly better. (We all know that those who have power do not easily give it up.) But through it all, clearly, these volunteer commissioners are all truly committed to cleaning up the Oakland Police Department and putting a stop to OPD racist practices.

I agree that the other major obstacle has been the commissioners inability to work together as a unified group, partly because of a lack of experience and training. Commissioner [Maureen] Benson’s comment on moving from a hierarchical structure to one that allows for more varied input is interesting.

I have participated in many commission meetings as a member of the Coalition for Police Accountability (CPA). Many meetings have been frustrating, as progress is so slow. But with OPDs failure to change its racist practices after 16 years of being under the shadow of the NSA [Negotiated Settlement Agreement], the police commission must succeed. Oaklanders need the police commission, and Oakland needs to support our police commission. Come to its meetings, on the 2nd and 4th Thursdays at 6:30 p.m. in the council chambers. My comments here are my own, not reflecting CPA.

Get Hyphy for a Cause