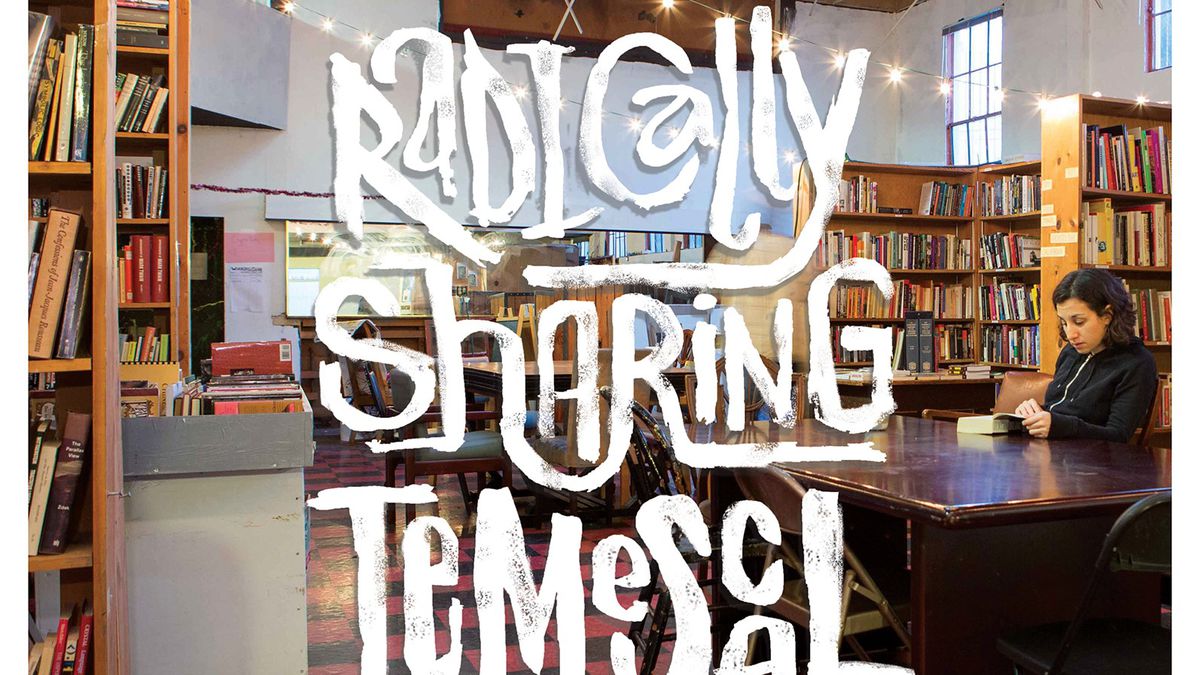 Readers sound off on the Omni Commons, OUSD, and the effects of fracking.

We Need to Reconsider Our Values

Since we have publicly funded commons already — like libraries and parks and public education — my question is: Can Omni Commons serve as an augmentation to the gaping holes in public services that should be improved, but are not? Can this be done without further devaluing what little we have already? Can it be done without becoming entrenched in a sort of self-congratulatory echo chamber, or social club if you will, that exists solely to keep itself in business and its participants occupied?

I mean, it’s tragic enough that our public spaces and public schools are underused, underfunded and underappreciated. I, for one, would like to see a municipality that puts more value, and therefore more energy and funding into these programs, rather than cutting them. They are underused, but only because they are terrible, because they aren’t funded. I would like to hold our elected people accountable for these failures.

Do these privately funded civic operations, in an odd sort of twist, continue to allow government apathy, or can they bring the issues to light?

Thinking optimistically, let’s look at Omni Commons as a space that could expose these gaps. Perhaps each person who participates experiences a sort of social wake-up-call, like, “Hey, these things are supposed to be public!” And maybe the very idea of a private library, and a private “free school” no matter how pure the intentions, should feel wrong, and maybe that will prompt us to consider our values just a little bit more.

Great write-up; thanks for the attention. Omni Commons is a wonderful group of people and they encourage people to come check out the space. What this group particularly needs is more people of color, so please come by and get involved.

It’s the Miles, Not the Gas

Clearly, we need to increase the revenues produced from vehicle use. However, it is important to realize that another reason the gas tax is not producing needed revenues is the increasing mileage achieved by new fleets of new, more efficient cars — and this mileage per gallon will go even higher. Electric cars use the highway system and contribute nothing in revenues. The real answer is to go to a Vehicle Mile Traveled Tax (VMT). VMT measures real use of the system and therefore is a true user tax. VMT has been successfully tested in Oregon. Yes, there are technical challenges, but with the electronics on our new vehicles, it is very possible to achieve.

“How Fracking Changes Everything,” Opinion, 1/21

The big question is: What will it take for people to realize that all the money in the world will not help you if you can’t breathe the air or drink the water? Both are pretty high up there on the hierarchy of needs.

Out of the thousands of mammals that have roamed or do roam the earth, humans are the only ones that destroy their own natural habitat. The subway system in New York City has already flooded, while polar bears are running out of ice in the northern seas. The City of Miami is installing pumps along South Beach to mitigate anticipated rise in ocean levels. Yet congressional policymakers remain staunch in their defense of polluters like the Koch brothers and big oil companies. They complain about every small correction proposed by the president when what we really need are major changes from the EPA. The Yellowstone River was polluted last month by an oil pipeline while train derailments and explosions continue to threaten cities across America. America continues to be stuck on stupid!

Wilson Has a Charter-School Agenda

The targeted high schools had been “redesigned” by former superintendent Tony Smith but the consequence of his school redesign was school instability as reflected in comment of Superintendent Wilson at his orientation meeting with newly elected board members that “all three high school principals are in their first or second year.”

Wilson markets his “redesign” as new and improved because his administration isn’t telling targeted schools how to improve, but asking them to write their plan for improving their school. Wilson’s approach reflects his [Eli] Broad Foundation training in the philosophy of competition being the decider in decision-making.

But putting out a call for anyone in the community to provide his or her plan for school improvement is in practice calling on charter schools to compete for governing these Oakland schools.

Take Yelp to Court — in Europe

Davide Cerretini of Botto Bistro should sue Yelp in the United Kingdom and invoke his right to be forgotten.

Let’s hope Ajuzoun (terrible name, by the way) is better than San Francisco’s Roka Akor, which is like a bad Arizona pseudo-Asian joke on everybody else.

I’m Going to Blame Brown for Everything!

Meany Jerry Brown has failed to narrow income disparity, and he insists that paying down debt and saving money for stupid stuff like pensions is good policy. Meanwhile I am going to vote “yes” for every state bond issue and sales tax increase that I see at election time. Then, I am going to blame Brown, and not the legislature or the electorate, if the state ends up bankrupt.

What’s Wrong with a Committee?

With optimism and an RSVP invitation, I attended this meeting. Despite suffering from “walking pneumonia,” I drove up from Santa Cruz to hear and be heard. I really felt inspired, activated even, during the first part of Mr. Bill Zimmerman’s keynote speech. However, as he went on to champion the Drug Policy Alliance (DPA) as the tool, and said that “there will be winners and losers,” I started to feel betrayed. Then when he so slickly spoke about how one-third of California voters are ready to approve legalization, one-third always will oppose such, and one-third are still riding the fence, a bell started ringing in my head … maybe it was just the pneumonia, but my common sense light was starting to strobe: Didn’t he earlier say that more than 50 percent of Californians polled want to see marijuana/cannabis legalized? Don’t all the major polls show similar majority support among Californians? If more than 50 percent want to see this marvelous plant made a respectable member of California’s medical and recreational culture, then why all that one-third-one-third-one-third hyperbole?

Then there was Zimmerman’s “elections are not won by committee” comment. Since when? Yes, having a well-known or intelligent frontman works wonders; however, President Obama never utters a word publicly that hasn’t been vetted by a committee of advisors.

I feel Mr. Zimmerman is the frontman for the DPA. He wants the rest of us to sit back and let the potentates at DPA craft what rules they think are best for the rest of us. Seeing all the turmoil in other states where DPA has held sway over the main ballot measure’s language, I’m more strongly than ever in favor of input from other cannabis legalization groups, instead of the unilateral approach Zimmerman so subtlety proposes.

When presented with the opportunity, I raised my own personal issue during one of the question-and-answer periods: The 2016 ballot measure must contain language that places California state law supreme over local county and municipality ordinances. The Brown Act does this for public meetings, but an ever-growing list of California counties, cities, and towns are opting to pass local ordinances that effectively strangle the ability for cannabis patients to have adequate amounts of medicine. This not only flies in the face of the Brown Act, but effectively says local rule trumps state laws. And as I see that a number of counties and municipalities are using such obstructive and repressive ordinances as a framework for even greater restrictions on recreational cannabis — up to and including completely banning cannabis from their county. This isn’t being made any easier with the California high court’s recent ruling giving the green light to local rule over state law.

I do not propose I have all the answers. But I do not think we should rely on DPA to have all of them either. What’s worked in the past for DPA is all well and good, but that’s a classic logical fallacy to think that because it worked in the past it will work now. It might not even be DPA that leads in developing what will be presented to Californians in 2016, but rather just one of several level-headed members of the team — the committee that congeals the will of the people into a cohesive whole that does protect all of us, that does not leave out any of us.

Yay! So happy all these amazing people are creating such wonderful opportunities for folks. When topics aren’t discussed in regular education … well, that’s when innovative people have to create learning opportunities for everyone. Good going, guys!

Laughs Come Cheap at the Layover

Stop Having Sex with a Nazi