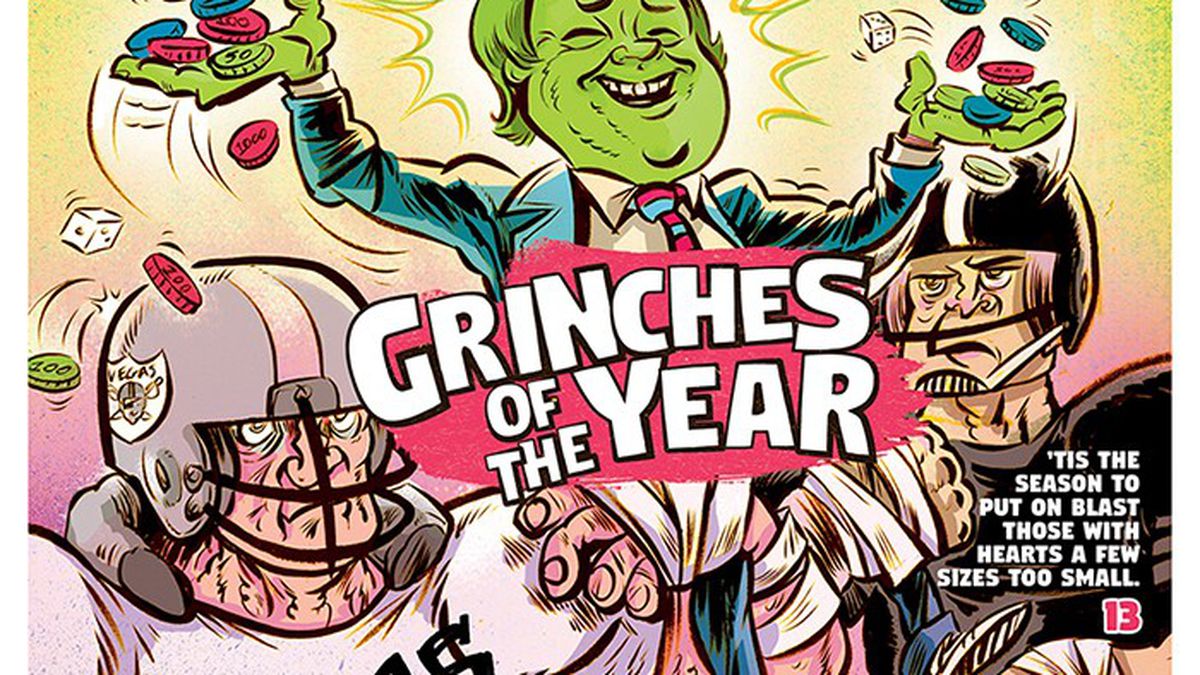 Readers sound off about grinches and punk houses.

“Grinches of the Year: Oakland and East Bay Residents with Hearts a Few Sizes Too Small” by Express staff, Feature Story, December 21:

I was terribly discouraged to see that the Express staff featured “beer gardens” as one of the Grinches of the Year. These new, outdoor restaurants are owned by real people, who are investing hundreds of thousands of dollars (sometimes millions) to open new businesses that create dozens of new jobs and generate millions in new city tax revenues. These new build outs also often require dramatic upgrades in safety and pollution reduction and mitigation, which many of these old buildings and derelict lots need desperately (fire suppression systems, wastewater meters, sand and oil traps, mandatory energy conservation, etc). In addition, in the Bay’s current economic landscape, restaurants are lucky to profit 5 percent of their total sales, meaning 95 percent of their cash flow goes to other, almost entirely local companies (local breweries, food purveyors, utilities, advertising, etc). Three “beer gardens” in this edition of the Express used their income to support this local newspaper with print advertisements! To call out independent, small-business owners who are making substantial investments in communities in need, and are taking huge risks in an industry that has some of the highest overhead and lowest profit margins, is nothing less than irresponsible and insulting.

“Burnt Ramen Punk House Residents Thought City of Richmond Would Help. Instead, They Got Evicted.” by Jonathan Riley, News, December 21:

We Are Not Your Enemies

As a roadie, security, and member of the community most easily described as “punk,” nationwide, as well as part of the underground/outsider arts community, and having lived in similar places for roughly 35 years now — and having volunteered at Burnt Ramen in the past — I just want to say that places like this have long provided safe haven and a sense of family to people who may not get it anywhere else. And when people say that Burnt Ramen saved their lives, it’s not an exaggeration. This isn’t a “scene” that people get into, or even a lifestyle we choose. That may sound phony and pretentious to some, but it certainly isn’t meant to — and my point is: I’ve seen too many lives lost to suicide and addiction and have witnessed first hand these little communities save people from that crap. The streets are rough, and many of us don’t survive them. It’s not for you to judge whether blow up dolls are art or not, or what’s a visual joke. What’s misunderstood is often persecuted throughout history. This is a case where an accident — a tragedy in Oakland happened, and now politicians are “cleaning up” neighborhoods in the guise of safety. But this is a straight attack in the name of gentrification. We are not your enemies. In fact, in many instances, we are there where a crack house or shooting gallery could have been. Better than being homeless — which is where many will end up.

Burnt Ramen should not have been targeted by the city in this way. This is not a dangerous place. Everything is cement and there are two large clearly marked, clearly accessible exits. This is a place that welcomes those who are marginalized to build community, creativity, and fun! I have always experienced Ramen as a positive, non-judgmental space where people can be themselves. As a Richmond resident and registered nurse, I strongly feel Burnt Ramen is good for public health and an asset to the community! I urge Mayor Tom Butt to work with the owner to ensure the space is preserved and that the residents are allowed to return to their homes.

“Nellie’s Soulfood Will Reopen in JK’s Brickhouse in West Oakland” by Luke Tsai, What The Fork, December 22:

My heart is once again happy!