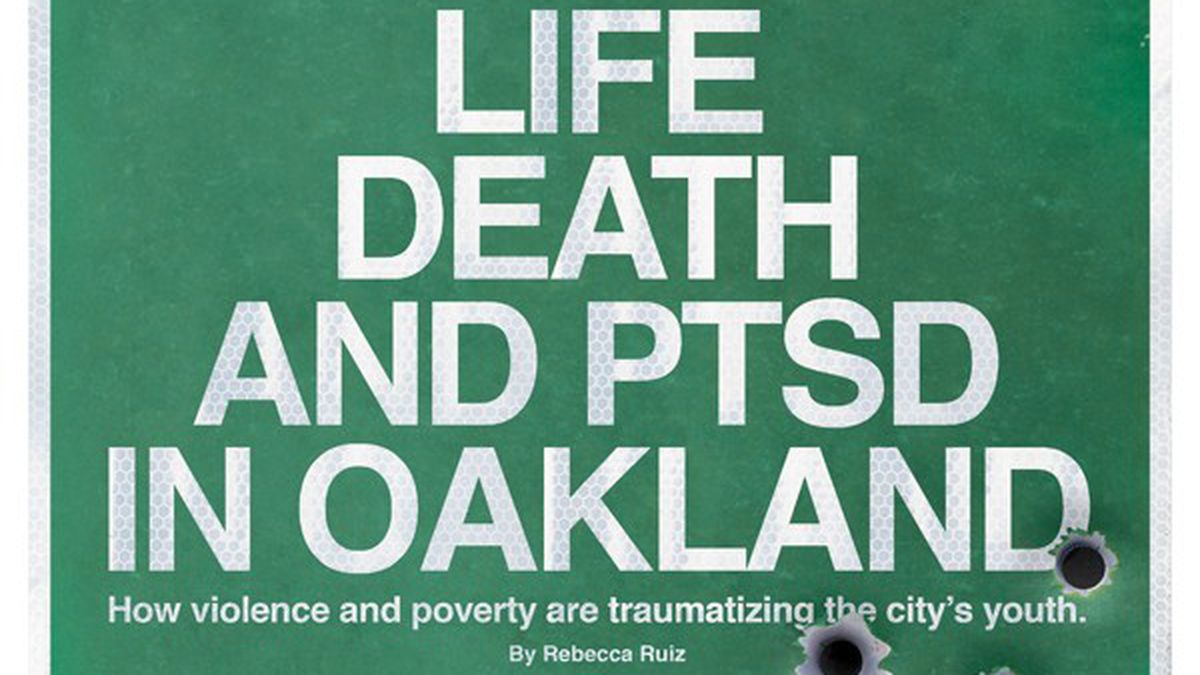 Letters for the Week of December 25

A good article on a topic completely neglected by Oakland’s elected officials. For forty years Oakland has had a homicide rate several times the national rate (it’s been about 25 per 100,000 people compared to 5 per 100,000 people). The actual number of shootings over those forty years has been in the tens of thousands, perhaps as high as fifty thousand shootings in all. Is it any wonder that Oakland’s black and brown kids have a hard time growing up, doing well in school, and fitting into society?

The only thing to wonder about is why Oakland’s elected officials (and the voters who keep them in office) haven’t done anything effective to significantly reduce the shootings over forty years. The mayor and council can’t even maintain the minimal number of cops to respond to the daily shootings, much less work to do some violence prevention.

The Measure Y “crime prevention” efforts are mostly a joke. A few hours total in a class on how to be “good” spread over a few thousand “at risk” kids cannot do anything. Family interventions can be very helpful for poor and dysfunctional families, as has been demonstrated by the work of Salvador Minuchin and others. Successful interventions require carefully designed policies, really competent implementation, and coordinated management with all other social and justice system efforts. Sadly, Oakland is the one place where the folks with the power who spend the money are completely in over their heads — even if they care.

“We know that no one ever seizes power with the intention of relinquishing it. Power is not a means; it is an end.”

As Obama’s concept of government seizes power, we are experiencing the transformation from the days when our personal lives and thoughts were private and we could speak our minds without hesitation, to a time when government is seizing that sanctity from us in the false name of protection. Nothing our enemies can imagine for us could be more harmful, for it is no longer 317 million citizens they must conquer, but only one government that must fall. Before, each one of us was an individual fortress, but today we foolishly relinquish our defense, personal state secrets, and dignity to a self-proclaimed god-like government that is demonstrating its ability to fumble and to deceive. This is not a partisan issue, but one of human rights for every one of us. Every opinion poll expresses our disgust with this government, and now we must act as citizens to retake the individualism that once commanded the attention of the world.

Not Concerned with Surveillance

Just so the record is clear, I am one person who is not at all concerned with our new tools to gather information. I suspect there are many like me. I believe I may be safer and healthier as a result of the responsible use of such information. If my city can create a safer environment by focused surveillance then I am all for it. If the federal government can create a safer society. I support it. Yes, we need policies to guide these efforts but we don’t need to prevent it or fear it.

Oakland does indeed have a pilot program in Montclair using the same principles. As the Director of the Lakeshore Business Improvement District I am adamantly in favor of these kinds of plans, but it can take time to convince business owners to try these different strategies. In fact, Lakeshore would probably benefit from increased parking fees.

Also, Mr. Gammon is uncharacteristically wrong in that free holiday parking does not encourage people to park all day (since this was actually my proposal back in the Nineties, while I was chief of staff to Nate Miley). The posted hours for parking are the same. After your one or two free hours are up, you will be ticketed if you don’t move. And please never underestimate the power of a gesture like this to promote goodwill toward your fellow citizens and local shoppers.

I was a bit dismayed by your article and its implicit approval of the subject covered. To set the value of parking with market-based pricing means that a service rendered by a city government is now no different than if it were rendered by a free market entrepreneur. It would seem that by the time your car pulls up to the curb, you have paid general taxes to construct and maintain the streets, an additional fee for your motor vehicle registration, yet more taxes on the fuel consumed, and then a market-based meter — all this aligned so that you can enter a store and pay sales tax. Though this might appear to be an anti-tax remark, it really isn’t. I don’t object to taxes. What I object to is our civil servants conceiving of us not as citizens but as clients in a marketplace.

I concur that we are in a housing crisis, especially housing for low- and moderate-income families. I also agree that low- and moderate-income housing should not be built solely in areas of existing poverty but rather in mixed-income areas with good schools and services as you suggested. There are many causes of this housing crisis including stagnant income and job growth as well as San Francisco workers coming to Oakland and the East Bay, poaching our affordable housing, and displacing longtime local residents and disrupting neighborhood social structure.

However, I don’t think the reactivation of redevelopment or tax-increment financing (TIF) is the answer. Redevelopment TIF revenue as previously conceived was supposed to be used in a blighted area to be redeveloped.

It is probably not a good idea to build new low- and moderate-income housing in blighted (an abused term) neighborhoods. Redevelopment financing robs school and other special districts for needed revenue. These services will be needed to support new housing.
In areas where the market will support the development of luxury housing, developers are required to pay impact fees or exactions to set aside, say, 20 percent of the housing for low- and moderate-income housing.

This is unlikely to help in impacted cities like Oakland, which are not reaping the fruits of job or development gains (and the associated increase in tax revenue), nor is Oakland  a large market for luxury housing like San Francisco.

We need a new source of revenue or change in public policy, to subsidize or incentivize the development of mixed-income housing. But I don’t think reactivating redevelopment will do it. Thank you for raising this housing issue.

I am all for building many more affordable housing and developing mixed neighborhoods. Diversity aids everyone’s pursuit of happiness. Why not also implement a complementary program: Create mixed-income housing by building some high-income housing in the “poverty-ridden flatlands of East and West Oakland”? Could we avoid the negative outcomes of gentrification with careful planning, zoning, and policy?

Lew Wolff is delusional! The A’s will never compete beyond the first round of the playoffs at the current $60 to $70 million (Lew Wolff) payroll. The A’s need to at least get into the $80 to $100 million group of franchises. Despite this crazy owner, a committed fan base is here and a committed owner willing to invest in the long-term success of the team in Oakland will work. There are local groups out there that believe that they can work with the city and make something happen. Lew, please give us a break and sell as soon as possible!

Those worried about Fukushima should be more worried about the human-caused change to the earth’s environments — the overpopulation and the mass extinctions that we are causing.

Heads in the Sand

Thank you for covering the Fukushima issue and for beginning the article with Cynthia Papermaster’s cautious “heads up.” May I suggest a follow-up article that quotes experts who are concerned about Fukushima Daiichi, as well as activists?

It is psychologically difficult to face the enormousness of this unprecedented challenge. There is a common tendency to turn away or put one’s head in the sand, all the more so if one is affiliated with the nuclear industry. When assessing accuracy, readers might consider incentives and follow the money. Activists have no incentive to exaggerate the problem. On the contrary, there are many other issues we could tackle if this issue were solved. Truth-tellers’ incentive is the public good.

I truly wish we could trust those who minimize the problem.  But hiding our heads in the sand will not get the risks mitigated. Fortunately, there are many courageous people who tirelessly seek the truth and research solutions together.

Quan Is Isolated From Residents

Don’t see that Mayor Jean Quan’s actions show a fundamental shift in her politics. But it makes no never mind whether Quan has moved toward what used to be considered center for Oakland.Feels more that about 50 percent of the residents have moved right of the old center and maybe Quan’s base of 26 percent have moved further left.The result is that Quan has gotten increasingly isolated from all the residents.