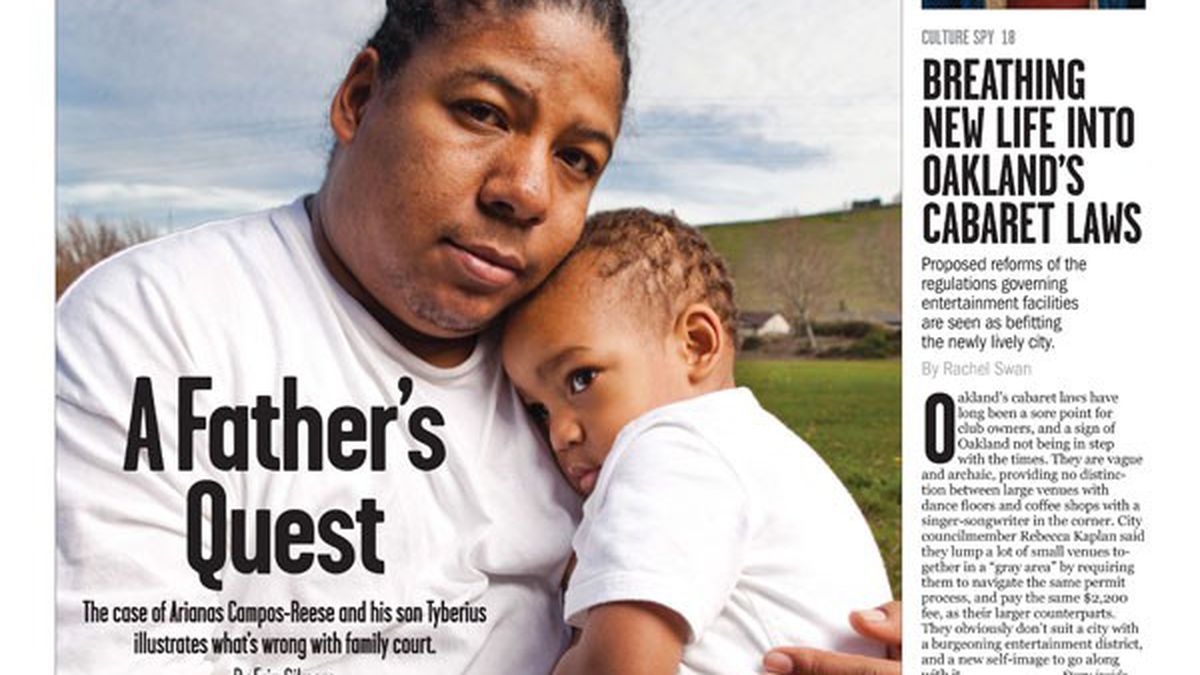 Readers sound off on our review of Avatar, Measure WW, and family court.

Wow, that was the most ridiculous review I’ve ever read. Was it a joke? It was a joke. Right? How could even the most shallow and ignorant person fail to find the relevant layers of poignant issues covered in Avatar? I’ve never seen such a complete and captivating film in my life but in order to find symbolism in it, a person has to be a little bit aware of surrounding conflicts that our planet and society are dealing with today. Open up your mind a bit, or at least get your head out of your ass.

RE: “It [Measure WW] was also the first to face an organized opposition campaign.”

INSUFFICIENT ATTENTION TO DETAIL AWARD: While it is true that Measure AA in 1988 (the $250 million predecessor of WW @ $500 million) was virtually unopposed, there was substantial bona-fide environmentalist opposition to a 1998 East Bay Regional Park District parcel tax, including folks in the Regional Parks Association and former EBRPD Director Harlan Kessel. Apart from disgust with managerial styles, the critics sincerely believed the commitment to open up acquisitions for development was detrimental to the need to acquire as much as possible before sprawl set in, especially near newer parks on the I-680 corridor.

When I was eight we moved to Luxembourg and I was put in the French section of the Ecole Europeen. This was in 1956. The school had a French, German, Dutch, and Italian sections where most of the courses were taught in the section language. I was taught in French and I also took German. By the time I was thirteen I was being taught biology in German and Latin in Dutch. So I am pleased to see the UC finally starting immersion schools even if in a small way. Bravo to the Mitchell family.

The Shu Ren International School in Berkeley is not affiliated with the UC system.

My wife and I are co-directors of a large preventive intervention project sponsored by the Office of Child Abuse Prevention in California. The goal is to help fathers, especially low-income fathers, become more involved and stay more involved with their children. It is tragic that while one arm of the state is attempting to encourage fathers’ involvement with their children, another arm of the state is making it as difficult as possible. Many kudos to Erin Gilmore for a well-written and sensitive telling of a story with lessons for us all.

I agree with one thing in this article — the family court system is broken. The status quo of injustice in the family courts is staunchly defended by the very bad actors who cause the injustice and are enriched by it. It’s a cottage industry of greedy people who make a handsome living ruining the lives of the innocent victims, mostly children. Whenever I see a reporter resort to quoting a zealous fathers’ rights activist like Glenn Sacks, I know for certain the story is going to be biased. I don’t know the facts in this particular case (“A Father’s Quest”), so I can’t comment on the outcome, but I do know that Sacks’ claim that courts are biased against fathers is false, and has been proven false in several peer reviewed research studies, as another commenter stated previously.(1)

The fathers’ rights legal industry is a big money-making business, but there are no mothers’ rights law firms that I know of, and I’ve been following this injustice for almost a decade. Why? Mothers don’t control the purse strings in most families. Even though there are laws on the books that prevent one party from dissipating marital assets in a divorce, and starving their spouse out of a legal defense, they aren’t enforced on behalf of women.

One commenter here said something very revealing about what I believe may well be the underlying truth in this story. They said that the father used to have total control over the mother in the beginning. My suspicion, if this case is like thousands of others across the country, is that he is furious that he no longer can control her, and he’s using the child to try to control her. Another commenter said something that I’ve been saying for years — it only takes ONE to wage a custody battle. Now in this case, it sounds like there are two parties tango-ing here, but that is not always the case.

In virtually every custody case that I have reviewed, the father was abusive and controlling in the relationship. He uses the courtroom as a tool to continue to control and abuse the mother.

“In reality, what these women are describing from their ex-partners is better termed Domestic Violence by Proxy (DV by Proxy), a term first used by Alina Patterson, author of Health and Healing. DV by Proxy refers to a pattern of behavior which is a parent with a history of using domestic violence or intimidation, uses a child as a substitute when he no longer has access to his former partner.

“When his victim leaves him, batterers often recognize that the most expedient way to continue to hurt his partner is to assert his legal rights to control her access to their children. By gaining control of the children, an abusive male now has a powerful tool which allows him to continue to stalk, harass and batter an ex-partner even when he has no direct access to her. Moreover, by emotionally torturing the child and severing the bond between children and their mother, he is able to hurt his intended victim — the mother — in a way she cannot resist.” (2)

And it is predominantly false that women make up allegations of abuse in order to win custody — the opposite is true, thanks to “friendly parent” provisions put into law by fathers’ rights advocates. These statutes put an abused woman in a catch-22 situation. If she discloses the abuse, she stands to lose custody to the “friendlier” parent. If she doesn’t disclose the abuse, she may lose custody anyway, especially if the father has money. (3)

It’s a shame that the media continues to buy into this myth about bias against fathers in family court. Fatherhood supremacists continue to spread this myth without evidence, as if the truth is in the telling — if you say it often enough, people will believe it. The truth is that mothers by the thousands are losing custody of their children based on friendly parent statutes and bogus legal strategies like “parental alienation” (1)(2)(3), and children are being placed into the hands of their abusers. When fathers disobey court orders, nothing happens. When mothers do, in defense of their children, they get thrown in jail by civil court judges, without benefit of a trial, or a jury of her peers. Judges put gag orders on women to prevent them from talking to the media. (4)

We need to fix this broken system. The ideas are too numerous to list here — enforce the laws that are already in place designed to protect victims of domestic violence and provide equal representation, eliminate psychological testing in custody evaluations, and a case has been made for eliminated custody evaluators. (5) For starters we can put caps on what the attorneys and psychologists, social workers, etc. are paid in scandalous custody cases. You’d be amazed how quickly the “bias” will disappear.

for the Leadership Council on Child Abuse & Interpersonal Violence. Includes gender bias studies. Dozens of studies are included in this report. http://leadershipcouncil.org/1/pas/dv.html

Why Terrorist Tactics Employed by Batterers Are Not “PAS”, Leadership Council, September 2009

“Myths That Place Children At Risk During Custody Litigation”,

Other research cited by Dallam & Silberg:

* Roy , M. (1988). Children in the crossfire: Violence in the home – how does it affect our children? Deerfield Beach , FL : Health Communications.

Stay Out of Court

In response to your article about the custody and court struggles of Arianas Campos-Reese, thank you for raising the public awareness on this issue. In my personal and professional life I have come to conclude that the courthouse is not the place to resolve issues involving the well-being of children who live with divorce in their families. In fact, it often seems like the worst place. Although I’m not sure where Supervisor Steele gets her figures, her estimation that the “court gets it wrong 80 percent of the time” is probably accurate.

In my divorce coaching practice, I strongly suggest to my clients that they work strenuously to do what they can to stay out of court, to work out as many issues as possible out of court because they will likely be unhappy — and their children will suffer — if the court decides. (To say nothing of the additional time and money spent on attorneys’ fees while the matter drags through the court calendar.)

I would like to further educate your readers with the perspective that the court’s “abuses” are not limited to “dads of color.” In my experience, the court deals quite harshly with mothers — white and of color — and often also with white fathers. As your article documents, the bottom line is that the litigation system, which “family court” is a part of, is not well suited to resolving issues pertaining to the care and well-being of children in divorce situations. Instead, perhaps we should work towards shifting to an “alternative dispute resolution” model in family law matters.

Wednesday Must Read: Protesters and Police Clash Until 1 a.m.; CoCo...

A Woman, Her Boring Partner, and an Aging Rocker in ‘Juliet,...