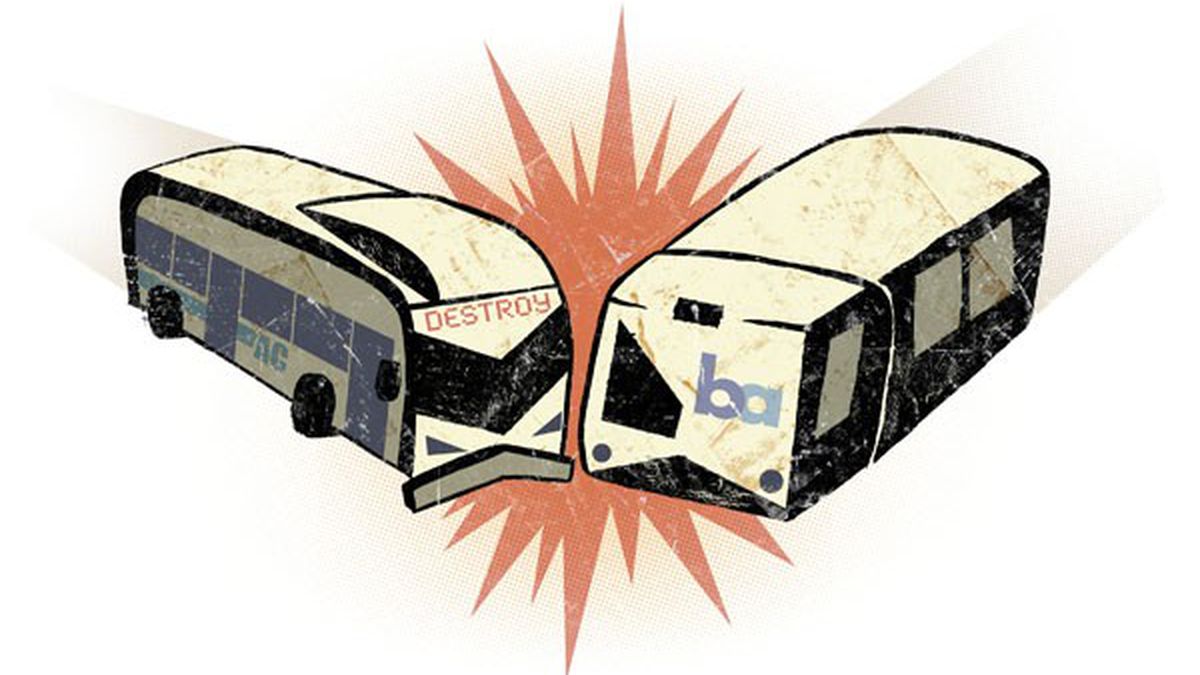 A Pattern of Discrimination

The threat to revoke funding for the Oakland airport connector may also imperil BART's plans for San Jose.

When news broke last week that the federal government was threatening to revoke $70 million in funds for the Oakland airport connector, BART officials acted shocked. But the complaint that prompted the warning should have come as no surprise. Attorneys who filed it have been battling with Bay Area transportation officials for years, arguing that they have engaged in a pattern of discrimination that benefits white suburban BART commuters over minority urban bus riders. And they contend that the feds’ threat may also endanger BART’s plans to extend service to San Jose.

The complaint that led to the review of BART’s civil-rights record was filed by Guillermo Mayer and Richard Marcantonio of the San Francisco-based Public Advocates law firm. Mayer and Marcantonio argued that BART had failed to examine the financial effects on low-income minorities as required by civil rights law when it decided to replace the $3 shuttle ride between the Oakland Coliseum and the airport with an elevated guide way that may cost commuters $6 each way.

Back in September, BART downplayed the complaint, saying it had already studied the issue. But Federal Transit Administration administrator Peter Rogoff wrote BART that agency officials admitted that they had failed to conduct the required equity review under Title VI of the 1964 Civil Rights Act.

Rogoff ordered BART to conduct the analysis immediately and warned that if it failed to submit an approved action plan by March 5, his office would revoke the $70 million entirely. That would not only kill the airport connector, but deprive other cash-strapped local agencies, including AC Transit.

The letter puts pressure on the Metropolitan Transportation Commission, which overseas state and federal transit funding, to make a quick decision on whether to gamble on losing the $70 million or earmark the money for other uses. AC Transit, for example, stands to receive $6.7 million. Even BART would receive $17 million for operating funds, thereby helping the agency avoid more cuts and fare increases.

MTC Commissioner Tom Bates, mayor of Berkeley, said he hopes Rogoff’s letter puts a “nail in the coffin” for the airport connector, which he regards as a boondoggle. But BART spokesman Linton Johnson said his agency has received no indication that the MTC will vote to kill the project when it meets on January 27.

Marcantonio and Mayer sued MTC in federal court, alleging that the agency has historically funded rail projects for suburban commuters while presiding over dramatic cuts to inner-city bus service. The lawyers showed at trial that of $10.5 billion earmarked by MTC in 2001 for future Bay Area transportation projects, 94 percent was dedicated to new rail, and just 5 percent to new bus projects.

In a court decision last year, federal Magistrate Judge Elizabeth LaPorte agreed that MTC’s funding priorities unfairly impact low-income minorities, but ruled that MTC does not purposely discriminate. Marcantonio and Mayer have since filed an appeal with the Ninth Circuit. As of earlier this week, MTC had not yet filed a response. MTC attorney Kim Manolius did not return a phone call seeking comment. (Marcantonio and Mayer are representing different clients in the case against MTC than they are in the complaint against BART.)

Marcantonio also says that he does not believe that BART or the Valley Transportation Authority in Santa Clara County have conducted a proper equity analysis of the BART extension to San Jose. Because of funding issues, that extension may result in cuts to San Jose bus service that would likely hurt low-income minority riders.

In the end, however, the challenge to the airport connector and a future one against BART to San Jose may not stop either project. BART, for example, may be able to offset the impacts of its higher fares to the airport by providing discounts to low-income passengers who use the connector. Same with BART to San Jose. But such moves would surely drive up fares for everyone else, making the projects even more expensive for taxpayers.

Who Gets Pot Recommendations?