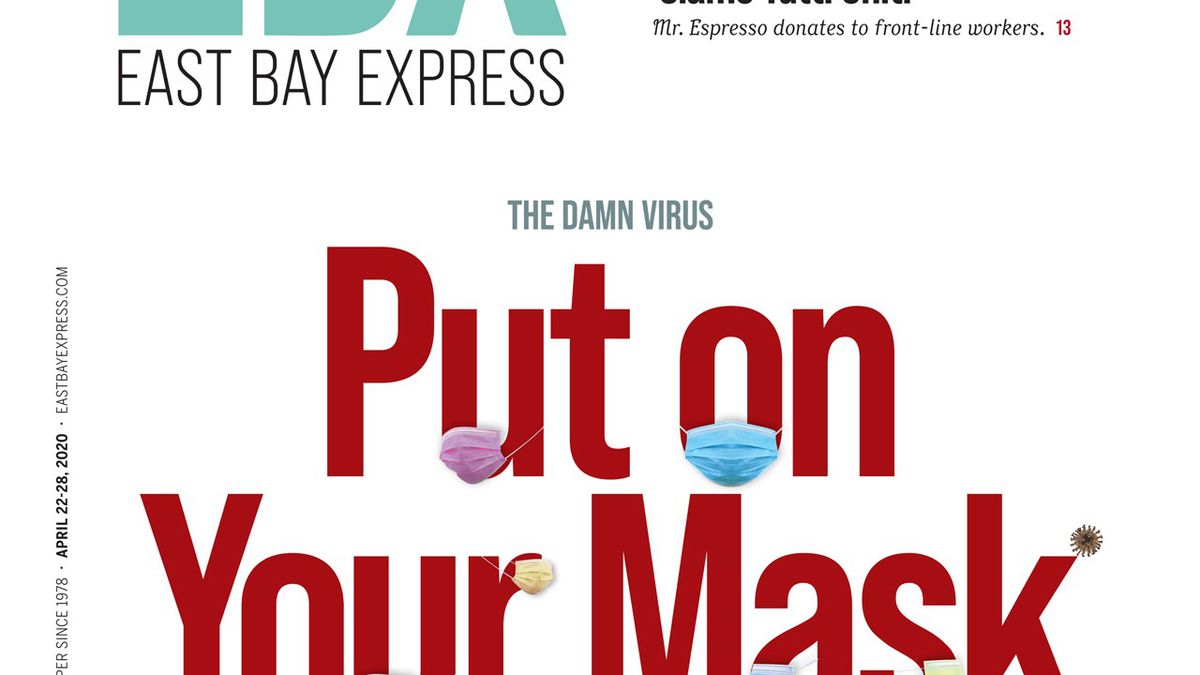 No Mask For Me
Until They Force me

re: “Runners, walkers, and bikers were not wearing masks — despite evidence that people who are exercising leave a potentially contagious plume of droplets for as many as 15 feet behind them.”

I won’t be wearing a mask for running/biking until required. The order makes that exception. I will stay 15′ from those behind me, and 6’+ from all others.

I was waiting in line at Trader Joe’s (Berkeley branch) when 3 young punks, walking close together, yelling and jostling, clearly defiant against distancing, passed the line on the sidewalk. One of them laughed and intentionally coughed on me, almost spitting. Dangerous despite a face covering. I guess there isn’t anything to be done about idiots like those guys. BTW, homemade masks of thin fabric as from a T-shirt are far too permeable. They may help (slightly) with large droplets but not with smaller ones or aerosol. Droplets can project well past 6 feet, so that should be considered a minimum despite 6′ lines that have been drawn on sidewalks.

Are inmates at the local jails wearing masks? Probably not. So when I get imprisoned for not wearing one I’ll also not be wearing one in jail. Smart.

Yes, I was interviewed, but I didn’t write it

I was not the only source the reporter used. She interviewed Najari Smith and other people in the community. I applaud all the great things the county has done and I know our supervisor Gioia has been leading a lot of that effort. The thing that I disagree with is that I get personal and biased attacks because I raised issues that are important to recognize.

A few years ago, Richmond lost the only public full-sized hospital in West County because of lack of funds. At the same time, we saw four of the supervisors voting to give millions of dollars to the sheriff to expand the jail in west county. As we celebrate the great things happening in our community, we need to continue to advocate for what our community deserves. As David Sharples said here “I would have liked to see a longer grace period after the pandemic is over,” Sharples said. “For example, back-rents should be forgiven like it was in Alameda County in order to prevent an explosion of evictions after the crisis is over.”

I didn’t know the reporter before she reached out about this story, and she wasn’t clear what she was going to focus the story on. We talked about a lot of topics related to Richmond, including the small businesses on 23rd, air quality, and others. I told her about the great response to Covid the school district has made by providing meals at sites all over the city. I also specifically told the reporter that she should talk to the county public health department. Why she didn’t talk with the mayor or Gioia is beyond me. I know you know that I couldn’t control what the reporter put out. Related to your point about race — there are numerous recent reports about how African-American communities and communities of color have been disproportionately affected by the virus. It’s not racist to recognize this, it’s essential to preventing it from happening here. I do not know if the county and city have failed or succeeded. I think it is too early to know. Also, Eli didn’t know the reporter either.

John Geluardi: “As far as race, for some reason Rust used a highly problematic form of deduction to imply that ethnic groups in Richmond are infected with the coronavirus. It’s the same invalid syllogism used by racist law enforcement and obstructive policy makers.”

What on earth is Geluardi saying? Every single epidemiologically-literate and justice-conscious person in the world, acknowledging that Covid is hitting people of color MUCH harder than whites in the U.S. so we need to DOUBLE UP our efforts to protect them. Does the East Bay Express have no editors anymore?

IMO, the reason we have low rates of the virus has nothing to do with testing. When we were told to shelter in place, we (for the most part) did just that. When we were told to stay six feet apart, again, for the most part, we did that. We were toil to wear masks inside, and again, we do that. We wear them whenever we’re near someone while we’re getting some exercise outside, sometimes leaving them on completely.