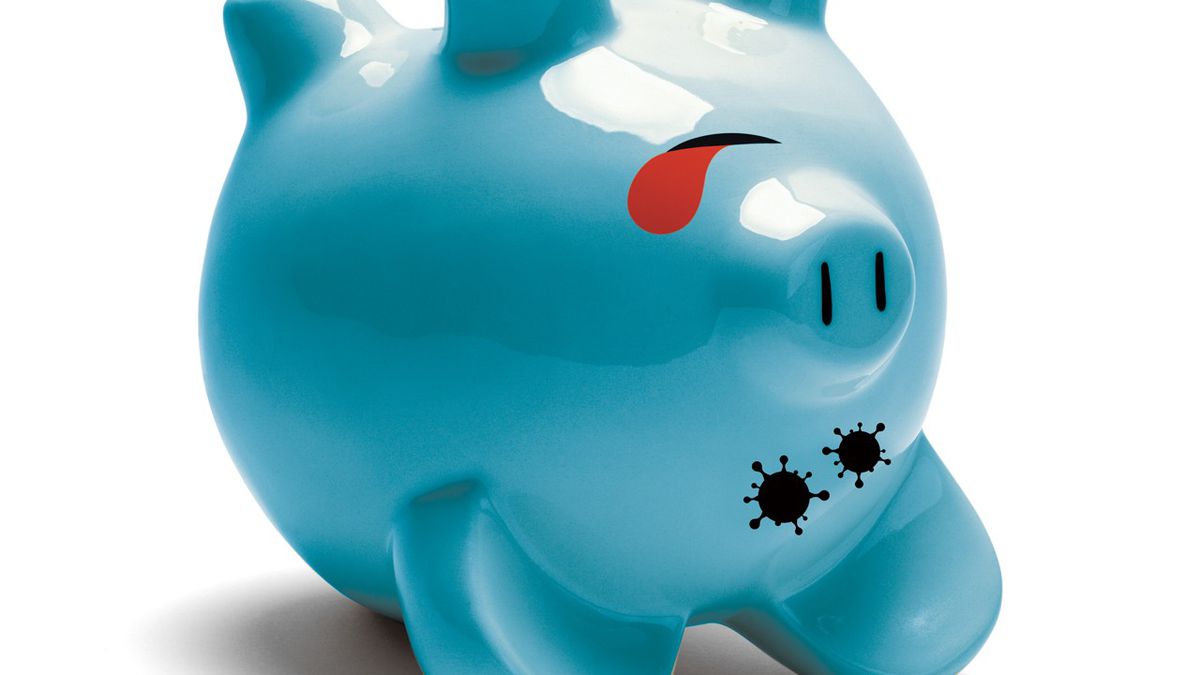 Bracing for the Worst

The massive $2.2 trillion Coronavirus Aid, Relief, and Economic Security Act set aside $339.8 billion in federal aid for state and local governments affected by the novel coronavirus pandemic. So naturally, cities in the East Bay — one of the country’s most populous urban areas — could expect to receive significant financial relief, right?

Actually, not so much. Specifically, here is the exactly amount how much of that aid will be directed to East Bay cities under the CARES Act is in the East Bay: $0.

The federal government’s decision to withhold such funding for cities with populations of less than 500,000 people is unfairly hampering Oakland’s ability to survive during the pandemic, Mayor Libby Schaaf said last week. But it’s not just Oakland.

With a population of roughly 440,000, Oakland misses the mark. Yet the minimum population requirement adversely affects almost every city in the Bay Area. Only San Jose and San Francisco are large enough to qualify for the direct payments.

“That has been a real frustration,” Schaaf said during a conference call last week hosted by Assemblymember Rob Bonta, and including the mayors of Alameda and San Leandro.

“This economic interruption is impacting our revenues hugely,” Schaaf said. Unlike the federal government, which can and does run budget deficits year after year, local governments are required by law to approve balanced budgets every fiscal year.

Amid potential massive reductions in local revenues caused by economic disruption from the Covid-19 pandemic, Schaaf said, “The federal government is the only entity that can bail us out.”

San Leandro Mayor Pauline Russo Cutter said she expects budget cuts for the coming fiscal year.  “It’s going to be a conversation we will all have,” she said. Cutter asked Bonta to lobby in support of a rate freeze on California Public Employees’ Retirement System (CalPERS) payments. “There’s no way, on top of the other deficits, that we could sustain a rate change,” she said.

Alameda Mayor Marilyn Ezzy Ashcraft said she fears that many local businesses may not be able to make it through the pandemic. She reiterated Schaaf’s concerns about the inability for local businesses to merely apply for federal relief loans. “There’s a high level of frustration about not being able to access these loans,” Ashcraft said. “Some have not even been able to get into the system.”

Schaaf also registered annoyance with the federal government’s Small Business Administration loan program. “I hardly know a single business that was able to get one of the SBA loans during the first round,” Schaaf said.

The Oakland mayor also expressed concern about the city’s ever-present digital divide. While the city and local philanthropy have ameliorated the lack of Internet connectivity and computers for some students in Oakland, the issue remains dire. About 17,000 students in Oakland have no WiFi or computer equipment, Schaaf said, and another 8,000 are “underconnected.”

Like San Leandro, Alameda now has healthy general fund reserves to work with, at least for now. Alameda has more than $30 million socked away, while San Leandro has more than $40 million. “But that’s not sustainable over time,” Ashcraft said. “I have grave concerns for our city’s budget going forward.”

Bonta also received a lobbying pitch from Ashcraft on the need for the state to pass a $7 billion stabilization fund for local cities. The plans have been pushed by among others, the League of California Cities, and is proposed to cover the next two fiscal years.

“We haven’t seen the last of the stimulus packages from the federal government,” Bonta told the mayors. “There’s hope that we can fill that gap at the federal level.” The House of Representatives last week is seeking $3 trillion in additional relief that would include $1 trillion for states and cities. Bonta added that the state is looking to offer block grants for local cities.

Meanwhile, officials with Alameda County say their best-case scenario is a projected $72.1 million funding gap — and that does not take into account impacts from Covid-19. County officials expect to be steamrolled by rising expenses and sharp declines in revenues in the near and long-term.

“We are in an unprecedented time period,” Alameda County Administrator Susan Muranishi told a Board of Supervisors budget workshop group last week.

As the funding source for county health services, and because the county’s primary role is to act as a safety net, any ongoing financial distress will seriously affect aid and programs for low-income residents, children, seniors, and the disabled. Anecdotal evidence suggests demand for county services has skyrocketed since the shelter in place was ordered in mid-March.

The decision to offer a “maintenance of effort” budget without current and future expenditures related to Covid-19 was to give county supervisors a baseline before making further budget decisions later this year, Muranishi said. She added the county will likely reopen its budget sometime in August or September to reassess the local budgetary situation.

The county typically reports an initial budget shortfall somewhere between $50 million and $100 million before eventually balancing its budget. For example, last year’s shortfall was $60 million. But during difficult economic times, such as the Great Recession, it ran a budget shortfall of $177 million in 2008-09.

Of primary concern is an estimate by county staff that the pandemic could decrease county tax revenues by 10 percent. Alameda County’s Measure half-cent sales tax, approved by voters in 2014 to fund Alameda Health System, for one, could be greatly affected by such a dramatic reduction in funding.

The sales tax brought in $164 million in tax revenue during the 2018-19 fiscal year. Highland Hospital in Oakland, the county’s main safety net hospital, received $123 million from Measure A. With the local economy ground to halt going on two months, sales tax revenues have assuredly nose-dived, and further impacted a hospital system that was operating on razor-thin margins even before the pandemic.

Real property transfer taxes and hotel taxes, among a number of ancillary revenues are projected to also decrease, county official said. Property taxes, however, are expected to stabilize for the time being. Following a recession, county staff explained, a reduction in property taxes typical takes a few years to develop.

The county’s budget workshop provided a roadmap for how the Board of Supervisors hope to balance the $3.1 billion budget. Its members backed an option that would cut more from public protection programs — most notably the sheriff’s department, district attorney’s office, and probation department — plus health care, and general governmental operations, while leaving public assistance programs virtually intact. District Attorney Nancy O’Malley voiced support for this option during the workshop meeting. Under the proposal, only $2.9 million would be cut from public assistance.

The Board of Supervisors will continue with the budget process later this month before approving a balance budget for the upcoming fiscal year by June 30.

Oakland’s lawsuit against the Raiders and the NFL over the team’s relocation to Las Vegas was dismissed by a federal court judge on Thursday, according to Bleacher Report. The city’s lawsuit sought to recover damages, including lost revenue and investment in the team and Oakland Coliseum. …

The five fired Oakland police officers involved in the shooting of Joshua Pawlik in 2018 were reinstated after it was found that the Oakland Police Commission violated the Brown Act, the state law for transparency in public meetings, KPIX reported. …

Wallpaper. Stuck at the Airport.