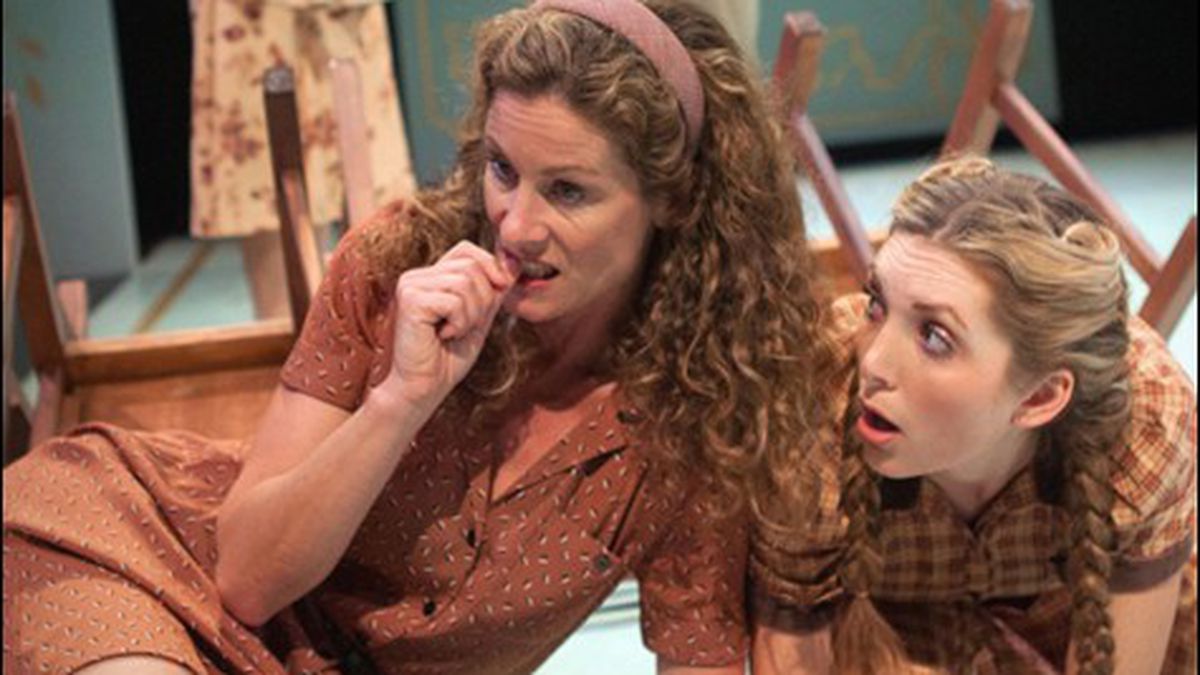 Thornton Wilder’s play Our Town has long been a staple of high school theater everywhere. But it’s popularity is somewhat counterintuitive. While the play explores community and small-town life, ultimately, it’s about mortality and loss. And, if it’s done right, it can be pretty piercing. According to Wikipedia, a 1946 production in Berlin was halted because it was deemed so depressing that people feared it might lead to a wave of suicides.

Beginning in 1931, seven years before he wrote Our Town, Wilder (who actually graduated from Berkeley High) began examining these themes in several one-act plays; four are being staged at Aurora Theatre under the title Wilder Times. Marvelously staged with cogency and humor under Barbara Oliver’s deft direction, the plays consider the stages of life from infancy to old age, as they reveal family connections and disconnection among generations.

Set in Central Park, Infancy begins with a nanny (terrifically played by Heather Gordon) parking a gigantic pram and sitting on a bench to read her Harlequin-type novel, which makes her somewhat hot and bothered and oblivious to the crying baby — actually an adult man in a lace bonnet — in the carriage. Baby Tommy (Patrick Russell) is desperately trying to understand adults. Helping him is baby Moe (Brian Trybom), whose parents fill his head with facts, having been informed that babies are geniuses who learn more in fourteen months than they will after that. “Sometimes these are called fingers, but sometimes they are called ‘piggies!'” Moe explains, trying to make sense of the adult world.

But the adults are anything but grown-up. The cartoonish beat cop (Søren Oliver) pines for the ditzy nanny, but knows he is not allowed to exchange personal remarks with citizens. “Personal remarks make the world go ’round,” he blubbers. And the nanny is similarly ardent. The whole thing hinges on a sight gag, but introduces themes of differing perspectives and the generation gap.

The next play, Childhood, takes the generation gap to a darker place. Stacy Ross plays a mother who is forever exasperated by her three children’s morbid pretend-play. “Caroline would be in constant mourning if it were up to her,” she tells her husband (a golf-playing Fifties-era dad played by Trybom). The parents have all sorts of expectations of their children (played by Marcia Pizzo, Gordon, and Patrick Russell), but the kids really only have one rule: They will imagine all sorts of morose scenarios but they will not say “death.” They say “away.”

Make-believe becomes wistful as the parents appear as uninvited characters in the kids’ pretend-game, which slips into an unsettling dream in which sad people take the fun out of things. It has the increasingly uneasy feel of a Ray Bradbury story.

The Happy Journey to Trenton and Camden bears a resemblance to Our Town in its bare-bones narrative and unadorned directness. It marks the first appearance of Thorton Wilder’s Stage Manager character, who shows up in Our Town. The Stage Manager flatly reads lines from off-stage. It’s an element of Brechtian anti-realism; the play is more than its story and Wilder doesn’t want us to be lulled into placid spectatorship.

Pantomiming a car ride, a wide-eyed provincial family takes a road trip to see the “married daughter.” The family members are easy-going, good-natured, and marvel at the world through their windows. The wife is deferential to her husband, the children are well-behaved, and, if a parent is cross, a son is contrite and everybody hugs and tears up. Ross once again shines as the austere but nurturing mother who faces life’s tragedies with a kind word but a resolutely stiff upper lip.

The last play, The Long Christmas Dinner, is a brilliant blending of realism and modernism as one family meal lasts a century. Aging matriarchs, patriarchs, and progeny switch seats in a comic — but unsettling — game of musical chairs.

The play takes a cubist approach to time as it simultaneously moves as fast as lightning and as slow as drying paint. The approach is brilliant. Actions repeat and words are spoken again and again. Babies are born and characters exit the stage to die with nothing more than the light sound of a gust of wind. There’s a sense of vertigo to the multiple temporal progressions — nothing changes and yet everything does. We’re shown what the characters can’t see — that life can be minute and momentous, and that tedious minutes add up to epochs.

Part of what makes Wilder Times so effective is the smart use of smart. Pizzo, who plays the defiant eldest child in Childhood, plays the mournful adult daughter in The Happy Journey. In Childhood, she begins to sense that life will hold sadness, which will replace pretend-sadness. In The Happy Journey, she comes to experience this and, in a wheelchair in The Long Christmas Dinner, she looks back at her childhood and implores her children to remember. And to write it down.