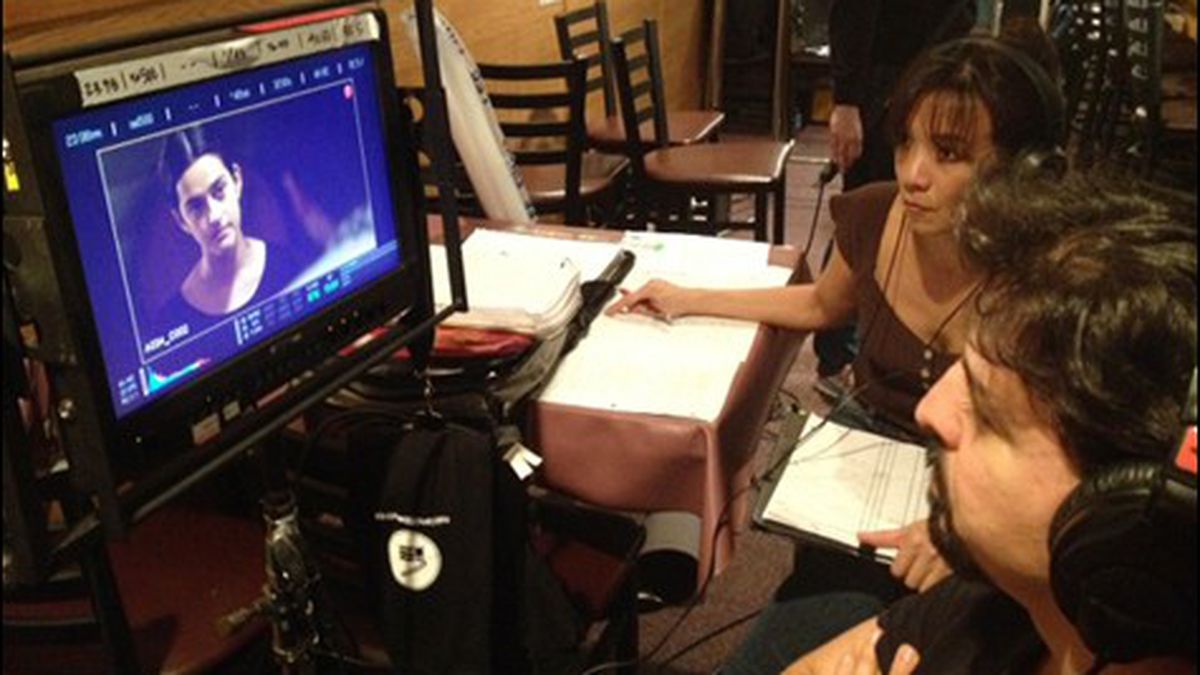 A new independent movie filmed at Oakland sushi restaurants explores adversity in life and in the kitchen.

On the silver screen, Oakland is better known for cameo roles than for playing the lead.

In Howard the Duck, it was one of many glamorous filming locations, including Cleveland and Sacramento. Julia Roberts played a Fruitvale resident in Dying Young, earning Oakland some B-roll footage; most of the screen action happened in San Francisco. Most of Basic Instinct was filmed across the bridge, except when one of the leads catches a bullet in Oakland. Even Moneyball, everyone’s favorite Oakland star vehicle, was mostly filmed in Culver City.

East Bay native son Anthony Lucero doesn’t get it. He is now hip-deep in directing his first feature-length movie, an indie drama filmed entirely in Oakland, and he wonders where his predecessors are. “There are so many untapped resources here, so many cinematic locations that haven’t been explored,” said Lucero.

His movie, titled East Side Sushi, tells the story of a Latina single mother who leaves her family’s fruit-vending business to work at a sushi restaurant. It’s a timeworn tale of overcoming adversity, an exploration of prejudice in professional kitchens, and a buoyant celebration of sushi.

Lucero is a visual-effects editor by trade, with movies like Iron Man, Star Wars Episode 1, and Pirates of the Caribbean on his résumé. He started thinking about making his own movie more than five years ago, at a diner in Alameda.

He was watching a dishwasher at work, pondering the man’s aspirations. Was he content with his lot in life? Did he hope to eventually become a cook, or maybe something bigger?

Like most kernels of inspiration, this one underwent some retooling on its way to being realized. The lead was initially going to be named Juan, giving the chance for a punny movie title: Konichi-Juan. But Lucero realized the stakes would be higher if the hero was female (he changed the name to Juana).

He also decided not to set it in a high-end French restaurant — his original choice — because he felt like Japanese food was more “dynamic, beautiful, and cinematic.” It’s a debatable point, though any fan of the sushi-chef documentary Jiro Dreams of Sushi knows how well sushi-making can translate to the big screen.

Speaking of which, Jiro mania may prove to be a mixed bag for East Side Sushi. On one hand, the film wedded sushi and cinema in the popular consciousness, and demonstrated that an audience exists. But it was also a runaway cultural phenomenon, and Lucero fears that subsequent sushi movies may seem like cheap imitators.

“We don’t want to seem like we’re riding Jiro‘s coattails,” he said. “I’m afraid people are going to think we’re just cashing in on something trendy.”

A quick study of East Side Sushi‘s plot shows it to be a very different type of movie. Sushi preparation plays a central role, but the overall narrative arc is more about character development than sushi-as-art-form.

That’s not to say you won’t see any technical proficiency. Both of the leads — Diana Elizabeth Torres, who plays Juana, and Yutaka Takeuchi, who plays her mentor Aki — had to go through intensive sushi training in Torrance.

It’s an intricate and delicate cuisine. For some of the trickier knife play, they brought in “stunt hands” — an experienced sushi chef whose handiwork will be used in close-up shots.

Lucero himself accrued a vast storehouse of sushi knowledge in preparation for the film. The Internet is a reliably handy resource, but several local chefs also schooled him.

Lucero made cold calls to various East Bay restaurants, assuring struggling English speakers that he wasn’t with the health department. His goal was to ask a bunch of questions and shadow the chefs. Ultimately, Angel Fish and Kamakura in Alameda and Mijori in Oakland became his training grounds.

Mijori also ended up being one of his film locations, specifically a storeroom filled with rice and sundries. But most of the interior scenes are being filmed at Coach Sushi and B-Dama, on days when the respective restaurants are closed.

Using places with different interiors to represent the same restaurant can pose its challenges; for continuity, the crew shuttles a curtain back and forth between the two locations. When the characters walk through the curtain, they go from the front-of-house at Coach to the kitchen at B-Dama. “Pure movie magic,” Lucero quips.

East Side Sushi uses lots of lo-fi film trickery, bred of low-budget necessity. For instance, much of the fish is actually polyurethane, shot from wide angles. Outdoor shots of a Cinco de Mayo celebration are actually from this year’s Día de los Muertos in Fruitvale (all face paint and marigolds will be edited out). And the interior shots for Juana’s residence? Lucero’s sister’s house.

In fact, much of Lucero’s family has pitched in to help with the movie. He’s the youngest of seven siblings; he said they all recognize this is their brother’s big chance. For instance, his brother Paul, a cook at Black Angus steakhouse, has been prepping most meals for the cast and crew.

Outside Lucero’s family, East Side Sushi has been fueled by a lot of generosity. Coach and B-Dama both donated their space for filming, and local restaurants like Sidebar, Bacheeso’s, and Chop Bar have given free meals.

Not to mention at least half the crew is working for free, clocking twelve- to fourteen-hour shifts, six days a week. Lucero pulled most of the actors and crew from around the East Bay. Only the lead actors came from LA.

Casting calls were moved down to Southern California after no one suitable turned up in the Bay Area. “I was really bummed we couldn’t find anyone locally,” Lucero said, “but most serious actors don’t stick around here. All the work is in LA.”

The lead actors have now been crashing with Lucero’s friends for several weeks. Takeuchi had been to San Francisco a few times before, but Torres hadn’t even visited the area. Does she like it? Her answer is measured, in that she hasn’t had much time to explore.

Torres said she spent weeks filming at Coach Sushi without knowing Lake Merritt was across the street. “I just saw the lake for the first time the other night, it was so beautiful all lit up,” she said.

East Side Sushi will finish filming on November 20, followed by editing and shopping it around to national film festivals. If you want to help, you can make a donation on the film’s website, EastSideSushiFilm.com.

Editor’s Note: We got wrong the name of the movie. It’s ‘East Side Sushi.’ This version has been corrected.

The Year of the Corrupt Cop