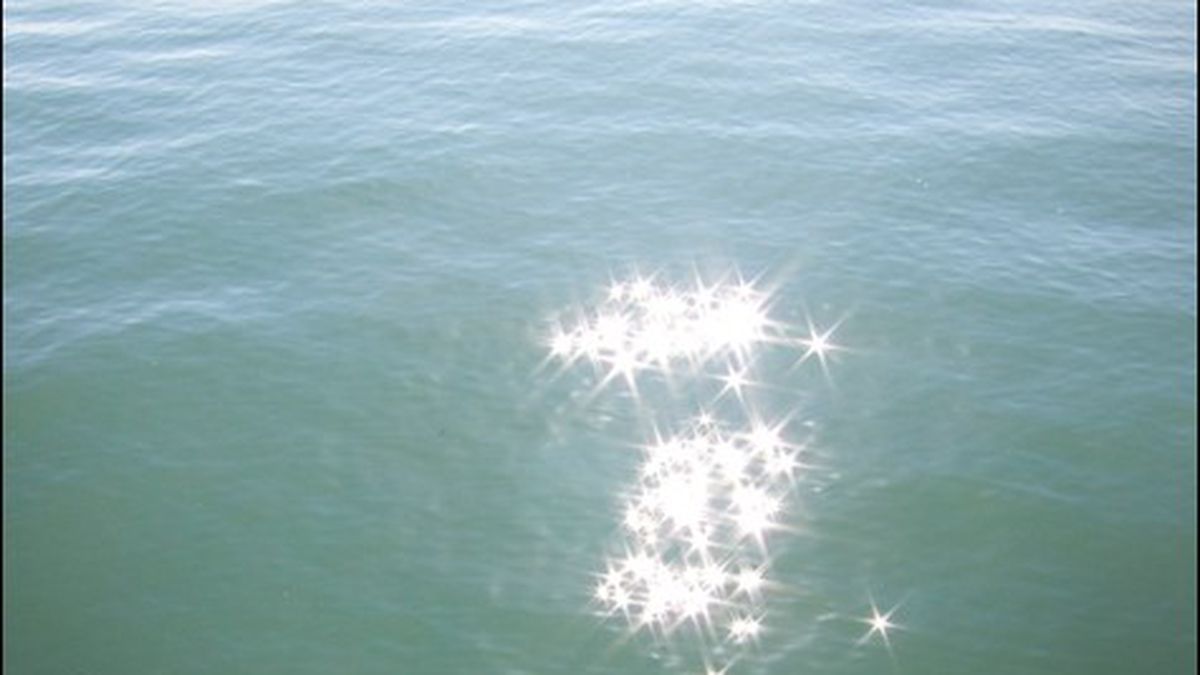 It is amazing that, for a technology that’s 150 years old, photography still manages to baffle us on an ontological level. At least this is true for Mills College MFA candidate Lauren Douglas, whose exhibition I Drew a Sign at a Point in Space, a modest collection of C-prints at Grand Avenue’s newly established Backstock Gallery, doggedly explores the core limitations of the medium: its ability to capture light and, by extension, ostensibly hold a moment in place; its ability to stand in for lived or remembered experience at all.

Of course, someone without such a philosophical bent might find Douglas’ series wholly unspectacular. The fairly diminutive, unframed photos depict everyday moments ranging from light sparkling off the surface of water, to the surface of a cloud layer as seen from the window of an airplane, to what appears to be the night sky. They do not seem concerned with impressing any sort of clear statement on the viewer, and it is easy to pass them off as amateur.

But the mere fact that these photos do undeniably announce themselves as “moments” constitutes a success for the artist, who is concerned above all here with memory and the passage of time. The mechanism is hard to pinpoint, but somehow the expanse outside a jet plane window and the reflection of sunlight off the ocean do feel especially momentary. Douglas’ photographs manage to capture this sensation — she calls it one of “in-between space” — even when the literal result consists, as with some of the pieces in this exhibition, merely of something as abstract as murky, refracted light.

The strongest statement in the exhibition, however, arrives with Douglas’ “Star Fields,” which convincingly appears to capture a section of starry sky but was, in fact, achieved by photographing strewn glitter in the sunlight. The image pairs formally with the shot of a glimmering liquid surface, while ushering in the questions of ambiguity and artifice that endow photography with so much of its power. It is also the most direct gesture toward the exhibition’s title, which references an Italo Calvino story about a character who draws a point in space with the hope of returning to it several million years later. (Spoiler: It doesn’t work out.)

“What I’ve found is that photos of my surroundings and experiences ultimately become something else — just a foggy reminder of the past or, depending on how the experience of looking at them later goes, an entirely new memory,” said Douglas. “My aerial and distanced images are an attempt to address how our experiences are always moving away from us” — never to return, as the Calvino character learns.