.B.A.D. Girls Work Out to Wreck It

Put away your fishnets and break out your weights — it's the new era of roller derby. 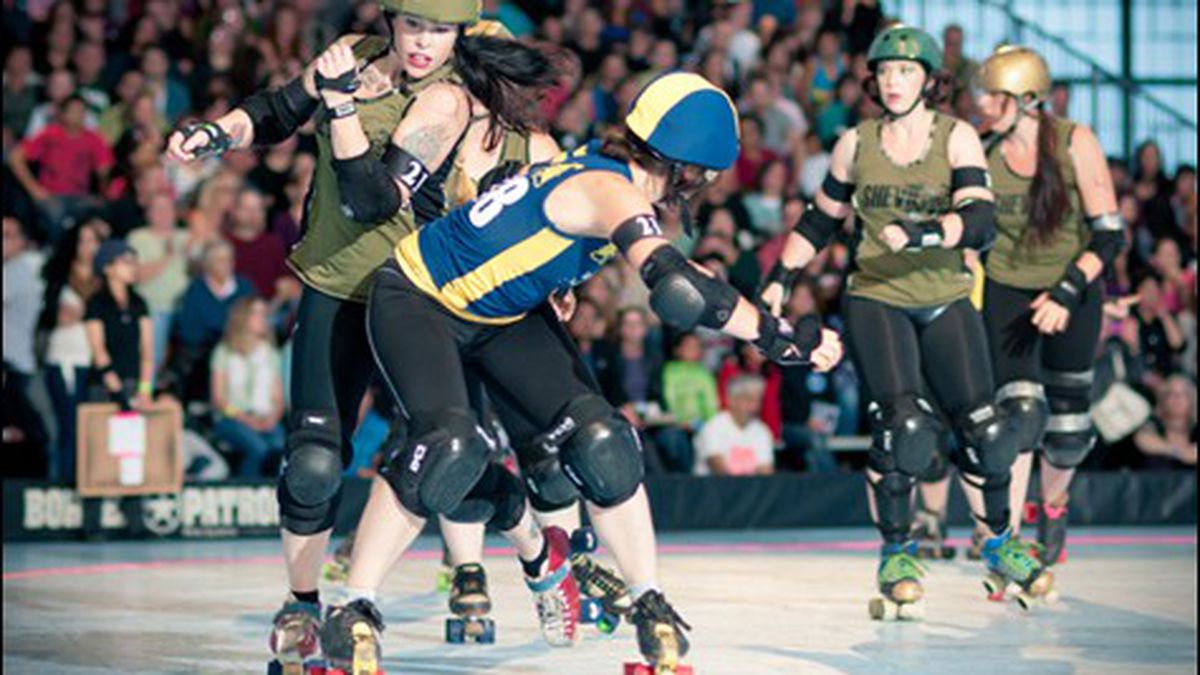 The ladies of the San Francisco ShEvil Dead want you to know they’re dead-serious when it comes to athleticism. So do the Oakland Outlaws, the Berkeley Resistance, and the Richmond Wrecking Belles. Get over the booty shorts, tutus, and theatrical hair-pulling of yesteryear; today’s version of roller derby is a full-time job in black athletic pants. “The early days of derby were definitely the fishnets and the makeup and the whole sex-on-wheels thing,” said Lori Petrini, better known as Eva Menace. “We used to drink before practice, and now most people work out like crazy outside of practice.” On Saturday, March 2, Menace will skate with the rest of the Richmond-based Belles, kicking off the 2013 season of the Bay Area Derby Girls — aka B.A.D. Girls — in a match versus the ShEvil Dead at the Craneway Pavilion (1414 Harbour Way South, Richmond).

Roller derby originated in the 1930s and later experienced waves of revivals from the late Seventies through the Nineties (remember the cheesy pro-wrestling stylings of late-Eighties TV gem RollerGames?). It wasn’t until the early 2000s, when derby experienced a cult renaissance via all-girl matches in Austin, that the punky, hard-edged iteration of the sport began.

In 2004, B.A.D. Girls was established as the first derby league in California, but “most of us didn’t even know what we were getting ourselves into,” said Melissa Chamberlain, aka Miss Moxxxie, of the SF ShEvil Dead. Moxxxie is one of just two players who started out in the inaugural season and are still active. The culture of the founding derby girls was a far cry from the serious athleticism of the powerful women in their twenties and thirties now trying out for any of the four teams, which has become a fairly competitive process. At the time, derby was something most of the girls did just for fun, hence the booty shorts, tutus, makeup, and pre-game (and mid-game) drinking. Now, with the league ranked internationally and roller derby under consideration to become an Olympic sport by 2020, the leisure days are over. “I think at some point a lot of the girls realized they’re putting so much time and energy into this, and it just wasn’t a joke to them anymore,” said Moxxxie. “You put that much effort into something and you don’t want people to think you’re just drunk girls rollerskating in fishnets.”

Given the elevated levels of athleticism, the games have become even more intense. Each bout is split into two thirty-minute halves divided into a series of two-minute “jams” — spurts of frantic skating whereby one person from each team attempts to score by shooting past the other team’s pack, all while dodging what for most would qualify as a terrifying amount of bodily contact. And while matches are nothing if not rowdy — both in and out of the skating rink — don’t expect the theatrical violence of derby games past. “The hair-pulling, the wrestling, the clotheslining — that cannot happen,” said Menace. “If you’re pulling anyone’s hair, it’s your own teammate’s, and it’s to get ahead of somebody!” Doors at 6 p.m., whistle blows at 7:30 p.m.; $20. BayAreaDerbyGirls.com