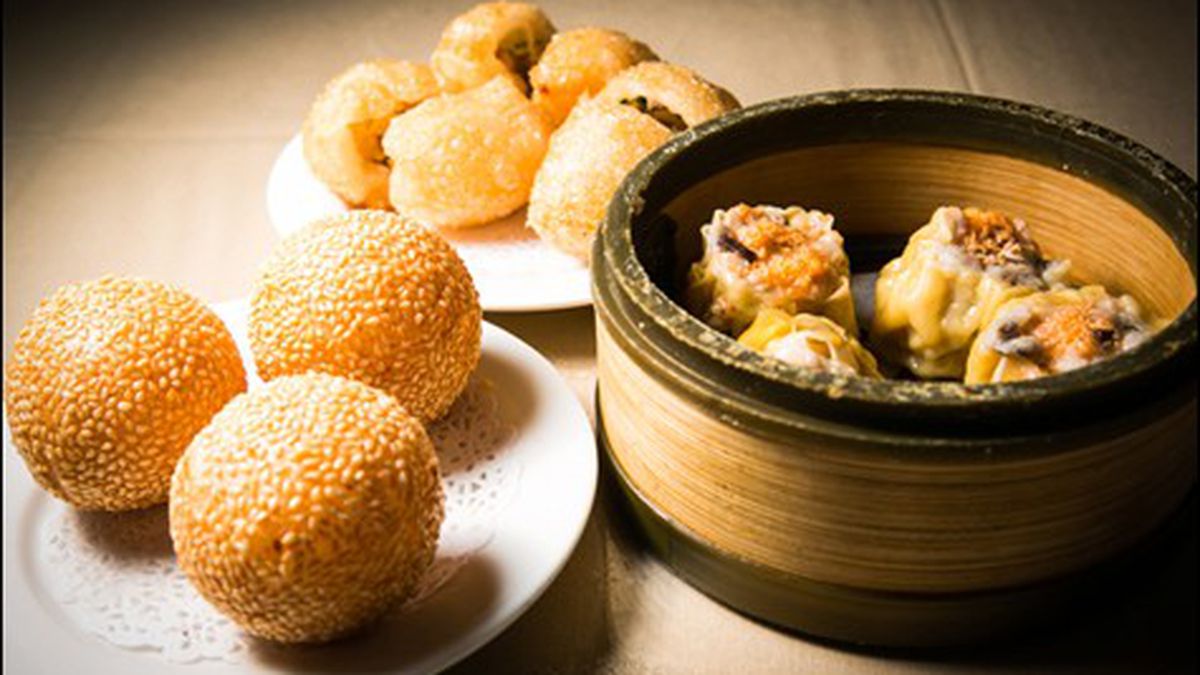 Its workmanlike versions of dim sum classics are made to order.

Dim sum restaurants aren’t exactly expected to reinvent the wheel. Sure, there are higher-end places out on the Peninsula that keep up with Hong Kong’s latest innovations in dumpling construction — places that, back in the day, would slip foie gras into their siu mai. But experienced dim sum eaters tend to value consistency, and even predictability, above all else: They want well-executed versions of familiar favorites.

For this workmanlike approach, there’s Oakland Chinatown, of course, but then you have to deal with the crowds and the elusive street parking. So a couple years ago I started heading out to El Cerrito’s L & L Chinese Seafood Restaurant. The restaurant’s hallmarks were its low-key atmosphere; its low prices; and the freshness of its standard array of dim sum specialties, which are served until 3 p.m. every day. You never had to wait for a table. There was even a small parking lot.

Then, last February, the restaurant shut down due to a kitchen fire — a nasty case in which a cook accidentally locked himself inside the walk-in freezer after putting a pot of oil on the stove (fortunately, no one was hurt). More than a year later, L & L has finally reopened, and I paid a visit to see if the food was as good as I remembered. I was told the chef is the same as before, and that many of the staff returned as well — there was no delicate way to ask if that unfortunate gentleman was still manning the woks. The prices are still a relative bargain: $2.40 for a “small” dim sum item, $3 for medium, and $3.60 for large. Special items sell for $5.50 apiece.

Dim sum novices gravitate toward restaurants that offer cart service — the controlled chaos of the dim sum carts is fun, and being able to actually see what you order helps prevent unpleasant surprises. But at L & L, you order off a checklist — an approach whose big advantage is that all of the food is cooked to order and comes out piping hot. (When you order off a cart, a dish might already have orbited the dining room half a dozen times.) There’s also a full-color picture menu — a handy thing to cross-reference, especially since the English listings are sometimes enigmatic: “deep fried savory triangles” and such.

As noted, the dim sum at L & L isn’t especially inventive, but the kitchen puts out honest, straightforward versions of the classics — nothing was over-sauced, and most items weren’t overly greasy. The shrimp rice noodle roll was especially tasty — the noodle roll was soft and impeccably fresh; the enclosed shrimp were plump. A light drizzle of sweet soy sauce, the traditional accompaniment, was applied tableside. Meanwhile, the chef’s siu mai, those yellow-skinned pork-and-mushroom dumplings you’ll see every table ordering, were above average, if a bit more gristly than I would have liked.

The kitchen has a light touch with deep-fried items. Two highlights were the taro dumplings and the aforementioned “savory triangles” (haam sui gok, or salt-water dumplings). The former consists of mashed taro that’s fried until the outside forms a crispy, netted exterior. The latter has a layer of sticky sweet glutinous rice cake (think mochi) on the outside, also fried to a crisp. Both had a delicious ground-pork filling flecked with bits of shiitake mushroom and potent cilantro stems. Both were surprisingly lacking in grease.

The item that had left the strongest impression from my pre-fire visits was the turnip cakes, a savory treat made with finely shredded daikon radish that’s molded into a cake with bits of dried shrimp and smoky Chinese ham. L & L’s version was among the best I’d had in the Bay Area — packed full of daikon, whereas other restaurants loaded theirs up with rice-flour filler. The batch I got on this occasion was flavorful and nicely pan-fried, but mildly disappointing: The chef seemed to have skimped on the daikon as compared to before.

Surprisingly, the worst item we tried at L & L is probably the most iconic dim sum dish of all: those translucent purse-shaped shrimp dumplings known as har gow. The shrimp in the filling just weren’t good: they were small and overcooked and old-tasting.

Another night we returned to check out L & L’s dinner menu, where the most interesting items were listed in a section labeled “chef’s specials.” But I ordered impulsively, and not asking our server for a more detailed description of dishes turned out to be an act of hubris.

The fish maw and bean curd clay pot wasn’t what I’d expected — I’d forgotten what fish maw (a crunchy internal organ) was; there wasn’t any bean curd; and the whole thing came in a sterno-burner-equipped hot pot instead of a clay pot.

The lobster lo mein also disappointed: The lobster (chopped up and fried in shell) was fine, but the noodles were pale and limp — not lo mein at all, really — and what little sauce there was was relatively bland.

That’s not to say there weren’t gems to be found: The roast duck was fantastic — juicy and just fatty enough. And a plate of wonderfully sweet cherry stone clams with spicy XO sauce was another winner.

But on the whole, dinner at L & L was decidedly more hit-or-miss than dim sum. Still, the prices were so reasonable and the staff was so sweet, especially to the eleven-month-old in our party (her favorite dish: the duck) that I vowed to come back and give it another shot.

After all, there are plenty of intriguing items to try: Dungeness crab in pumpkin sauce, stir-fried shrimp with salted egg yolk, and a sizzling fish head clay pot.

Next time, I’ll just ask a few more questions before I make up my mind.