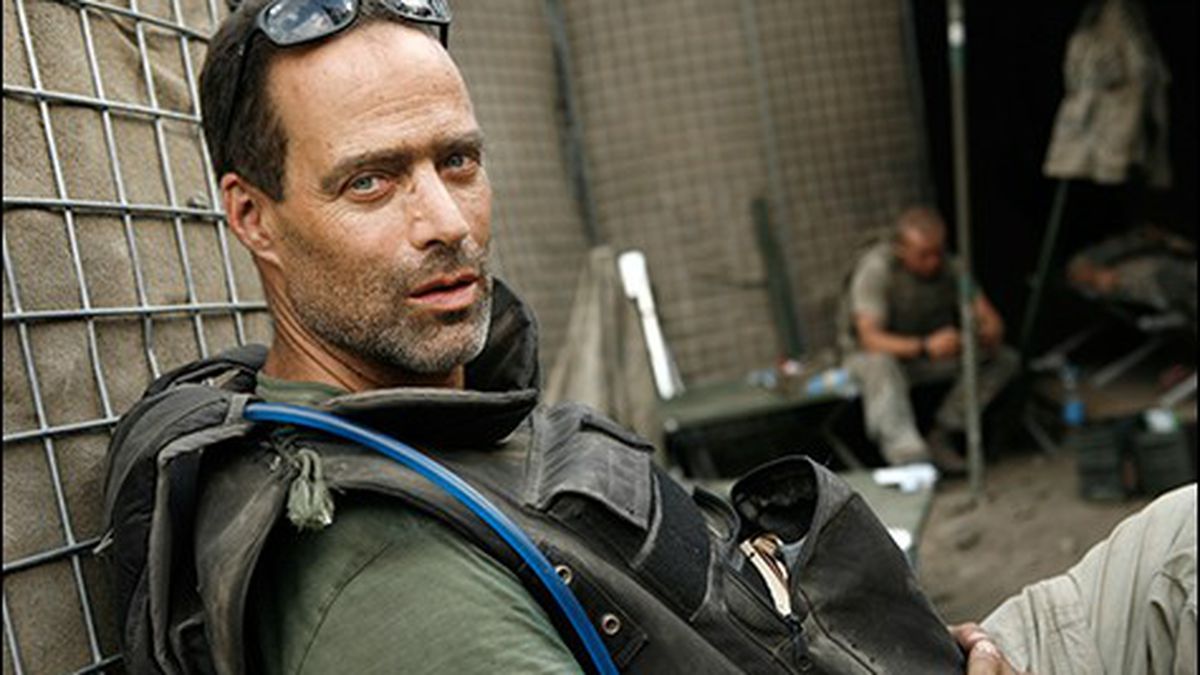 Journalist-filmmakers Sebastian Junger (The Perfect Storm) and Tim Hetherington made the documentary Restrepo in 2010 to show American audiences what life and death were like for a detachment of US Army troops at an outpost in the Korengal Valley in Eastern Afghanistan, near the Pakistan border. Now Junger has made what amounts to the “sequel,” Korengal.

Director Junger and fellow cameraman Hetherington essentially embed themselves with the soldiers under the command of Capt. Dan Kearney, whose job is an inversion of the “boredom punctuated by terror” cliché about combat: firefights every day, broken up by the mandatory, sardonic, political sit-downs with Afghan village elders. We can plainly see that the task of foreign soldiers trying to suppress a native insurgency is tremendously difficult, if not hopeless, but that doesn’t stop Kearney’s men from growing as characters as the film goes on. “Imagine living two feet from someone for months at a time, and not being able to get away,” explains one soldier. In candid scenes, some of them seem as if they’re going crazy on camera, which would explain guys arguing with each other for hours over who would win in a fight, George Clooney or Fabio.

That only makes them more human. Whatever our opinion of the wars our country has been fighting in the Middle East and Central Asia, films like Restrepo and Korengal remind us that Americans not very different than ourselves took the military as a job of work, and the life-or-death situations of combat have bonded them together more strongly than anything they’ve ever known. Call it human nature. These men are unforgettable.