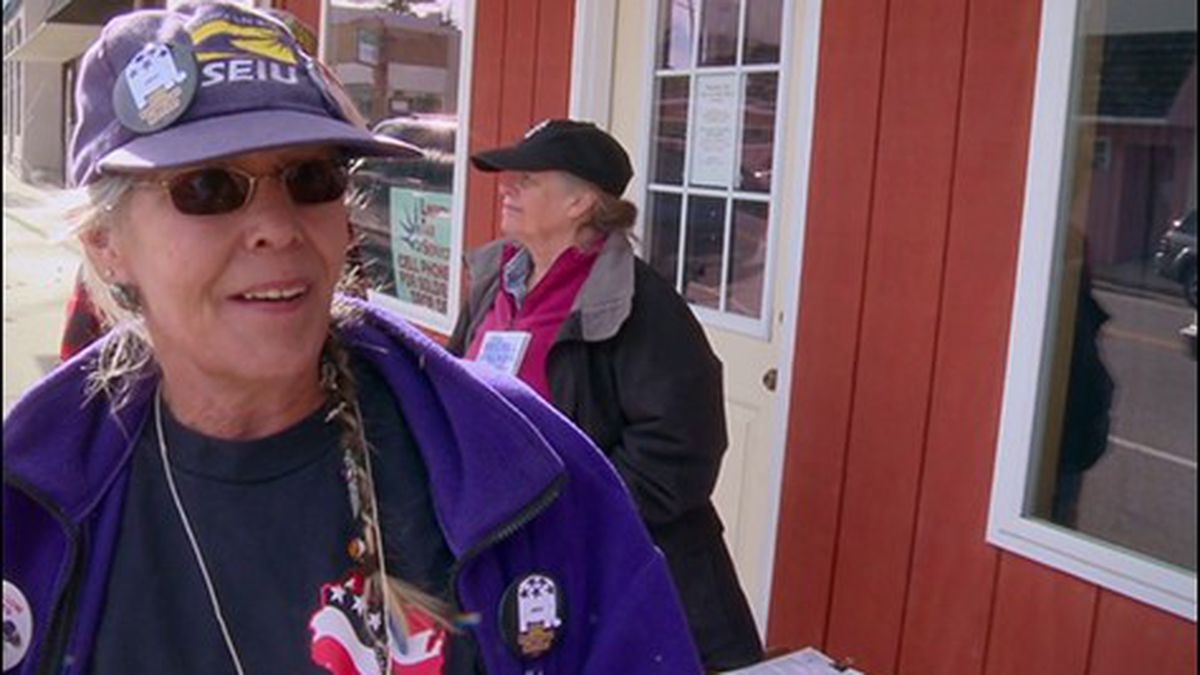 Citizen Koch may not be the most smoothly organized documentary of the year, but it certainly fires a lot of arrows at its target: the woeful effect of huge amounts of money on the American political system. The bogeymen are David and Charles Koch — ultra-conservative energy and chemical moguls from Kansas with an estimated $72 billion combined net worth — and like-minded rightwing members of the fabled One Percent.

Their objectives could scarcely be made any plainer: to smash labor unions; to eliminate pesky government regulations; to reduce taxes on corporations; to disenfranchise low-income and minority voters by passing “voter ID” laws and other barriers; to support climate-change deniers; to demonize Democrats, organized labor, and various other “enemies”; and to generally shred the Constitution at the same time they pretend to worship it. The Kochs and fellow hard-right, big-money conservatives, operating behind a network of front groups including Americans for Prosperity, aim to accomplish all that by, among other methods, saturation advertising against vulnerable foes. Those “other methods” share at least two commonalities: They all involve large amounts of money, and they’re kept as secret as possible.

Carl Deal and Tia Lessin’s doc illustrates the culture clash by zeroing in on Wisconsin during the run-up to the 2012 presidential election. The Tea Party (remember them?) and Republican pit bulls like Sarah Palin (remember her?) and Wisconsin’s newly elected governor Scott Walker staged an uprising against public-employee unions and their favorite adversary, Barack Obama, with racist demagoguery and waves of attack ads. They were encouraged by the Supreme Court’s 2010 Citizens United v. FEC ruling, which had opened the floodgates of private money to candidates ready to court the billionaires’ support. The assault was semi-successful. Obama won, but labor and numerous incumbents took it on the chin. “It was a huge power grab by corporate America … and sadly the Supreme Court was a tool for their interests, instead of being the guardian of our Constitution,” laments one of the Kochs’ victims, former US Senator Russ Feingold.

In order to make its point, Citizen Koch detours from an analysis of the Koch brothers’ machinations to a ground-level view of grumpy Wisconsin voters who helped turn their state upside down. As has been the case since the 1960s, the mystery is how so many middle- and working-class people could be persuaded to vote against their own interests by watching TV commercials. Filmmakers Deal and Lessin — who made the electrifying Hurricane Katrina doc Trouble the Water and have produced films with Michael Moore — talk to a motorcycle shop owner and his wife, both military veterans; a female farmer; and an ex-GI state prison guard, all of them at first enchanted by, and then disgusted with, the Tea Party and the way their admittedly unsophisticated political frustrations (the motorcycle guy had never before voted in his life) were manipulated. We also tag along with 2012’s most obscure presidential candidate, former Louisiana governor and campaign finance reform advocate Charles “Buddy” Roemer, who favors public funding of elections. The documentary dissipates some of its power with these digressions, but the point gets made: In a democracy even the richest individual has only one vote, the same as the poorest.

Running in tandem with the detective-style political investigation in the film is an off-screen story. Citizen Koch premiered at the 2013 Sundance Film Festival. According to reporter Jane Mayer’s piece, “A Word from Our Sponsor,” in the May 27, 2013 issue of The New Yorker, the film became embroiled in a squabble involving Deal, Lessin, and the movie’s other producers; San Francisco’s Independent Television Service (ITVS), which distributes films to public television; and New York’s public-TV outlet, WNET. At issue was Citizen Koch‘s damning portrayal of the Koch brothers and the film’s upcoming appearance on the station’s schedule — a situation aggravated by the fact that David Koch serves on the board of WNET and donates to the station. Apparently no one, other than the filmmakers, wanted to piss off the moneyman for fear of having their funding eliminated. But it’s in theaters now and the Kochs can’t do anything about it.

“Money is a weapon,” says Buddy Roemer. He’s got a point there. Common Cause and its allies are leading a push for a constitutional amendment to overturn the Supreme Court’s Citizens United decision. Concurrently, the Move to Amend coalition is working to pass local and state resolutions in support of the 28th Amendment, which states that corporations are not people and money is not protected speech. You can find details on these and other political actions at CitizenKoch.com

The Thane, in Uniform