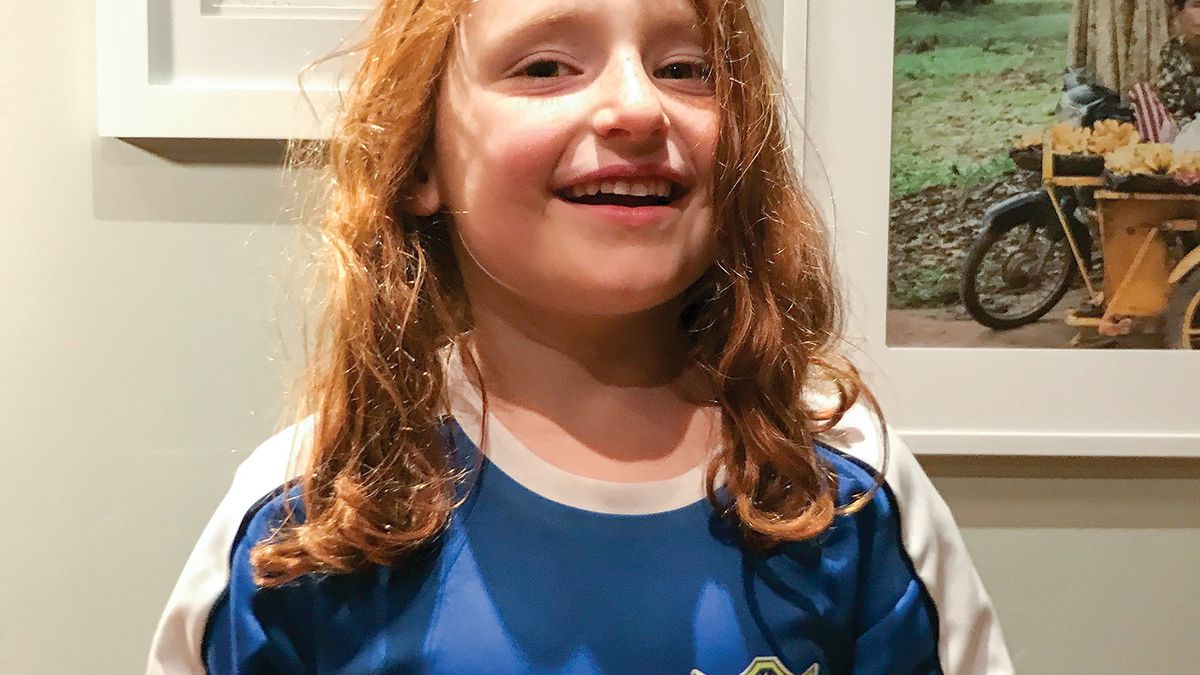 Trying to figure out what kids want these days is almost as difficult as keeping up with Donald Trump’s tweets. Tastes change constantly, and what was so desperately wanted last year may be completely forgotten about this year. If you don’t have kids of your own, keeping up with these fluctuating desires can be nearly impossible. So, I rounded up some East Bay kids and asked them what they want. Some of their answers changed mid-sentence.

What do you want for Christmas?

“I want a doll with reindeer ears. I want a cotton-candy maker. You get a popsicle stick and it turns on and you put it in there and it gets cotton candy.”

Any type of ball?

“I want pink and purple.”

[I want] a dog on TV. You think it’s a dog but it’s not. [Author’s note: She’s referring to Little Live Pets Snuggles My Dream Puppy]. And a girl going up and down on a ladder.

Why do you want that?

“Because sometimes I go to gymnastics.”

“I want Pippi Longstocking. It could be Pippi anything. And I want roller-skates and a remote-controlled car and shoes with laces.”

“I want five Elfs on a Shelf, including a reindeer and the dog. I want a cotton-candy maker, a remote-control car. I want a drone. I want a ventriloquist dummy. I want lots and lots of clothes. I want a bunch of LEGOs. I want some clothes for my dog. Yeah, that’s pretty much it.”

“No, it’s not. What are those dummies with a wood stick at the top?”

“A marionette! Okay, make sure you put that on my list. Don’t forget.”

If you got a drone, what would you do with it?

“Probably stalk my dog. I would fly my drone on top of my dog so I know everything that she’s doing so she doesn’t chew up my toys. … I also want a bunch of Stunt Robots.”

“They’re little robots. They’re like robot butlers for kids. And I want to get a better fish tank for my fish. That’s it.”

Are these things your friends want? Or are these just things you want?

“My friends want robots and stuff. But the marionette and the ventriloquist dummy — no, I don’t want the ventriloquist dummy because those guys freak me out. No, I do want it, I do want it! They would just die if I had it. They wouldn’t want to come to my house. I want those things so I can do a puppet show. And I want to watch TV and have a fire.”

“And I want some new Nikes! And some new Currys.”


“Items I currently want for Christmas would be: 1) a charging stand for my PlayStation controllers, 2) a screen protector for my phone because I fear it’s always getting scratched up in my pocket, and — this is a little young for me but — Transformers because I’ve gotten them every year and they’re cool.”

What kind of Transformers?

“Specifically, [from] the movie Transformers because I’ve had them from every other movie and it would be a shame if I stopped one year. Plus, they’re better this year. Gift cards always work from Best Buy, Target. What else might work might be phone accessories, other technological accessories. Those are always good. That’s what I can think of right now.”

Do other kids your age want similar things?

Is what you want this year different from last year?

“Last year wasn’t that different. Actually, I forgot to put on [my list] this year, another thing I want are specific PlayStation games, which is similar to last year. I’d have to say Destiny 2 and Call of Duty: World War II. Last year was different. Last year I wanted clay. I always want clay, that’s always a main one. Last year I also wanted Call of Duty: Infinite Warfare and I wanted a nice pea coat, which I got and it was really nice, along with a cologne and a nice VR headset. That was neat.”

What kind of clay?

“Sculpey clay, those big packs. I always want those. I get them every year. They’re great, I always make really cool things out of them. But by the end of the year, I always either get them dirty so they’ll be not as good or I’ll lose them.”

Do you think you’re going to get all of these things for Christmas?

What are your top items?

Those are your main priorities?

“Those are my main priorities.”

What kind? “I like Batman. I’m also very into baseball, so you should get me baseball stuff, and I’m also into electronics, so get me electronics if you want.”

What kind of electronics?

Where do you get slime?

“I have no idea. I have two more things I want: I also want remote-controlled cars and those big cars that you can get inside and drive.”

That’s a lot of stuff. Do you think you’re going to get all of that stuff for Christmas?

You think all of that is going to fit into Santa’s sleigh?

Really? What if it doesn’t? What if you could only ask for one thing?

Do they even make iMacs anymore?

What would you do with it?

What’s one thing you definitely don’t want for Christmas?


Taylor: “I would like a teal KitchenAid mixer, baking supplies, fondant, gum paste, hm… what else? I think that’s it.”

How did you decide you wanted these things?

Taylor: “Can I add something to my Christmas list?”

Taylor: “I know it might be illegal to have these in California but I would like a go-kart.”

Jayla: “I thought you were going to say hedgehog.”

Taylor: “Oh yeah, and a hedgehog… I would name it Reggie.”

Why do you want that?

Taylor: “‘Cause they’re cute, and I want to show that I’m responsible, and I have a love for hedgehogs.”

Why do you love hedgehogs so much?

Taylor: “Oh! Because I know that they’re endangered and since I lived in Atlanta, it was very woodsy … I fell in love with animals. So, I like deer, and since we lived in the South I was okay being around bugs and being around animals because here it’s like, ‘Oh no, we don’t do bugs, we don’t do animals, we don’t do mud.’ But I do mud…. And I would love to protect hedgehogs because I know they’re endangered. I remember I wrote a letter to the governor of California.”

Taylor: “I talked to him about this issue: We’re not really allowed to buy hedgehogs here, but you can have one here, because of endangering issues because what if someone wants to drop them off in the wild? It’s not safe because we have bobcats here. But I think we should form some sort of team that can rescue hedgehogs and care for them and find them good habitat where they won’t get eaten.”

Anything you want to add?

Jayla: “Yes. Also, there are YouTubers nowadays, vloggers, named Jake Paul and Logan Paul. There are two different groups of the YouTube channel thing. … So, I would like to have merch because middle-school now, the trend is merchandise.”

Taylor: “Like Liza Koshy and David Dobrik. They have a cute hoodie that I really want, it says ‘Clickbait.’ And then the Maverick hoodie, I want it bad.”

Jayla: “It’s in [Logan Paul’s] music video, ‘Help Me Help You.’ You can also find his merch on LoganPaul.com/shop.”

Why is merch so big?

Jayla: “It shows your love for the YouTubers.”

Taylor: “And giving them support basically.”

Taylor: “Yeah, it’s a movement. Like the logangsters [Logan Paul’s fans], Logan Paul basically wants you to not be afraid of going at it.”

Jayla: “Being a maverick. Maverick Enterprise.”

Taylor: “Basically doing what you want to do — well, without getting into trouble — trying to accomplish your goals, and if you have a dream, go for it and don’t let anything stop you.”