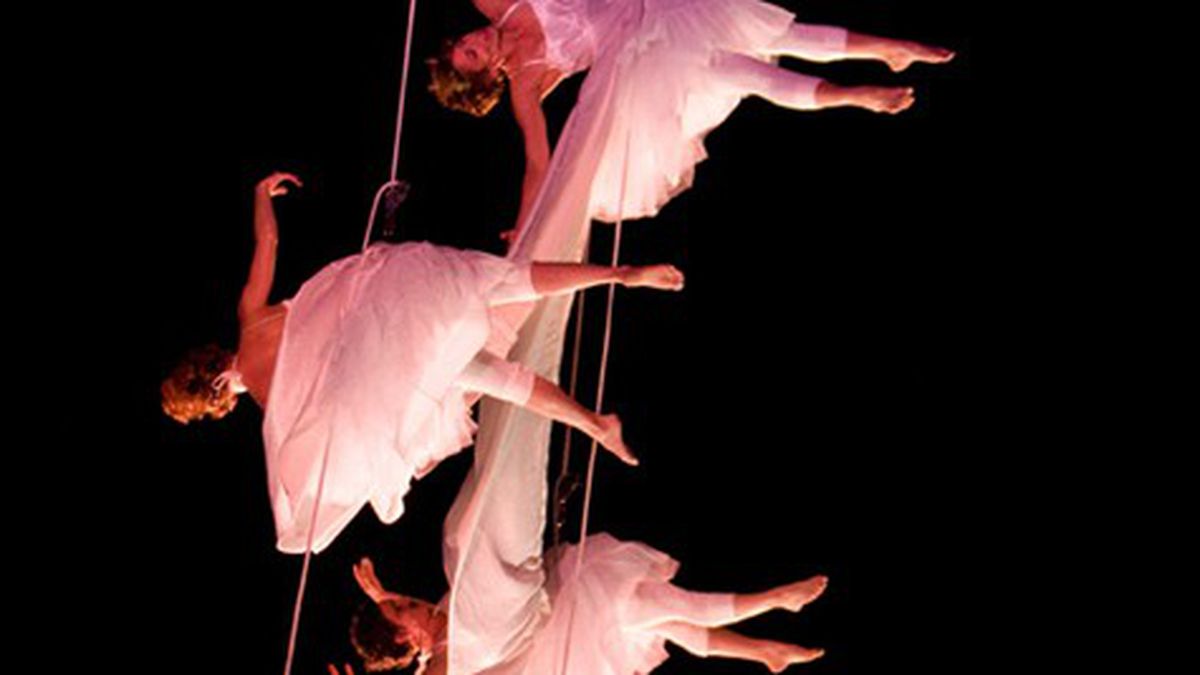 Kick Up Your Heels

The curtain rises on a dynamic season of dance.

From classical ballet to flamenco to aerial dance-theater, Bay Area dance offers something to please every taste. Our homegrown dance companies are many and prolific, and many are highly regarded from coast to coast and internationally. And venues around the bay have slated high-profile visiting companies. Support your favorites, try something new, and enjoy!

Jack London Aquatic Center is the stage for TenderSwitch part iv, Warrior in the Sky, a site-specific work performed in and out of the water by Oakland’s Pythia Dance Company along with the ILWU Drill Team, Ohlone singers and dancers, Magical Moonshine Puppet Theatre, video, a kelp orchestra, and a sand piano (September 10-11) — binoculars are recommended. PythiaDance.org

Fresh from an appearance on the hit TV show So You Think You Can Dance, Oakland’s AXIS Dance Company premieres Full of Words, choreographer Marc Brew’s suite of contemporary duets that begin with rounds of the game “you say a word, I say a word, and we will make a sentence.” The award-winning physically integrated company also reprises “Light Shelter” by David Dorfman and “The Narrowing” by AXIS’s own Sebastian Grubb (October 7-9). AxisDance.org

The ballet world is cutthroat enough without hysterical Black Swan shenanigans — take it from Diablo Ballet dancers Erika Johnson and Derek Sakakura. They’ll debunk the movie and share true behind-the-curtain stories in a moderated talk, Inside the Dancer’s Life: Black Swan and Beyond (September 7). The company launches its 18th season (November 18-19) with a world premiere by San Francisco Ballet choreographer Val Caniparoli and a contemporary interpretation of Michel Fokine’s 1911 enchantment Le Spectre de la Rose, and follows up in spring (March, 2-3, May 4-5) with works by Christopher Wheeldon and ODC San Francisco’s artistic director KT Nelson. DiabloBallet.org

As a member of the UC Berkeley’s Theater, Dance, and Performance Studies department, award-winning choreographer Joe Goode helps produce seasonal showcases that draw family, friends, dance fans, and critics alike. See what his charges have been up to when the Ph.D students perform Lab Run, an experimental dance-theater performance described as being on the “bleeding edge” (December 1-3), and the undergraduates put on the annual Advanced Choreography Showcase (December 8-9). TDPS.Berkeley.edu

Sashaying snowballs and pirouetting peppermints turn the Paramount Theatre into the Land of Sweets during Oakland Ballet Company’s charming new Nutcracker (December 22-24). A smash hit when it premiered last December, it’s an upbeat, colorful confection for kids from 1 to 92.

Company C Contemporary Ballet’s 2012 plans were unannounced as of press time, but it’s a safe bet that the troupe will pull out all the stops for its tenth-anniversary season, which starts in January and continues through May in venues around the Bay Area. CompanyCBallet.org

More and more companies are trying aerial dance and site-specific choreography — San Francisco’s Project Bandaloop has done both for twenty years. The company suspends its latest gravity-defying spectacle, “Bound(less),” between three buildings at Oakland’s Great Wall (September 15-17). Whether or not the themes of vulnerability, longing, and identity are evident, it’s sure to be a perspective-altering show. ProjectBandaloop.org

If contemporary dancers are performing on and around your SF MUNI streetcar, there’s an explanation — you’re riding during the eighth annual Trolley Dances (October 15-16). This year, your traveling companions on the K, L, and M lines include ODC/Dance, Sweet Can Circus, Epiphany Productions Sonic Dance Theater, Tat Wong Kung Fu Lion Dancers. The shows are free with a MUNI Fast Pass or regular $2 fare. EpiphanyDance.org

Perennial favorite Mark Morris Dance Group opens the Zellerbach Hall season with Dido and Aeneas (September 16-18). Morris danced the role of Dido in the 1989 premiere; this time he’ll conduct the orchestra in his choreographic interpretation of Henry Purcell’s 1689 opera. Next up is the Trey McIntyre Project (November 18), an Idaho-based company led by man-of-the-moment Trey McIntyre, who has a knack for making contemporary dance that’s bright, inventive, and fun to watch. In the Cuban-inspired Danzón, Tanztheater Wuppertal Pina Bausch (December 2-3) explores the bittersweet human experience through Bausch’s signature mix of movement, music, speech, song, and photographic projections. Bill T. Jones/Arnie Zane Dance Company (February 24-25) celebrates its 29th year with a suite of multidisciplinary dances based on Jones’s life and narrated onstage by Jones himself. And the season wraps up with the annual visit from Alvin Ailey American Dance Theater (March 13-18), under the complete creative leadership of new director Robert Battle for the first time.

There’s much more in store for the season. Be sure to check websites for times, tickets, venues, and updates.

The Little Things We’re Talking About

Best Gawk at the PastRemember: Thou shalt not covet old money