In her new book, We Have The Technology, the Oakland journalist investigates the wildest innovations of sensory science and challenges fundamental notions of human perception. 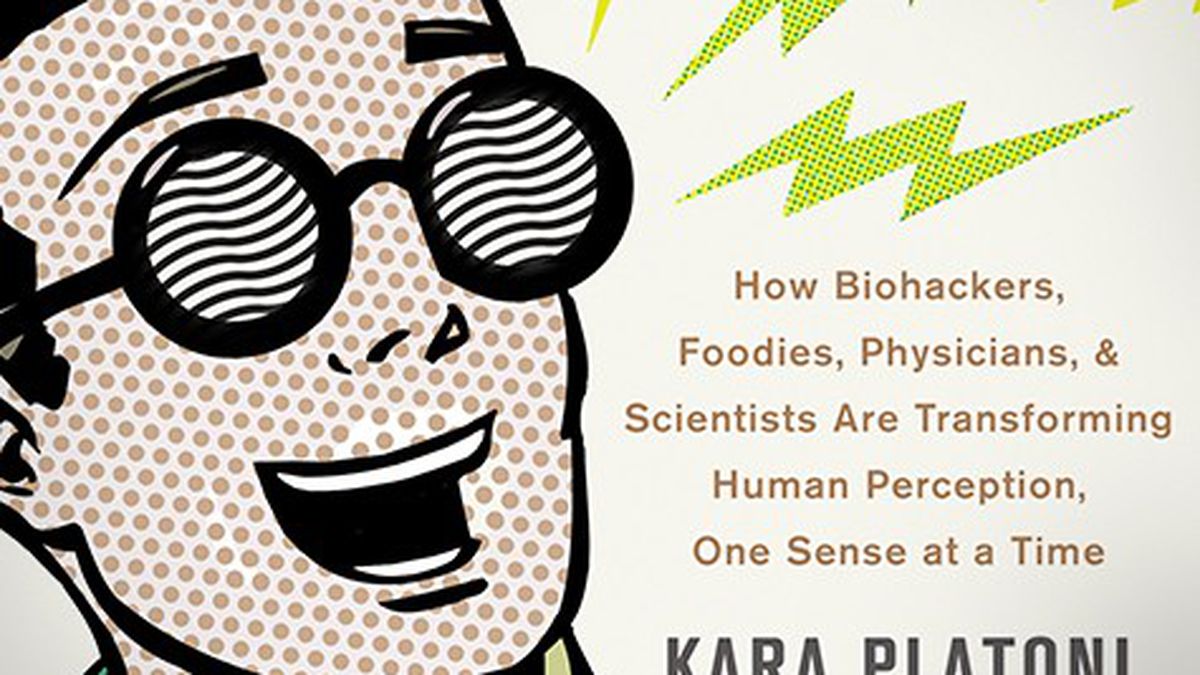 There was a bloody body lying on a dusty road outside a small town in a desert in the Middle East. It was February 2014 and Kara Platoni, an Oakland-based journalist and lecturer at the UC Berkeley Graduate School of Journalism, was inside a Humvee not far from the body, listening to American soldiers in the vehicle debate what to do. Suddenly, the man in the road lifted his head. “Damn, he’s alive,” said one of the soldiers in the convoy. They argued about whether they should help him — or whether he might be a trap armed with improvised explosives.

“A lot of people are in the car, yelling very forcefully,” Platoni recalled in a recent interview. “Seeing the body on the road is kind of viscerally very upsetting.”

Although it was frightening and emotional, Platoni wasn’t actually in the Middle East with real soldiers. Rather, she was sitting inside a dark room at the Buckley Air Force Base in Colorado, trying out a cutting-edge form of virtual reality (VR) equipment. Users wear special goggles that transport them to a three-dimensional, lifelike landscape where they can see an alternate world around them in every direction. In this case, Platoni was immersed in a fictional, computer-generated scene — one that real soldiers enter virtually from the military base as part of their training before they deploy to Afghanistan.

Platoni’s visit to Colorado was part of extensive travels in 2013 and 2014 that took her to four countries and eight states and formed the basis of her new book, We Have The Technology, a vivid exploration of the most unbelievable innovations in sensory science. A veteran science journalist and former staff writer for the Express, Platoni interviewed more than one hundred experts for the book — a diverse mix of scientists, researchers, psychologists, engineers, doctors, biohackers, entrepreneurs, chefs, and others who are pushing the boundaries of how science and technology can alter human perception. Platoni traveled to labs and research centers — observing experiments in real-time and trying out groundbreaking technology herself. With her rich reporting and narrative writing, Platoni provides readers with an accessible and engaging firsthand account of the inventions that are likely to shape science, technology, and human perception for many years to come. In this way, Platoni’s book is an on-the-ground-tour of research advancements that at times sound more like science fiction than science.

Platoni embedded herself with do-it-yourself (DIY) “biohackers” — the scientists who want to hack human biology, or, as she describes it in her book, the people impatient “with the weaknesses and limitations of the basic human unit; with the slow pace of evolution; with the unwillingness of major research corporations to develop — and sell — the kind of sci-fi sensory apparatus that biohackers desire to keep things moving along.” She spent time at labs developing robotic limbs that are controlled by thoughts and could one day provide a sense of touch to people with prosthetics. She interviewed researchers who are restoring sight to the blind with advanced visual implants. She studied “Smell A Memory,” a project that uses scents to help people with Alzheimer’s fight memory loss.

In her writing career, Platoni has covered the frontiers of sensory science, robotics, neuroscience, and “wearable” technologies (such as smart wristbands that track fitness levels). In recent years, it became clear to her that the rapid progress in so many of these fields merited a more in-depth journalism project. “It seemed to be the tip of the iceberg,” she said of her early reporting in the field.

Eventually, Platoni decided to take time off from teaching at UC Berkeley and dedicate herself full-time to researching the wide-open field of sensory science. It was a whirlwind year.

She began in May 2013, visiting a “piercing parlor” where biohackers implant magnets into people’s hands, giving them something of a sixth sense through which they can perceive magnetic fields. In the DIY science of “body modification artists,” biohackers with implanted magnets can essentially feel another layer of information in their environments. Platoni finished writing her book just before the fall 2014 semester started, and in between, traveled across the United States and the globe for the book, often crashing on couches of people she met through various journalism contacts.

Platoni’s writing offers an informed outsider’s perspective on intriguing fields and innovations that can sometimes be difficult for the average reader to grasp. Along the way, she grapples with broader questions about human development and perception, exploring the science behind how we experience time, pain, and emotion.

In one of her most colorful chapters, “Pain,” Platoni scrutinizes the ways in which the brain interprets social pain — mainly heartbreak and rejection — and examines potential remedies that could alleviate this hurt. She interviewed researchers who studied whether Tylenol helps mend broken hearts and found it could, in some ways, offer temporary relief. As part of her research for this section, Platoni — who worked hard to find personal, human stories to bring all of her subjects to life — hung out at the Night Light bar in Oakland’s Jack London district, interviewing bartenders and patrons about unrequited love.

In a thought-provoking section on VR technology, Platoni offers a window into the world of progressive psychologists who are using alternative realities to treat soldiers with post-traumatic stress disorder (PTSD); the idea is that through “exposure therapy,” soldiers can face their fears and traumas in a powerful, imaginary landscape — with a therapist guiding them through the process. When she tried out the simulation in Colorado, Platoni was testing out an even more revolutionary concept — whether psychologists could use VR to pre-treat soldiers for PTSD before they deploy. That means exposing them in advance to the kinds of stressors they will face so they are more resilient and prepared for the traumas of war by the time they arrive.

In reporting We Have The Technology, Platoni said she learned to dramatically shift the way she thinks about human perception. “There is no one reality. There’s only your construction of it,” she said in interview, noting that we all have unique filters, cultural experiences, and pasts that shape how we perceive the world. With that foundation, she said she came to understand how powerful the brain is in controlling perception — and how science is enabling us to enhance and alter our senses and experiences. “I really gained a lot of appreciation for how sophisticated and wonderful and amazing the human brain is,” she said.

Next ArticleWednesday Must Reads: Schaaf Stands Firm on No Public Subsidies for Raiders; Castro Valley Woman Banned from Park for Anti-Muslim Rant