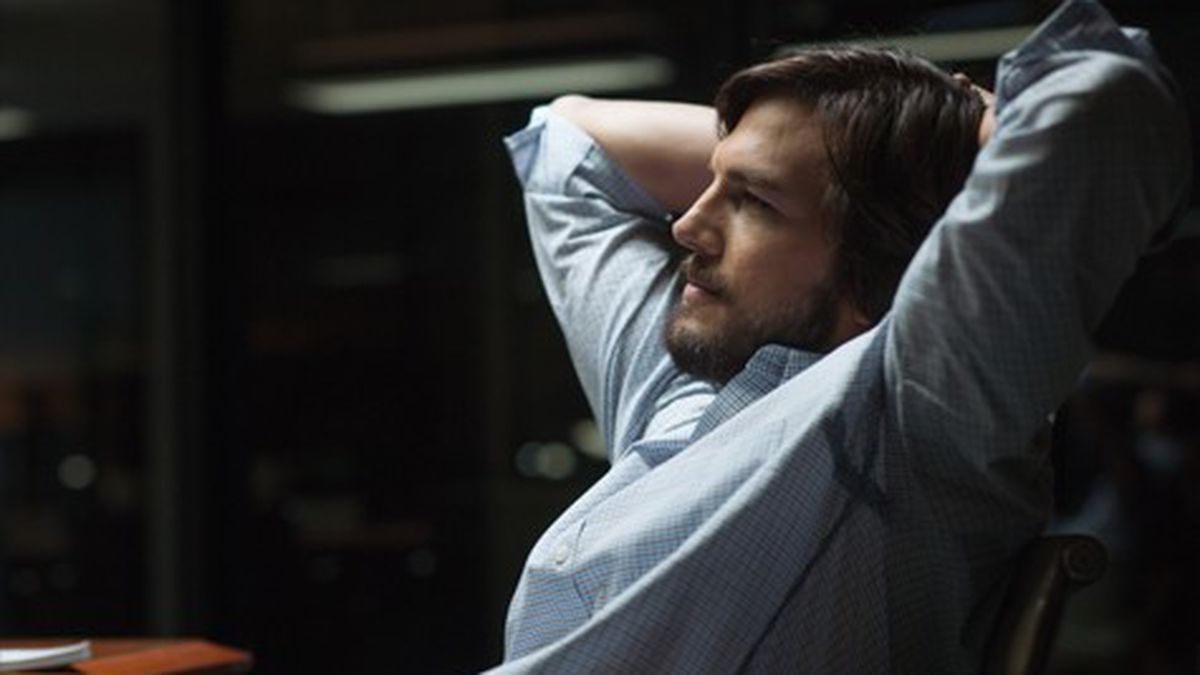 Ideally we’d like Jobs, the movie biography of Apple guru Steve Jobs, to enthrall us the same way the story of Facebook honcho Mark Zuckerberg did in The Social Network. But there are a few problems. The first one is that Jobs is not made by David Fincher and Aaron Sorkin. (The Sorkin version reportedly is scheduled for this fall.)

Sorkin and Fincher took a figure few people knew much about and created a complex aura around him. With Jobs (played by Ashton Kutcher), the inventor of products that a large percentage of the audience has in its pockets, we’re dealing with a man everybody thinks they already know. And so director Joshua Michael Stern and writer Matt Whiteley, aka the “B” team, have to scramble to provide juicy personal details about Jobs’ eccentric student days, his LSD trips, his paternity case, etc. These provide the filler in what is essentially a pretty standard “captains of industry” drama about a brainy, techno-savvy maverick with a talent for marketing and deal-cutting, and how he overcame opposition — and his considerable personality flaws — to become the standard bearer of the personal computer revolution, because his products were stylish and worked wonderfully. Entire sequences of the film resemble an Apple commercial.

Kutcher looks enough like the late Jobs to have been his stunt double, and he’s completely believable as a guy who’s willing to step on his buddies — including founding partner Steve Wozniak (Josh Gad) and the other members of his early garage-workshop team — to realize his dream of “touching people’s hearts.” That ruthlessness may surprise Mac devotees who bought the cuddly image, but connected techies will have plenty of chances to chortle ironically. That’s another problem with the movie’s concept. In the Bay Area we’re apt to imagine that the tech industry and its foibles dominate the conversation in the rest of the country (and the world?) the same way they do here, in the belly of the beast. Maybe it’s time to unplug occasionally.

The “vision thing” is Jobs’ hobgoblin. People get fired over it. What comes across most clearly in Jobs is that Apple, in common with Facebook, Google, etc., is as much a belief system as a business, and that Steve Jobs is an object of veneration. If someone doesn’t necessarily believe, both the movie and its subject ring hollow. We could give that point of view its own brand name: iDontcare.