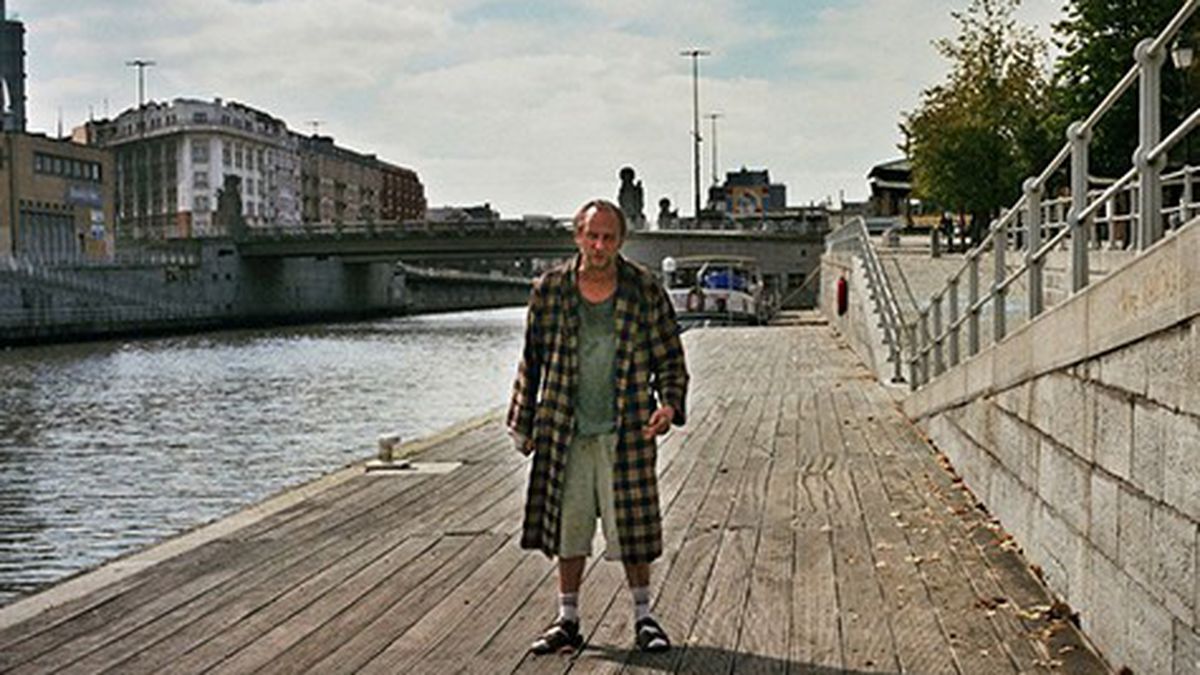 What better choice for a holiday matinee at the movies?

Here’s one for the holidays. In Jaco Van Dormael’s energetic fantasy The Brand New Testament, God is a middle-aged slob in a bathrobe. He doesn’t live up in the clouds, either. The major deity (played by actor Benoît Poelvoorde), who resides in a cluttered Brussels flat with his wife (Yolande Moreau), his son Jesus (David Murgia), and his 10-year-old daughter Ea (Pili Groyne), drinks too much beer and snores obnoxiously. God spends most of his time on his computer, fiendishly devising predicaments and dire fates for the human race. Ea, a serious-minded young goddess, reckons she can do a much fairer, more compassionate job of ordering the universe than her father, so she devises a plan. She will reveal the one mystery that matters most to everyone in the human race: The exact date and time of each person’s death.

Ea goes out on the city streets and rounds up six disciples — in deference to her older brother, only half of his number. They are: Aurélie (Laura Verlinden), beautiful amputee; a clerk named Jean-Claude (Didier De Neck); Marc, a lonely sex addict (Serge Larivière); François the Killer (François Damiens); dissatisfied wife Martine (Catherine Deneuve, in an inspired, unexpected small role); and Willy, a gender-dysphoric young person (Romain Gelin). Each disciple preaches his or her own gospel according to their experiences. Naturally, God is displeased. Imagine the consequences if Ea teaches them how to cope with their own shit.

Director and co-writer Van Dormael (Toto the Hero, Lumière and Company) is up to more than plain iconoclasm with his slapstick sight gags and ironic inversion of religion. Ea is everything her father is not. She asks questions (“Why isn’t everything on earth free?”) rather than issuing commandments, and before she’s finished the world is a different place. The Brand New Testament is extra-whimsical yet hard as nails when we get down to the rough stuff, like mortality, love, and sadness. What better choice for a holiday matinee at the movies?