The rapper opens up about recent tragedies that inspired his latest record, Tears of Joy, and keeping mob music and The Jacka's legacy alive. 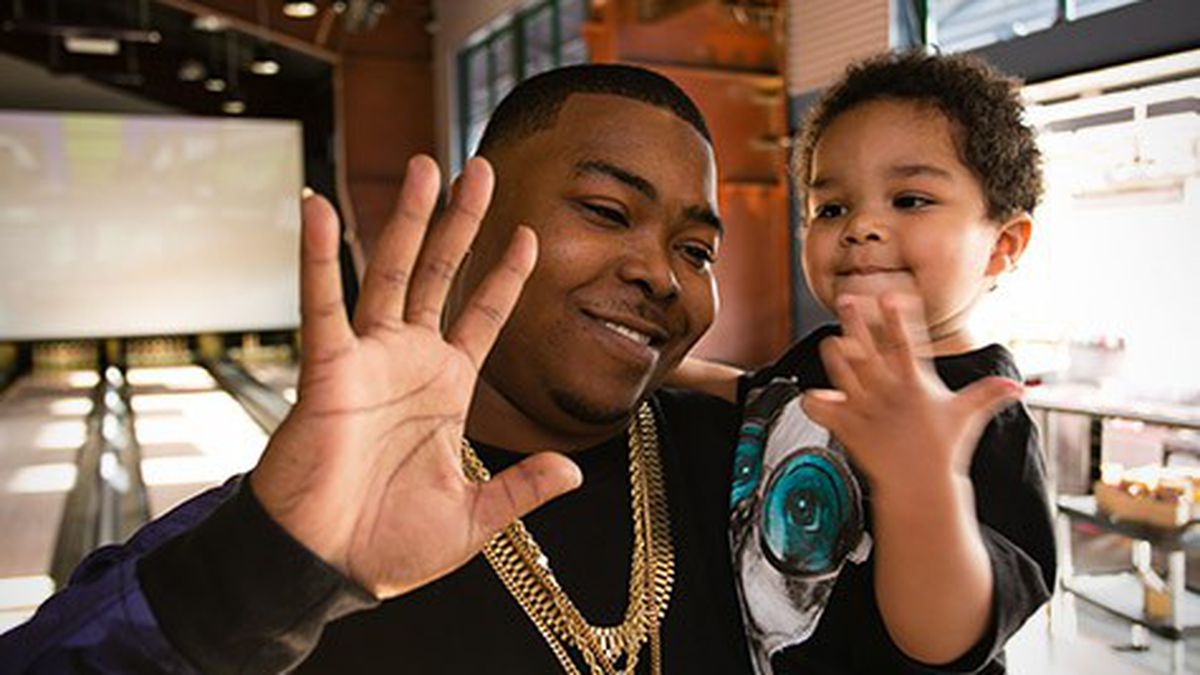 J. Stalin (Jovan Smith), a disciple of Bay Area mob music, the soulful gangster rap that preceded the hyphy movement, revealed a surprisingly sentimental side in the artwork of his latest album, Tears of Joy. The cover features a double exposure-style photo of a downcast Stalin with a single tear rolling down his cheek. The larger portrait contains another image depicting him as a doting father, standing on an idyllic hillside, tossing his toddler son into the air.

Although many of the album’s songs are dark reflections of life on the streets of Stalin’s native West Oakland, the record also contains vulnerable moments that point to his maturation as a lyricist. The 29-year-old rapper — whose first album, On Behalf of the Streets, came out ten years ago — still wears a tough exterior. But he’s no longer hiding his sensitive side for the sake of upholding a hard image.

For an artist who has remained steadily prolific for a decade — weathering the rise and eventual dissipation of the hyphy movement — this new approach is refreshing and reinvigorates the classic, Bay Area mob sound that he has steadfastly stuck with throughout the years. Though Stalin hasn’t received much national recognition, he’s part of a certain group of rappers — including Messy Marv, Beeda Weeda, and Husalah — who have helped shape the Bay Area’s hip-hop scene without achieving widespread commercial success in their own right. Stalin embodies the unpolished, streetwise aesthetic that has long defined the regional hip-hop underground, where he’s been a key player for a long time.

I met up with the rapper recently at Plank, an upscale Oakland bowling alley where he was celebrating his birthday with friends. Between rounds of competitive trash-talking and tequila shots, he stepped away from the bowling lanes for the interview. Though his answers to my questions were somewhat curt, he was surprisingly candid about personal topics. In his matter-of-fact style, he opened up about the recent painful experiences he poured into his lyrics on Tears of Joy. The birth of his son two years ago, he said, was a turning point in his life that prompted him to be more honest with himself, and his evolution is apparent in his lyrics.

“I was going through problems that money couldn’t fix.” As he reflected on various life events that inspired the record, his brow furrowed. “If they were financial problems — I have money, I could have just paid whatever off. But … I was going through custody battles with my son’s mom and trust issues with my mom — I found out my family was stealing from me and stuff.”

Indeed, themes of relationships gone awry, loved ones’ deaths, escaping poverty, and coping with family members’ drug addictions emerge throughout the album, although Stalin couches them in cinematic narratives of organized crime, money, and sex. While some of the songs sensationalize the lifestyle of a drug dealer in expected ways, others demonstrate emotional dimensionality, broaching topics such as redemption and forgiveness. Tracks like “I’m Sorry” and “Mama’s Boy” (which, appropriately, features Mistah F.A.B., whose love for his late mother is apparent throughout his body of work) foreground these sober themes over gorgeous, soaring beats with strains of smooth jazz instrumentation and gospel vocal arrangements.

When I asked Stalin whether he was hesitant to show his emotional side to his fans, the rapper shrugged, remarking that it had hardly occurred to him. “If I was younger, I may have thought about it,” he said. “But now I try to give people the real me and it’s up to them if they like it or accept it or not. If I’m crying, it’s the real me. If I’m fighting or trying to break up a fight, that’s the real me. Whatever I’m doing at this time or day, at my age, it’s the real me.”

“Think U Ready,” featuring the late Jacka — a central mob music purveyor who was gunned down by an unknown assailant a year ago — provides another one of the record’s more emotive moments. Stalin and The Jacka’s sing-song verses float like wisps of smoke over a lush, spacious beat with melancholic keyboard flourishes and echoing choral samples. Stalin follows up the track with “Jacka’s Prayer,” on which, in contrast, his flow is sturdy and defiant. He confronts his mortality throughout its verses, and positions himself as the torchbearer of The Jacka’s legacy.

The references to The Jacka’s untimely death — as well as tracks like “Face Shots,” which Stalin said he wrote in response to another one of his friends surviving a gunshot wound to the head — seek to illuminate issues of systemic inequality and resulting crime in Oakland’s most vulnerable communities, Stalin said.

“Everybody talkin’ about ‘Pray for Paris’ — pray for Oakland!” he exclaimed, visibly vexed. “I’m shedding a light about what happens in the Black community that goes unspoken of in the white community because it’s not happening to white people.”

While Tears of Joy certainly doesn’t eschew sober themes, it’s also accessible and contains many genuinely fun moments. “Bye Felicia,” for instance, is a triumphant track about moving on from an ex. Its soulful hook demonstrates Stalin’s singing chops, and its jaunty beat lends it a sense of levity.

Over the past decade, Stalin has been exceedingly prolific, releasing a new mixtape or album nearly every sixty days. Though he’s currently touring the West Coast to promote Tears of Joy, he’s already gearing up to drop his next album, On Behalf of the Streets II, which will come out this spring on the ten-year anniversary of his debut release. He’s also working on producing his first feature film, The Last Week Before Summer, which he said will reimagine the 1983 comedy Risky Business with an all-Black cast.

But his main ambition is to make his label, Livewire Records, a national enterprise — which is as much an investment in his own career’s longevity as it is in the longevity of Bay Area mob music, especially as gentrification continues to displace Oakland’s working-class Black community.