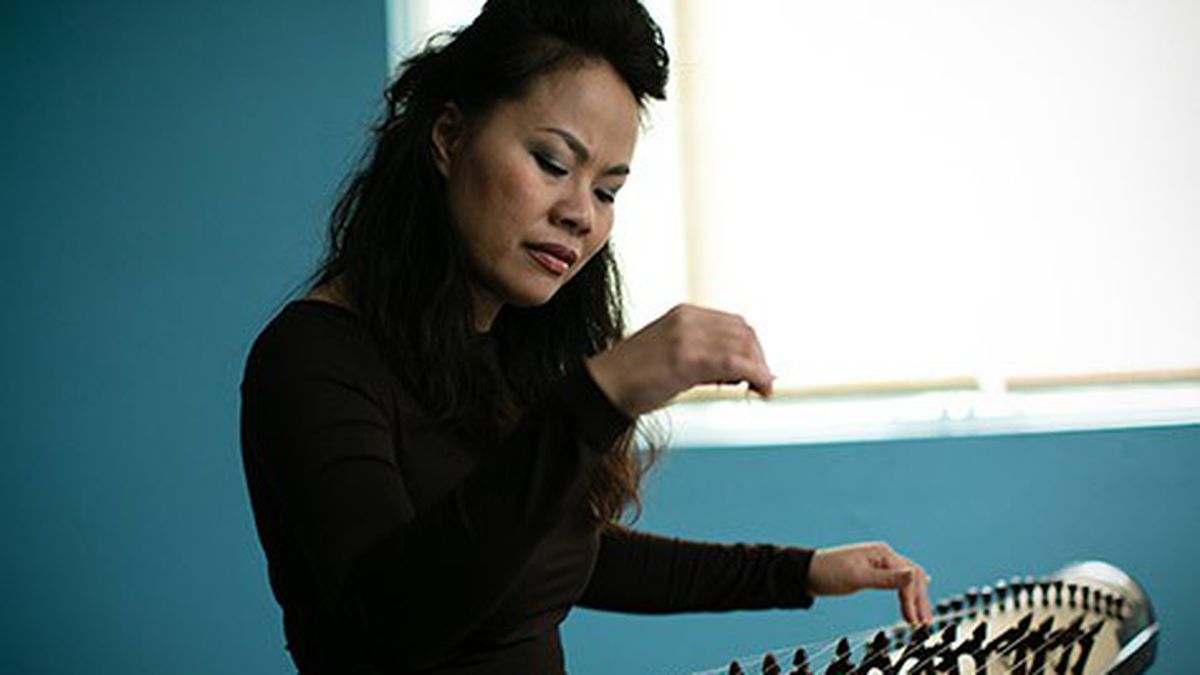 ‘Lullaby for a Country’: A Gesture Toward Peace

Emmy Award-winning composer Vanessa Vân-­Ánh Võ premiered her concert piece, The Odyssey — From Vietnam to America, at Yerba Buena Center for the Arts in San Francisco last month, although she had initially conceptualized the work after arriving in the United States in 2001.

When Võ was growing up in Vietnam, the Vietnam War and its aftermath loomed in the background of day-to-day life, and lingering animosity remained between the people of the country’s northern and southern regions. After emigrating to the Bay Area, she met people of diverse backgrounds and experiences, including Vietnamese refugees and American veterans, who exposed her to a range of perspectives on the conflict. Hearing stories from all sides allowed her to see the ways in which war and tragedy have a ripple effect across cultures and generations, she said in a recent interview.

Võ’s research led her to interview Vietnamese “boat people” — a term often used to refer to the millions of refugees that left Vietnam by boat after 1975 — and she said their stories were a major impetus for The Odyssey. She recalled the account of one woman in particular whose young son was taken by Thai pirates at sea. Another man told her about how he had to push his dying brother into the ocean so that, after he died, the other survivors wouldn’t use his body for food. Võ recalled that after hearing harrowing tales such as these, she envisioned The Odyssey as a plea for peace across boarders — and a step toward healing through music. She said the piece has especially resonated with audiences, because it contains many parallels to today’s refugee crisis.

The Odyssey is a tense and challenging work that uses traditional Vietnamese and Western musical instruments and video footage. Though it just had its world premiere, Võ is already preparing to perform her follow-up work, Lullaby for a Country, which she will debut at the Oakland East Bay Symphony’s Notes from Vietnam concert on February 12 at the Paramount Theatre in Oakland.

Lullaby for a Country contains four movements: Love, Yearning, Sorrow, and New Dawn. With the orchestra accompanying her, Võ will play the dan tranh, which is a horizontal, harp-like instrument with a hollow, acoustic chamber. While traditional dan tranhs have sixteen strings, Võ custom-designed a longer version with nineteen strings to allow her a broader range of expressive possibilities. She plucks, bends, and strums its strings to create warped tones with a sinewy flexibility. The dan tranh can take on a weeping quality as Võ bends its strings to their maximum.

While Võ said Lullaby for a Country speaks to the triumph of the human spirit, she also sees it as a way to release the grief she explores in The Odyssey. “After all this, we all need healing. We need to really reflect and think how we can spread our love instead of hatred.”

When I met Võ last weekend, she was preparing to host a group of music students in her Fremont studio. Teaching traditional music to Vietnamese-American youth is her other occupation — an opportunity she had to fight for while growing up in Vietnam.

While Võ’s parents recognized her musical talents early on, young musicians typically learn traditional Vietnamese instruments through a master-apprentice system, and, most of the time, masters choose male apprentices from their own families. However, Võ was undeterred and vied for three years to train with her first dan tranh master until he finally accepted her as a student. While her own approach is considerably laxer, her teaching work is one way of keeping Vietnamese traditions alive in the United States.

Over the years, Võ has performed in many prestigious American institutions, including Carnegie Hall, and she works extensively with the well-known Kronos Quartet. Her platform has given her the opportunity to not only speak directly to the Vietnamese-American community, but also educate the general public about Vietnam’s culture and history, which she said are some of the most rewarding aspects of her work.

“For many people in the West, maybe they know about Vietnam through the war, but they stop knowing what truly Vietnam is now,” she said. “So, I think through the music, that can bring and share more, not only through the sound, but it creates a feeling and a picture in the audience’s mind.”

Five Soups to Help Warm Up This Winter