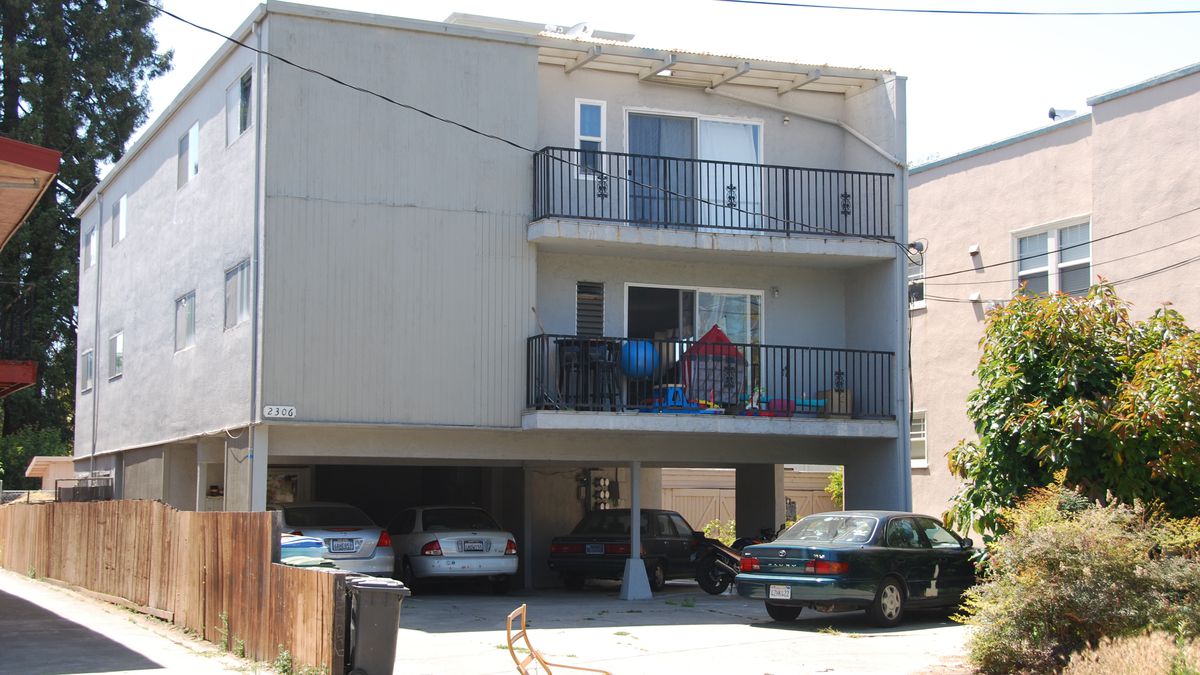 The city has about 1,400 apartment buildings that will likely collapse in a major quake, and it's past time to retrofit them.

On Monday, one day after a 6.0 earthquake rocked Napa and jolted residents throughout the Bay Area, San Francisco’s two daily newspapers, the Chronicle and the Examiner, had the same front page headline: “Wake-Up Call.” The identical headlines were probably a coincidence, but they were also spot-on: Sunday’s quake should be a wake-up call for Northern California, particularly for cities like Oakland that are riddled with unsafe apartment buildings that will likely collapse in a major quake.

In Napa, unreinforced masonry buildings fared especially poorly on Sunday, as bricks became dislodged during the violent shaking. More than 170 structures were damaged in the quake and more than 200 people were injured. Thanks to a city law enacted after the 1989 Loma Prieta Earthquake, Oakland building owners have done a good job retrofitting masonry buildings in the city. According to a Bay Area News Group report earlier this week, more than 90 percent of the 1,200 unreinforced masonry buildings in Oakland have been retrofitted. There are only about 90 or so left to do.

That’s good news for Oakland residents. But the city still has a major earthquake vulnerability: soft-story buildings. These structures, many of which were constructed in the 1960s and which typically feature apartments perched atop first-story garages or carports, likely will pancake in a major temblor. Oakland has an estimated 1,400 of them — concentrated mostly in West Oakland and neighborhoods near Lake Merritt.

According to a 2009 report from the Association of Bay Area Governments, Oakland likely will lose 24,000 apartment units in an earthquake of 6.7 magnitude or larger on the Hayward Fault. Most of those apartments are in soft-story death traps. And it’s only a matter of time before they collapse on their inhabitants. According to the US Geological Survey, there’s a 63 percent chance of an earthquake of 6.7 magnitude or larger striking the Bay Area in the next thirty years, and a 33 percent chance that one will rip apart the Hayward Fault, which runs the entire length of Oakland.

Over the past year, Oakland officials, led by Councilmember Dan Kalb and Mayor Jean Quan, have been working on a plan to fix the city’s soft-story structures, and Quan has been soliciting funds to help finance a program for property owners who can’t afford to retrofit their own buildings. Landlord and tenants’ groups also have been debating whether property owners should be able to pass on retrofit costs to tenants.

Landlords, of course, want tenants to pay, and argue that earthquake retrofits should be treated like other capital improvements on buildings. Under new city rules that went into effect on August 1, landlords can pass on up to 70 percent of the costs of capital upgrades to tenants, but are limited to raising rents by no more than 10 percent a year, with a cap of 30 percent over five years. The capital upgrades also must benefit tenants.

James Vann of the Oakland Tenants Union said in an interview that tenants groups believe earthquake retrofits are a safety issue, and so landlords should not be able to pass on any of the costs. And he makes a good point. If a property owner purchased a building that likely will collapse in an earthquake, he or she should be responsible for fixing it.

Moreover, with rents in Oakland reaching record levels, many apartment dwellers simply can’t afford to finance a retrofit of their buildings. In fact, skyrocketing rents are pushing many longtime residents out of the city.

The problem is: The city has no idea who owns the 1,400 soft-story buildings in Oakland, let alone which ones have owners that can pay and which ones do not. As such, the city should clearly identify all the soft-story buildings, establish standards for earthquake retrofits for these structures, and then create a system for determining whether a building owner can qualify for financial assistance.

The city should also set up an earthquake retrofit fund that would provide grants or low-interest loans to eligible building owners to fix their buildings. Well-off property owners should be required to retrofit their soft-story buildings in four to seven years — much like the mandate in San Francisco.

Sure, the retrofit fund could turn out to be costly for Oakland, and perhaps will amount to several million dollars. But this is a life-or-death issue. When the next Big One hits, many tenants in soft-story buildings are going to die in Oakland. In 1994, a soft-story building collapsed in the Northridge earthquake in Los Angeles, killing sixteen people.

Walking around Oakland and other large cities should get a lot safer starting next year, thanks to a bill signed this week by Governor Jerry Brown. The legislation, authored by state Senator Mark Leno of San Francisco and backed by Oakland city officials and law enforcement groups, requires smartphone manufacturers to install kill switches that make phones inoperable when stolen. The new law is designed to stem the robbery epidemic that has rocked Oakland and other cities in the past few years. In 2013, Oakland police estimated that 75 percent of robberies in the city involved the theft of smartphones, which have an extremely high resale value. In fact, some street gangs had switched from dealing drugs to selling phones stolen on city streets. But that should change when the new law takes effect in July 2015. It mandates that kill switches be a default option on all smartphones sold in the state.

God and Hippies Are Alive and Tripping with ‘ACID TEST: The...