Fears about deportation have kept many Latinos from signing up for health insurance in California. 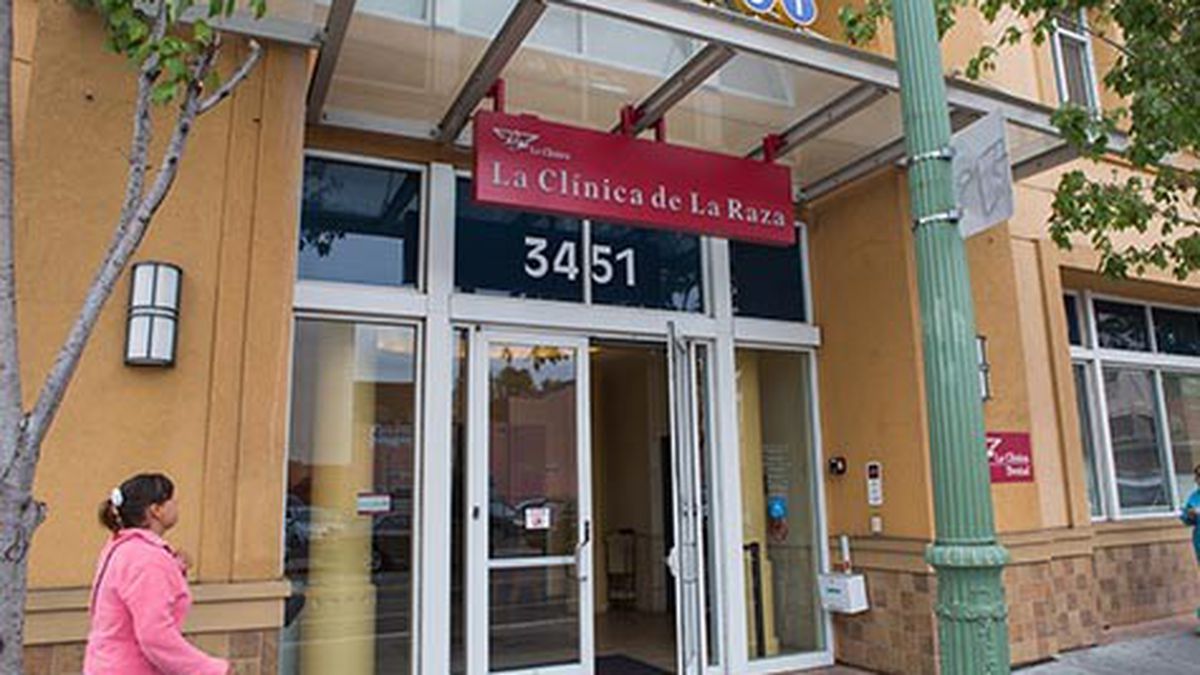 When Victoria Perez wanted health insurance for her son, she went to a local community health clinic to sign him up for Obamacare. Perez and her husband are undocumented residents, but their son is a US citizen, and thus is eligible for coverage under the Affordable Care Act.

Jane Garcia, CEO of La Clínica de la Raza, a federally qualified health center whose organization includes health clinics in Alameda, Contra Costa, and Solano counties, said the next day, “her husband came to the health center and said, ‘What have you done? If something happens to us as a result of this, I’m going to hold you guys responsible,'” said. (The Express agreed to use a pseudonym for Perez because she fears deportation.)

Perez’s family is not alone. Many children of undocumented immigrants remain uninsured after the first season of Obamacare enrollment because their undocumented parents fear they will be deported if they sign their kids up for coverage — even though the Affordable Care Act prohibits the government from using sign-up information in immigration cases. Indeed, if the goal is to make sure all segments of society have access to healthcare, immigration has emerged as a key roadblock for Latinos.

Although California has led the nation in sign-ups under the Affordable Care Act, the number of Latinos who have signed up has lagged in the state. Although 46 percent of Obamacare-eligible Californians are Latino, only 28 percent of those who have enrolled so far in subsidized health insurance under Covered California are Latino. Latinos also make up the majority of people who are still uninsured in the state — 62 percent — after the Affordable Care Act’s first season of open enrollment, according to a recently released report from the Kaiser Family Foundation.

Congress enacted the Affordable Care Act in 2010 with the expectation that millions of Americans who were previously uninsured would obtain health coverage when the program launched last year. And California’s efforts to enroll people in Covered California, the state’s version of the Affordable Care Act, have stood out. About 1.4 million Californians enrolled in a private health plan, exceeding expected enrollment of 815,000. Another 1.9 million people have enrolled in Medi-Cal under Obamacare, including about 1.1 million who applied through the Covered California website.

Latinos were expected to sign up in high numbers. Latinos had the highest uninsured rate: Nearly one in three were uninsured before the Affordable Care Act was enacted. Because of the low number of Latinos who signed, Covered California increased funding in January to reach Latinos and African Americans, who also signed up at rates that were less than expected. This effort included advertisements in ethnic media, and targeting several regions in the state — Los Angeles, San Bernardino, Riverside, Fresno, Bakersfield, and Stockton — that had relatively low early enrollment numbers for Latinos and African Americans, according to a Covered California spokesperson. Latino enrollment improved afterward, going from about 19 percent of all Covered California enrollees by December to 36 percent in March.

But quelling the fears around immigration will take time, experts say. “They fear that if they put their personal information, they are putting their status in jeopardy,” said Betzabel Estudillo, Health Policy Coordinator at The California Immigrant Policy Center, a nonprofit with offices in Oakland, Sacramento, and Los Angeles.

Almost half of undocumented immigrants nationwide have children, and the majority of those kids are US citizens. These families are known as “mixed status” households. When someone applies for health coverage, they must include information about every family member in their household on the application, even if not all of them are seeking insurance or are eligible for coverage.

As a result, many uninsured Latinos say they worry that seeking coverage would bring attention to their, or their relatives’, immigration status. The Kaiser Family Foundation survey indicated that more than half of the remaining uninsured Latinos in California are concerned that enrolling would put someone in their family at risk of deportation or other repercussions.

“We’re aware that some applicants may be afraid to sign up for fear of other family members not in the country legally,” Roy Kennedy, a Covered California spokesperson, wrote in an email to me. “We’ve reinforced the fact that the information provided to us only determines eligibility and nothing else. We don’t share this information.”

In March, President Obama also tried to reassure families that there is no link between a health insurance application and the immigration process. US Customs and Immigration Services also put out a memo on the issue, first in English, then Spanish.

But Latinos may be wary of a president whose administration has conducted a record number of deportations — especially now, at a time when Obama has talked publicly about deporting thousands of Central American children who fled violence and poverty in their home countries. “There’s still been two million deportations,” Estudillo said. “The fear doesn’t go away just because there’s a memo.”

Other widespread misconceptions about Obamacare and immigration may also be impacting sign-ups of Latinos who are eligible for coverage. Under US immigration law, an immigrant can be barred from receiving a green card or be blocked from reentering the United States if he or she leaves the country if he or she becomes a “public charge” — that is, goes on welfare. And according to a consumer survey sponsored by Covered California that was released in May, Latinos were the most likely racial or ethnic group to mistakenly believe that Covered California is a welfare program that would make someone a public charge subject to deportation if he or she signs up: 75 percent of Latinos thought it was a welfare program, compared to 30 percent of African Americans, 43 percent of whites, and 56 percent of Asian and Pacific Islanders.

Translation issues may have also impacted sign-ups. For example, Covered California initially used the term cobertura to mean “coverage” in its Spanish-language literature. But many Spanish speakers don’t use that word when discussing insurance, according to Alvaro Fuentes, executive director of the Richmond-based Community Clinic Consortium of Contra Costa and Solano counties. Fuentes said asegúrate, which means “sure” but is also the term used for “insurance,” would have been a better choice.

Choosing a plan, paying monthly premiums, and dealing with deductibles are all foreign concepts to many people, especially those who have never had health insurance. Health workers at La Clínica began using the analogy of buying car insurance, something their community members are more familiar with, staff members said. By talking about car insurance as a starting point, many in their community could understand how health insurance works, on a basic level.

Misinformation also spreads quickly in communities that rely on word-of-mouth. In recent months, a woman who tried to sign up for Medi-Cal was told by a county worker that her information would be sent to immigration officials if she applied, according to La Clínica staff members. The woman immediately withdrew her application. The woman didn’t know that what the county worker had told her was false. “These stories go out in the community,” said Viola Lujan, director of Business and Community Relations at La Clínica de la Raza. “These are the things that are not correct, but perpetuate the fear that’s out in the community about the impact if they apply for healthcare and how it affects immigration.”

This is also because our immigration and healthcare systems are both extremely convoluted. The woman in the situation above is a “PRUCOL,” or someone Permanently Residing in the United States Under the Color of Law. That means that even though she is technically undocumented, she is not at risk of deportation by the federal government. PRUCOL is not an official immigration status, but a category decided upon by the court system to dispense social benefits, such as Medi-Cal. Not every state uses it, but California does. As of 2009, someone who is a PRUCOL can receive Medi-Cal — and their information is not sent to immigration officials. (An example of a PRUCOL is someone whose immigration application is pending — such as someone applying for political asylum, or a U-visa, in the case of someone escaping domestic violence. Deferred Action for Childhood Arrivals, i.e. undocumented youth who are a part of the “Dreamers” movement who apply for this status, are also a part of PRUCOL).

Suffice it to say, Lujan and others believe that healthcare workers and social workers need additional training on immigration issues in order to not scare people away. La Clínica is partnering with a legal organization to provide training for their own staff members.

The problems with sign-ups in the Latino community are also impacting people’s personal finances. The Affordable Care Act produced major cost savings for many people — like Ramiro Alberto Ruiz Restrepo, who signed up for Obamacare, said that doing so resulted in him no longer having to choose between obtaining health insurance and paying for housing and food.

Ruiz, an immigrant from Colombia who lives in Concord, had to look into new insurance options after his work insurance went from about $300 to $900 a month to cover himself, his wife, and their youngest child. “I wasn’t going to have enough left over, either I paid for health or I couldn’t pay for other things,” Ruiz, a Spanish teacher at a private school, said in Spanish. “I was going to be $600 in the hole. That covers my groceries and other costs.”

His wife went to La Clínica in June to sign up and received help from a Spanish-speaking enrollment counselor. “It took them quite a while but it was easy. They did spend a lot of time on it, on the internet,” Ruiz said. The Ruiz family received a confirmation letter in Spanish shortly afterward. Their coverage began in July. They pay $342 a month for three people. They also receive their monthly bill in Spanish.

So far, they have not needed to use their new insurance, but it gives Ruiz peace of mind. “At least my family, we have coverage,” he said.

But for those who remain uninsured, only time will tell if they’ll achieve the same.