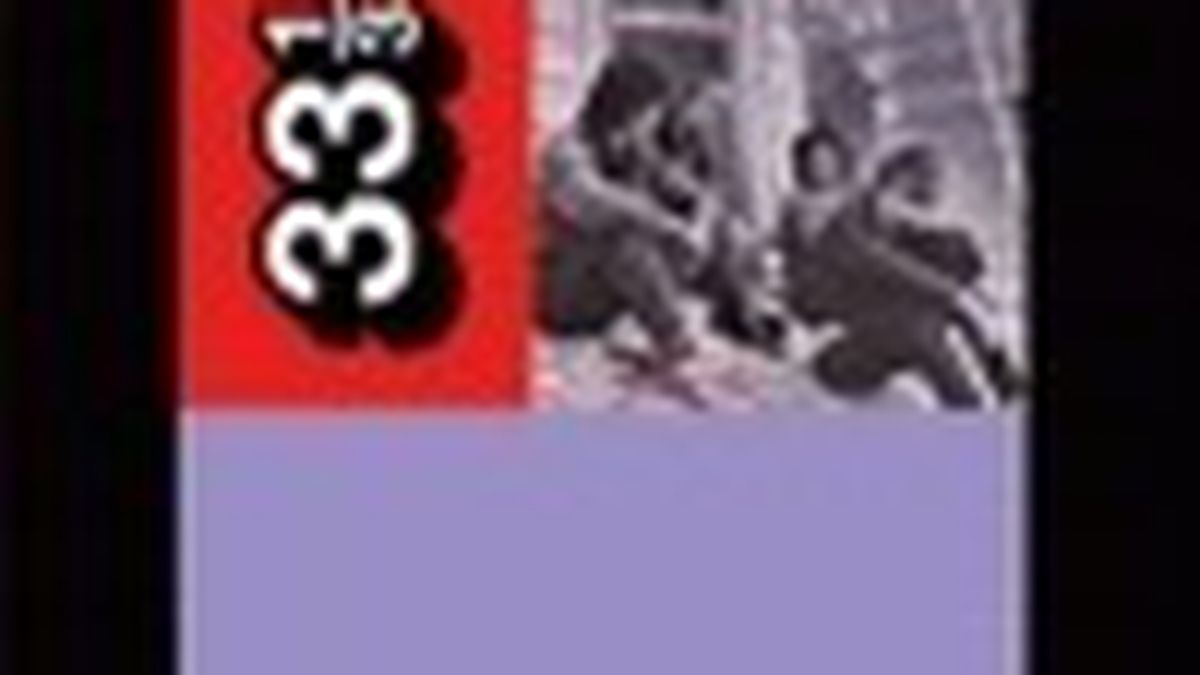 In 2002, while holding court in his office overlooking NYC’s Madison Square Park, David Barker — a friendly young Englishman editing a series of chapbooks on contemporary American fiction — decided it might be nice to produce a set of books fixated not on individual novels, but on individual albums. A motley collection of musicians, critics, writers, and miscellaneous hangers-on would each devote 25,000 words to whatever record happened to fascinate them, from Dusty Springfield to Joy Division to DJ Shadow.

Not quite three years later, Barker’s “great idea” has evolved into the 331/3 series: a stream of affordably priced (less than $10 apiece) and conveniently sized (they fit in your back pocket) books as individualistic and idiosyncratic as the albums that inspired them.

Joe Pernice’s Meat Is Murder, currently the best-selling of the collection, is a novella. Douglas Wolk’s Live at the Apollo is written against the backdrop of the Cuban missile crisis. Warren Zanes’ Dusty in Memphis explores the mythology of the South. Franklin Bruno’s Armed Forces is structured alphabetically (R is for Rock Against Racism), and Colin Meloy’s treatment of the Replacements’ Let It Be operates as a sweet Huck Finn coming-of-age story with the legendary indie cassette as its soundtrack.

For the initial half-dozen titles back in 2002, Barker (whose first live concert was the Smiths at the Royal Albert Hall) scoured newspapers, books, blogs, and his own record collection in search of the right musicians and critics who might bring his idea to life. But it wasn’t until the English writer Andy Miller’s manuscript for the Kinks’ Village Green Preservation Society landed on his desk that Barker was convinced he’d found the right track. The editor experienced “an overwhelming sense of relief and happiness that this guy had completely understood what I was trying to get people to do.”

And what’s that, exactly? “Um, well, it varies, doesn’t it?” Barker offers, accent in full force. “I think it’s a mix. I think you’ve got to have research. I would like you to come up with some original material that no one has written about or known before. And a personal angle that kind of brings it to life for the reader. It’s a mix of four or five different things, and I think it’s interesting how some writers do 10 percent of this and 90 percent of the other. And some people do 20 percent of everything.”

And while it might seem a given that any writer willing to take the time to pound out 25,000 words on a single disc would choose their all-time desert island pick, that’s not always the case. “I think I assumed that most of them would want to write about their actual very favorite album,” Barker says. “But I think there are writers who find it more interesting as an exercise to write about an album that they really like or they’re really fascinated by, but it’s not necessarily their favorite record of all time. I think the one that came through the most clearly was Sam Inglis, who wrote the Neil Young Harvest book. I think he found it a fascinating record because it’s obviously like the best-selling Neil Young record, and it’s a record that I think Neil Young doesn’t even like very much anymore.”

Now, looking back over nearly three years of the series that he founded, Barker can still register surprise. “I’m still incredibly bad at predicting which ones are going to sell better than others,” he says. “It’s still very, very hard to tell. But I think the main thing I’ve learned — which probably if I’d thought about it before we started this series I would’ve worked it out — is about 85 to 90 percent of the writers have written about albums that they became obsessed with between the ages of fourteen and eighteen.”

To date, a total of 23 youthfully preoccupied chapbooks have been published, with four more (on Kick Out the Jams, Low, Born in the USA, and Endtroducing … ) due out in September, another quartet by year’s end, and ten more contracted for 2006. Beyond that, Barker is unwilling to plan. “I don’t think we’re going to stop it,” he says. “But I just don’t like taking it for granted, because I think as soon as you start taking a project like this for granted, you just kind of take your foot off the pedal.”

It’s been said that anyone who watched the Beatles invade The Ed Sullivan Show on February 9, 1964 picked up an instrument the following day and started a band. For any music fan with even a suppressed desire to write, it’s nearly impossible to hold a 331/3 book in your hand and not think, “What album would I write about?”

“I literally get three or four e-mails, phone calls, letters every day from people who want to write for the series,” Barker concurs. Since that’s not nearly enough to choose from, we decided to lend him a hand. We accosted some of our more literate friends, writers, and musicians, and popped the question: If you had a gun to your head, what album would you and/or could you write 25,000 words on?

The Who, Live at Leeds

Consistently picked as the best live album of all time, Live at Leeds holds special meaning for me because it’s how I learned to play the guitar. The way it was mixed helped a lot — the drums and vocals are straight up the middle, the bass is panned all the way to one speaker, and the guitar is panned to the other, so if you turn off one speaker you have Pete Townshend playing guitar live (with no studio overdubs or trickery) on a magical night for you to steal riffs from. It’s the best unintentional guitar lesson of all time. — Kevin Bowe, producer, songwriter, and guitarist for Paul Westerberg & His Only Friends

It’s the record where she started to lose people due to her burgeoning jazzbo streak, but also because she went from the confessional “I” and pulled a Dylan and started using “you.” It’s deep and deeply misunderstood, and packed with feminist narratives she insists are not feminist. It’d be a great one to unpack and untangle. — Jessica Hopper, editor, Hit It or Quit It

A beautiful album by a group I’m totally infatuated with — it’s smart and moody and gorgeous and I love it to pieces. I can’t believe they broke up (there must be a German word for this kind of mourning), but I long for the Parallel Universe Travel Machine to go to the world where they recorded a third and fourth and fifth brilliant album/CD/whatever. — Geoff Schmidt, author of Write Your Heart Out: Advice from the Moon Winx Motel

Because I find Tina Weymouth to be completely fascinating, and I’d love to discover how they recorded that many people to make such an amazing album. Also, rehearsing/recording and living at Compass Point Studios, Nassau, Bahamas has been an Architecture in Helsinki daydream for years, and if I was researching, I’d have to go there, right? — Kellie Sutherland, singer/multi-instrumentalist, Architecture in Helsinki

Given the turnaround time from punk icon to yesterday’s news, Johnny Rotten created a blueprint for the fusion of house, dub, punk, electroclash, and avant-garde experimentalism long before some of those styles existed… on a major label budget, no less. — Kevin Chanel, editor, ChinMusic

Yah, I get teased for declaring the Mekons as my favorite band in the whole world, since I’m not old, balding, or a man (the band’s been around longer than I’ve been alive). But when Jon Langford yelps I was born inside the belly of rock ‘n’ roll!, it seriously has to be one of the greatest rock moments ever. — JP Pfafflin, publicist, Bloodshot Records

Fusion music has always gotten a bum rap in my book, and Santana’s blend of Latin vibes with jazz licks and hippie peace and love is remarkably beguiling, and feels like the music of a utopia that never happened. At least, it never happened in the world, which is how it usually is. — Will Blythe, author of the forthcoming To Hate Like This Is to Be Happy Forever, a love story about the Duke-North Carolina rivalry

The Geto Boys caused so much controversy at the time, it’d be fascinating to navigate the multi-angled stories behind the production, camaraderie, aftermath, shit storm, and resultant lasting influence. — Todd Inoue, music editor, San Jose Metro

Surfacing was an extremely special album at an influential time in my life. It influenced me deeply, and it still resonates. She’s got one of the most controlled voices … she’s the Chris Cornell of her genre. Her wide range of melody is ridiculous. The songs are so sincere, you can tell she was documenting something special to her, and it forces the listener to relate even more. It’s so melodic and hooky and beautiful. — Donald Carpenter, singer, Submersed

The only album I could fathom using said word allotment for (without rambling on nonsensically à la Generation Blog). A psychedelic soundtrack to California sunshine while still retaining a charming self-pity … it has never stopped sounding challenging, yet still so friendly to ears of all ages. Plus, how fun would it be to conclude drawing parallels to ….Wilson Phillips! — Robert Suchan, singer/guitarist, Koufax