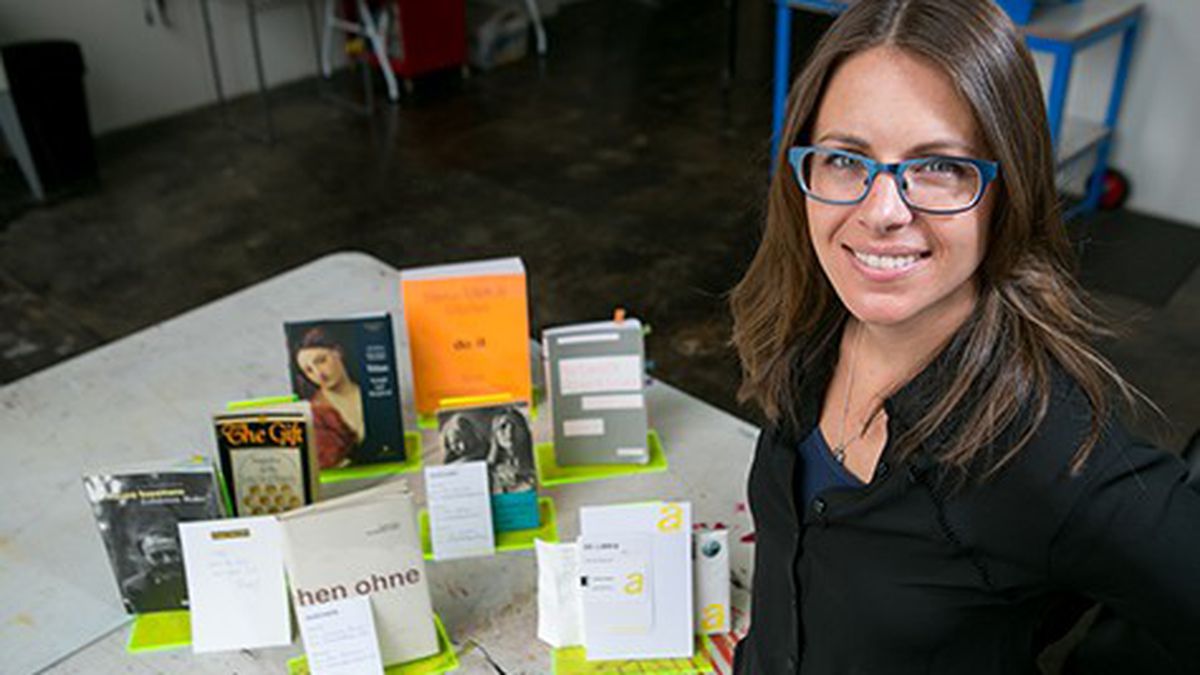 Curator Lacey Haslam is creating a living collection of books sourced from the libraries of contemporary cultural leaders.

In April, Lacey Haslam, an Alameda-based curator, lost her closest mentor. She began to think about all of the people who have influenced and inspired her work, and wondered how she could reify that network of inspiration in a way that would allow her to both memorialize and share it. She came up with Archive, a social art project that aims to trace a network of intellectual influences through an ongoing collection of books.

“What we’re ultimately doing is building a cultural resource … in the form of mapping this creative network that seems to be an undercurrent of sorts,” said Haslam in an interview. “How do we bring that to the surface and how do we highlight it and attribute that value, because it is such a valuable part of our culture?”

She began by asking creative, cultural leaders to choose one book out of their personal libraries that has crucially influenced their work, and donate it to her collection. Contributors were also asked to hand write an ex libris (a bookplate), explaining why they chose the book. Last, she requested that they nominate three other artists or intellectuals whose work they respect and admire. She then went through the same process with the nominees, allowing the collection to take on a life of its own.

Haslam’s hope is that the project will provide access to the type of creative guidance transmitted through mentorship, but from leaders whose advice we might not normally have access to. She also aims to harness that guidance in a personal, analog way before it is lost. “I started thinking about the passing of Maya Angelou, who was actually one of the people I was planning to reach out to,” she said. “How would it have affected us if she had actually written out the ex libris so we would have part of her legacy to pass on to other people? … How do we capture some of that for future generations?”

Haslam will be debuting the project September 4 at Kala Gallery (2990 San Pablo Ave., Berkeley). This first time around, there will be 20 to 25 books on display, with the contributors’ bios next to them. So far, contributors include people such as SFMOMA New Media Curator Rudolf Frieling, Berkeley Art Museum and Pacific Film Archive director Lawrence Rinder, and NIAD director Timothy Buckwalter. There will also be couches and tables, so the space can also function as a free creative hub.

The project is, inevitably, going to grow extremely quickly. As it expands, Haslam plans to pop up the installation in various locations around the Bay Area until it finds a permanent home. She is crossing her fingers for the opportunity to take over a warehouse in Jack London Square, although she has yet to acquire funding. “I want it to be here for people fifty years from now. I want it to be in a space as big as a museum,” she said. “The idea is starting small, but I’m hoping it’s going to go big and go long-term.”