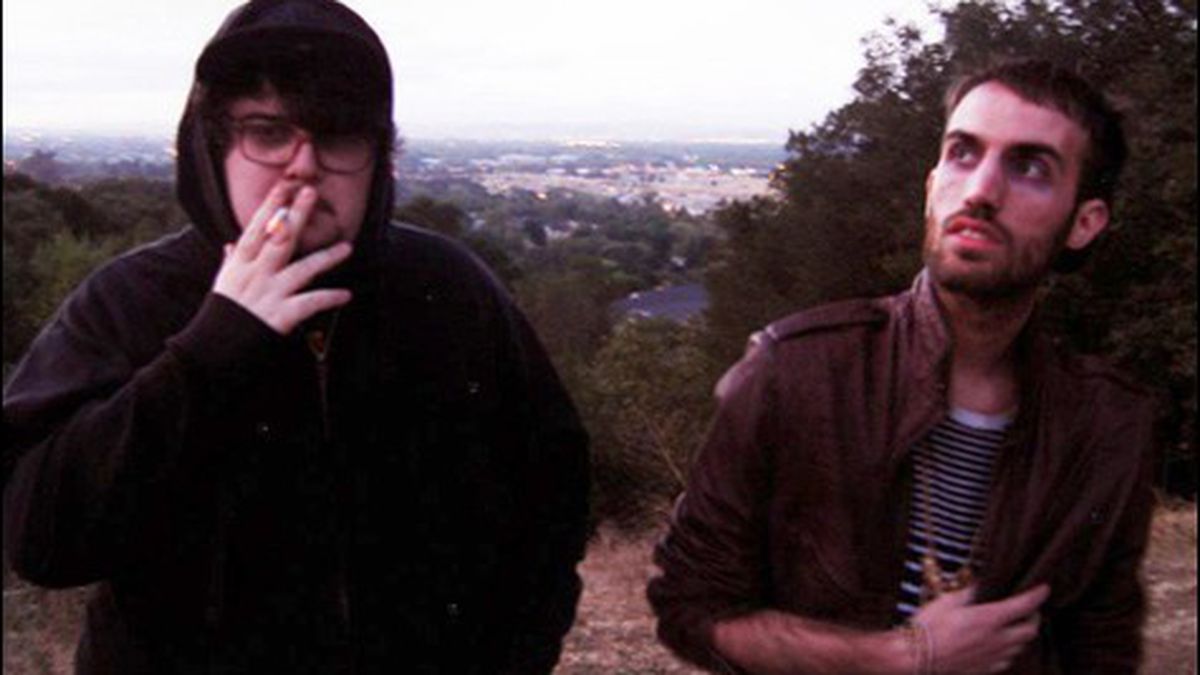 How two beat-makers from the 'burbs spun their parents' generosity into social capital.

Last year, two art-school students from tony East Bay suburbs upset much of the conventional wisdom about hip-hop. Operating out of a gated community in Pleasanton, just up the road from the Castlewood Country Club, producers Dylan Reznick and James Laurence seem to live at a great remove from the rappers with whom they collaborate — and from the timeworn cliché that hip-hop is about authenticity. Their production team, Friendzone, is both a supplier for rappers and a group unto itself. With a business model based on calculated generosity, Reznick and Laurence managed to parlay financial wherewithal into social capital. They formed mutually advantageous relationships with rappers who might otherwise have nothing to do with them. Improbably, they became two of the most sought-after auteurs in East Bay hip-hop.

Granted, that’s largely a result of having a financial reservoir. Friendzone’s studio is an in-law unit behind a giant house that belongs to Reznick’s mom. She’s an oil painter; his dad is a computer engineer who lives in Berkeley. The studio is slovenly — dishes lie on amplifiers, their surfaces clotted with food — but it has all the necessary hardware for top-of-the-line production. At its center is a horseshoe-shaped rig of adjoining desks, decked out with computers, keyboards, oscillators, prescription pill bottles, and the recently released iPad 3. There’s also a bathroom, a kitchenette, and a couch littered with video game consoles. A giant painting on the back wall looks like a valiant attempt at abstract expressionism — Reznick said he and a few friends got naked one night, poured paint on their bodies, and rolled around on a large piece of scrap wood.

On a typical Sunday night Reznick and Laurence are there cobbling beats, a task that evidently doesn’t require much focus. Laurence plucks a cigarette from a pack left discarded on the couch, lights it, and stares blankly at a horror movie playing on the TV. On the screen, a man wends through the corridors of a house with the same gothic proportions as Reznick’s, clutching a shotgun. Reznick, who is rail-thin with a fauxhawk and a Pentagram tattoo, shows off the group’s rig. With a few clicks of a mouse he opens their latest product — a new beat that they hope to foist on Oakland hip-hop duo Main Attrakionz. Deliciously pleasurable pop chords jangle through the computer speakers, punctured, at intervals, by old-fashioned 808 drum fills. The track sounds like a minimalist version of a Nineties slow jam. It’s a style that Reznick and Laurence turned into a signature.

The two producers met seven years ago at one of Reznick’s house parties. Laurence was a high school student with left-field musical tastes — he composed harsh experimental noise music on a laptop — and Reznick, then eighteen, was flitting through various offbeat subcultures. For a while, their career paths ran parallel. Reznick played guitar in a spate of punk bands, including the abrasive power trio Robin Williams on Fire, for which he usually played naked. They co-founded the indie band Destroy Tokyo with keyboardist Chris Danko and drummer Preetom Choudhury in 2007, but defected three years later. (The name “Friendzone” derives from one of Destroy Tokyo’s song titles; Danko later rechristened the band “Religious Girls.”) Last year Reznick and Laurence began writing instrumentals together in a style that’s come to be known as “cloud rap.” The name illustrates the aesthetic, Reznick said: “It means spacey, shoegaze, lo-fi, smoky, full of reverb ….”

To an observer, “cloud” might also befit Friendzone’s creative process. Reznick and Laurence do a lot of their work remotely, with Laurence pilfering samples from a variety of sources and emailing them to Reznick for synth parts — the system is by definition lean, high-tech, and collaborative, not unlike the data-sharing model of cloud computing. The producers also distribute their music within an Internet cloud, posting most of the instrumentals on Tumblr or other social networks. To date, they’ve given beats away to several hip-hop acts, including Main Attrakionz and Japanese rappers Carios and DKXO. They haven’t made a penny.

Luckily, Friendzone has absolutely zero overhead costs, which puts them in a position to be de facto patrons of Oakland hip-hop. Laurence, who wears big glasses and baggy T-shirts, is a student at the Academy of Art University; Reznick studied sound engineering at Ex’pression College for Digital Arts, but says he actually learned most of his skills on the fly — in addition to a vast arsenal of computer equipment, his studio has a drum set and a few keyboards, on which he practices occasionally. The two of them say they were driven to hip-hop partly out of curiosity, and that they got in the game by giving away tracks for free. That’s how Laurence and Reznick found favor with their most high-profile client, Main Attrakionz, who they initially courted on Twitter.

It’s a sensible business model for two fledgling producers, Reznick explained, indicating that once the group builds up enough cachet, it will try shilling tracks to major labels. Not to mention they have other ideas in the works, like the T-shirt line they developed a few months ago. If that doesn’t work, they could always go back to punk.

Jimmy Stewart Would Be Proud