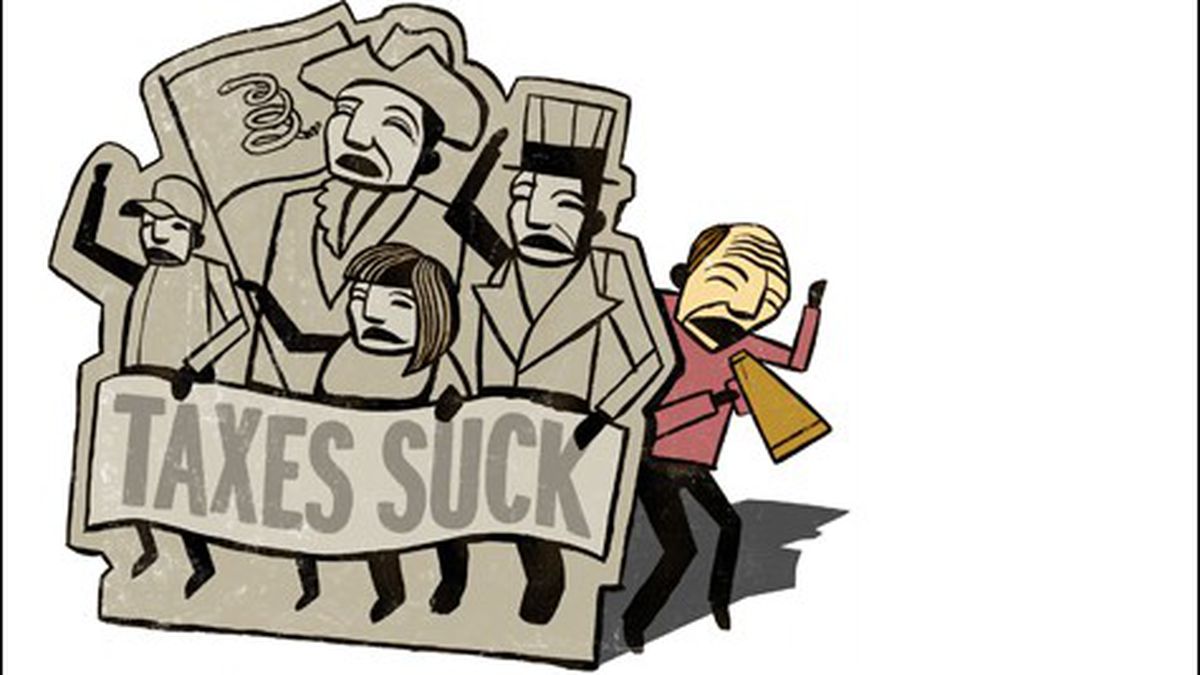 The supposed grassroots movement made a big splash in Pleasanton on April 15, but on a day-to-day basis it appears to be nothing more than hype.

On April 15, the Tea Party appeared as if it might become a political force to be reckoned with in the East Bay. An estimated 10,000 people showed up at the Alameda County Fairgrounds. It was revelry for the right-wing, a scene where Ronald Reagan was God and Nancy Pelosi — and her communist takeover — was enemy number one. Even the Birch Society was on hand, as was the NRA. And those who didn’t share such “American” values were relegated to the “Free Speech Area” of the event. Yet despite the impressive size of the festivities, the day-to-day operations of the Tea Party in the East Bay strongly suggest that it’s more hype than a formidable political force.

In the weeks leading up to Tax Day, this reporter made extensive efforts to contact Tea Party organizers but came away with little to show for it. For example, the East Bay Tea Party, which belongs to the larger umbrella organization, Tea Party Patriots, states in its profile on the Tea Party Patriots’ web site that it “is a very active” group. “We protest every Friday and hold regular monthly meetings on the first Monday of the month,” the site states. And indeed the group keeps a calendar of events. But when this reporter tried to track down the group for its scheduled Friday Night Protest on April 2 at the El Curtola overpass in Lafayette, no one was there. In their defense though, it was drizzling hard enough to warrant intermittent windshield wipers.

Guerrero said the goal of the Fremont Tea Party was to find a conservative candidate to replace liberal East Bay Congressman Pete Stark. “Pete Stark does not believe in the Constitution,” he said. “He is a self-avowed socialist.” This reporter tracked down Guerrero and his Tea Party later that day at a protest they were staging on an Interstate 880 overpass in Fremont. The half-dozen Tea Partiers who showed up were waving American flags and displaying signs over the freeway that read “USA not USSA” and “Fire Stark.”

A photographer at the protest then asked this reporter to stand closer to the fence where the demonstrators were. When asked why, the photographer said it would make for a better picture, implying that it would help the tiny demonstration appear larger, albeit by just one person.

Of all the East Bay tea parties, the Pleasanton Tea Party may be the most organized — in light of how it put together the April 15 protest. But it too seems elusive. The Tea Party Patriots web site, for example, lists Kevin Daniel as organizer for the Pleasanton Tea Party. Yet when contacted for this story, Daniel maintained that he also could not speak for the group, because as a grassroots movement, he said the group has many organizers.

He said Bridget Melson was the person best qualified to speak on behalf of the group, and that she could be reached via PleasantonTeaPartyPatriots.com. However, this web site does not exist. This reporter also tried to reach the group for comment through PleasantonTeaParty.com, but the only contact information on the site is an anonymous message box, to which this reporter submitted a request for comment for this story and received none. Melson finally returned requests for comment by phone the day following the Tax Day protest — but only after this reporter aggressively hounded media relations staff at the fairgrounds.

There is another Pleasanton-based Tea Party Patriots group listed called the Pleasanton/NorCal Tea Party, but the link to their profile goes nowhere. This apparently is not a separate Tea Party group, but is instead the name of the Tax Day event organized by the Pleasanton Tea Party, according to a flyer handed out at the fairgrounds. It’s unclear why the group chose to list itself twice under separate names on the Tea Party Patriots’ site — unless it was done to make the movement appear larger than it really is.

A Tea Party Patriots group called Nor-Cal Freedom Fighters is listed as being based in Danville. Sharon Ferrell, listed as organizer for this group, was contacted and confirmed that she is a spokesperson for the organization but also declined to comment for this article.

And then there’s the Contra Costa Conservatives. Their listing states: “Conservative groups in the East Bay … have announced weekly Friday afternoon Taxed Enough Already ‘TEA Parties’ at the intersection of California Blvd. and Ygnacio Valley Rd., adjacent to the Walnut Creek Bart Station…which will be held every Friday from 4:30 to 6:00 p.m., [and] will continue until further notice.” But this reporter was unable to locate a single member of the groups at the stated time and place of their supposed weekly demonstrations.

The profile of the Brentwood Tea Party on Tea Party Patriots’ web site showed that it has ten featured members on the day this reporter checked. Five of the members, however, are apparently all the same individual — username RiG89. Jill Price, listed as the group’s organizer, was contacted and confirmed that she is a spokesperson for the organization, but had no further comment. Another Tea Party Patriots group, simply called East Contra Costa County, lists Brentwood as its home, with Robert Smith listed as organizer and no further contact information. On the day this reporter checked, there were only three featured members of this group, including one “jillprice,” and all of them were featured members of the Brentwood Tea Party.

And finally, a “group” called FellowshipoftheMinds, listed for “Berkley CA,” appears to be simply a link to a blog that explicitly states that it is operated by three people, only one of whom resides in California. The content of the blog is a mix of paranoid right-wing rhetoric, cooking recipes, security advice including tips for surviving the complete meltdown of human civilization, and Lord of the Rings references.

A Study No One Needed