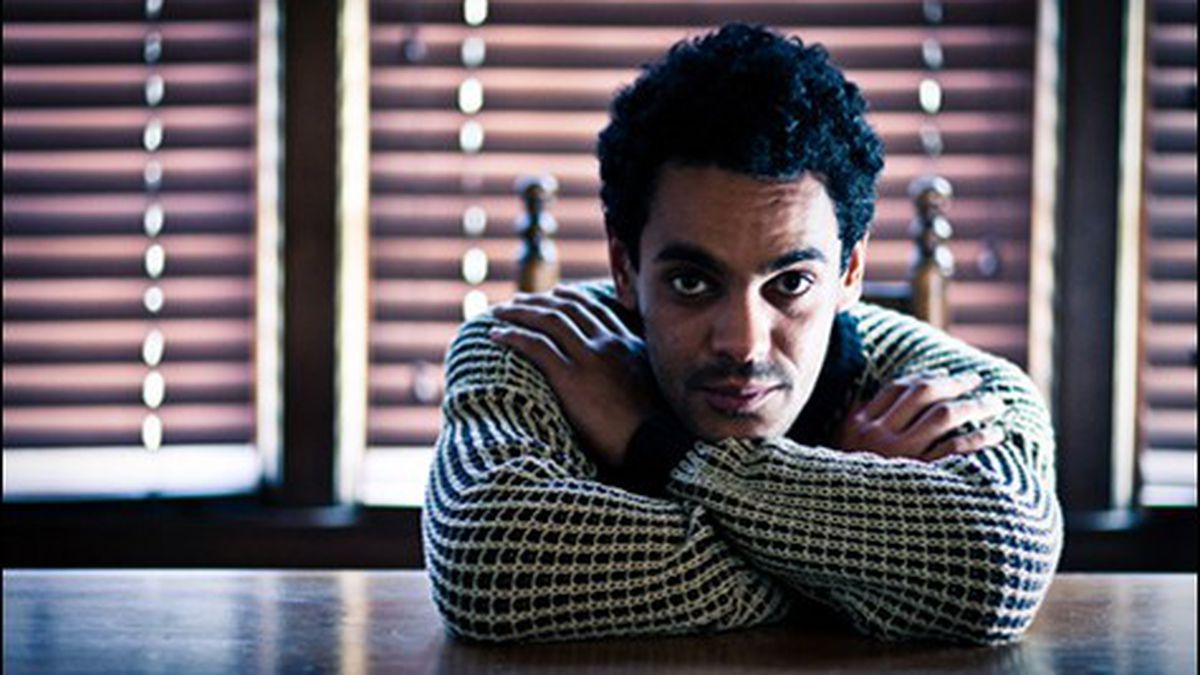 A garage band advances, in spite of the lead singer's reservations.

The crowd was sparse when Oakland garage duo Safe performed at the Occupy Oakland demonstration a couple Fridays ago. Which was to be expected. Protesters had just received an eviction notice and were bracing for a giant police raid — no one knew that it would be delayed until early Tuesday morning. The night was balmy, the air was tense, and Safe’s fans stood in a small clump in front of City Hall. “It was kind of strange,” singer Christopher Edley admitted.

Not that he or guitarist Jesse Hadden expected to be the stars of the show. Twenty-seven-year-old Edley grew up in a liberal, academic family — his father is the dean of the UC Berkeley School of Law — so he’s no stranger to protests. Moreover, he’s not a huge fame junky or attention-monger. In fact, for someone so widely admired in the local garage scene, he’s remarkably unassuming. A carpenter by day, Edley doesn’t squander any time on social-networking sites, and he hasn’t used gimmicks to win fans. He has no agent or publicist; he’s difficult to find on Google; he released his first EP on cassette tapes only. In an era where “stardom” is increasingly dependent on one’s ability to go viral, Edley has managed to do things the old-fashioned way. In his case, the cliché about “music speaking for itself” is actually true.

Raised in Cambridge and Brooklyn, Edley didn’t grow up playing instruments, other than a six-month stint on the saxophone in middle school — and that was mostly to appease his father. He did, however, listen to a wide swath of the pop music canon, particularly Sixties jazz, reggae, and contemporary R&B. (One of his favorite albums is Janet Jackson’s 1986 hit, Control, and if you pay close attention to the chord harmonies on the Safe EP, you can hear the similarities.) Edley was also heavy into visual art, and might have been highly successful at an art or design school had family expectations not steered him in a more academic direction. He spent a year at Swarthmore College, then took off for Portland, then joined friends to start an organic farm in Vermont, then resettled in New York, met a guy who directed videos for MGMT, and landed a job as a freelance video artist. It was around that time that Edley also began immersing himself in music.

In short, Edley’s path to the rock world was rather circuitous. But he picked up a lot of useful skills along the way. In Vermont, for instance, he lived in the boondocks with no electricity, so he spent a lot of time tinkering on a children’s spinet piano with a three-octave range, and no action on the keys. (They sounded like chimes, he said.) From that, he learned how to create melodies and harmonies. Edley lived with a friend who had a more traditional background in music, so he’d often ask for tips on how to build chords or notate rhythms. While the friend couldn’t provide fully comprehensive training, he still helped Edley with the basics. Edley recorded the original Safe EP on GarageBand, beginning in fall 2009 and wrapping up in the spring of 2010. For a solo art project with on-the-cheap production, it’s arresting.

The Safe EP comprises eight songs, most of which hover on a single tonal center. It speaks volumes about Edley’s personal tastes, and about the sounds he’s soaked up, osmotically, from listening to so much reggae and R&B: consonant melodies, warm major sevenths, cool-sounding sus chords. The clean song structures keep it earthbound, while the lean, liquid drawl of Edley’s voice provides depth. Ooooh there’s rats in the apple tree tonight, he murmurs in a characteristically cryptic lyric from his song “Rats and Spider.” The song, which is essentially just four minor chords over a drum pattern, is as suggestive and eerie as an Emily Dickinson poem. Asked to translate, Edley wrote, in an e-mail, that it’s “literally about how one night I was in the backyard and there were hell of rats in the apple tree.” Then he added: “I guess it’s about autumn, season’s change, decay and sustenance, preservation, too.”

Although Edley says he has never studied any songwriter in particular, he’s spent a lot of time writing lyrical poetry, and he enjoys trafficking in suggestion. “Like if you’re writing a sign for a dangerous road, you wouldn’t be, like, ‘It’s gonna be rocky, and kinda wet, and the sun will be in your eyes,'” the singer explained. “You’d just say, ‘Caution.'”

Hadden came on board last year, after attending one of Edley’s shows at Artists’ Television Access in the Mission. The two had actually met several years prior in Portland but never realized how well they’d complement each other as musicians. Hadden is a multi-instrumentalist with a particularly great sense of rhythm; he uses well-timed delays to make the guitar sound open and airy, without veering too far into shoegaze territory. The effect is something like a one-instrument rock band, as evidenced by a recent performance at Rec Center Studios in West Oakland, where Safe opened for YouTube phenom Uncle Ricky. The show took place in a packed, poorly ventilated garage; the audience members drank beer out of paper bags; the stage was actually a concrete floor strewn with mic cords and amplifiers. Edley emerged with his sequencer, while Hadden strummed long two-chord vamps. The crowd loved it.

Perhaps Edley feels most in his element performing in a garage or outdoor protest, where fans won’t burden him with being a rock star. That said, he appears to be getting popular in spite of himself. Both members of Safe are slender and scraggly and almost incorrigibly handsome — even if they seem to have no knowledge of it. Last year Edley signed to the Portland-based indie label Lasercave, which released the Safe EP. He has an album in the works and a fairly solid local fanbase. If he wants to remain safe and anonymous, the cards are stacked against him.

Facebook
Twitter
Previous articleOakland Police to Jean Quan: Can’t We Take the Day Off, Too?
Next articleOngoing Coverage of the General Strike All Day Today
18,632FansLike
0FollowersFollow
67,429FollowersFollow