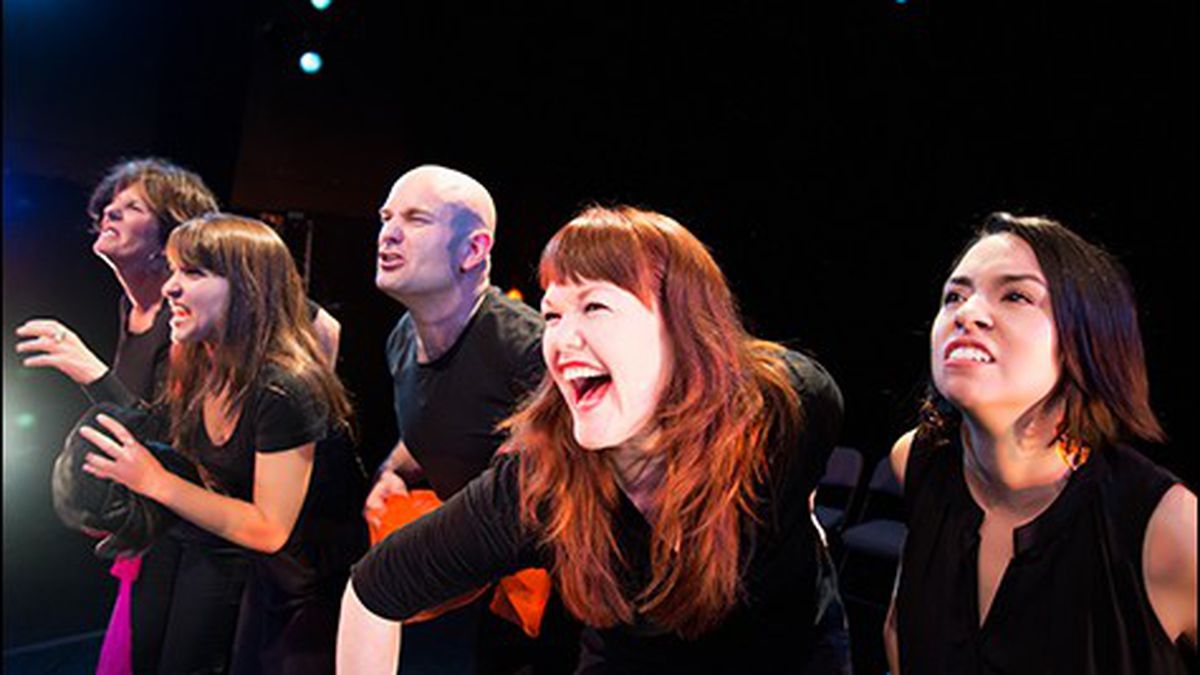 These days, there’s no shortage of pundits and politicians espousing their views on immigration. But drama therapist and director Armand Volkas sees something missing from the conversation — the stories of immigrants themselves. In order to humanize the often-polarizing topic, Volkas’ company, The Living Arts Playback Theatre Ensemble, will stage improvisational plays based on the immigration-related stories of audience members at La Peña Cultural Center (3105 Shattuck Ave., Berkeley) on Saturday, June 14.

The ensemble uses an improvisational technique in which they “play back” narratives shared by audience members. As the “conductor,” Volkas interviews the subjects, after which the actors perform their stories using words, sound, movement, and dance. Afterward, the storyteller is asked for his or her impression of the performances. “I believe that immigration is a trauma and there is no place in our culture where these stories can be told in this way,” said Volkas. “We let TV and film tell stories for us, and people’s personal stories are sometimes discounted, so it’s very validating to see your story enacted.”

As an immigrant himself, Volkas said the issue is very important to him. His parents, who were survivors of Auschwitz, migrated to France after the end of World War II, where he was born. Then, when he was three years old, Volkas and his family moved to the Los Angeles area. “Being in a traumatized European immigrant family, I tried to make sense of my identity,” he said. “The language of my home was French mixed in with Yiddish, and outside, I was trying to make sense of baseball and hotdogs and American patriotism.”

Volkas sees La Peña as an ideal venue for the production because of the diverse crowd that it attracts. During the ensemble’s immigration-themed performance at the cultural center last year, a range of people shared their stories, including a man who had moved from Central America to the US when he was a child, and a woman from South Asia whose husband ended up leaving her after she followed him to the US.

The ultimate goal of the performance is to honor the immigrant experience, help people create meaning out of their memories, and also create a sense of community among the audience members. “It taps into a primal need for connection,” said Volkas. “By the end of the evening, there is an intimacy among strangers.”

Over the course of the company’s 29 years, immigration has been the topic most frequently explored. “It’s a universal and archetypal experience,” said Volkas. “Whether you came here to better yourself, or as a refugee, or fleeing a bad marriage, there’s a culture shock and a loss of your land. And then there’s a celebration of the opportunity you’ve created. It’s a hero’s journey.”