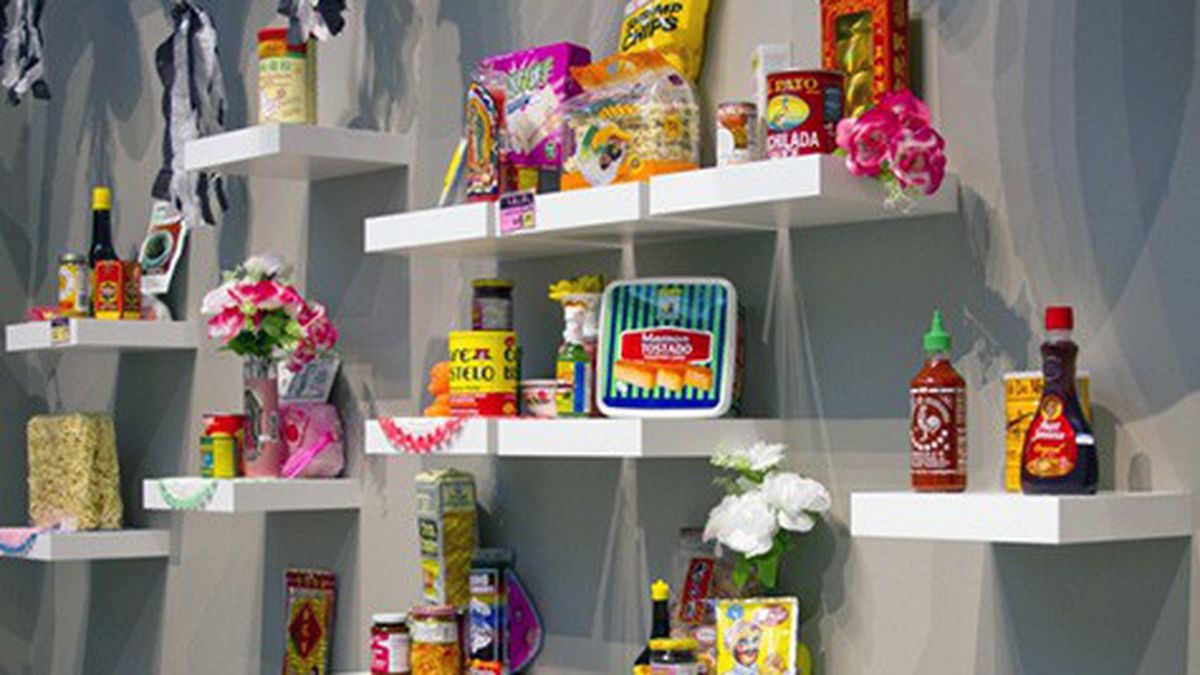 In Who Is Oakland? artists with varying standpoints converge at the Oakland Museum of California to propose answers to the question of Oakland's identity.

Oakland is a city in flux. As people from San Francisco and elsewhere migrate to the Town in hordes, the physical and social architecture seems to be reconfiguring in real time. Amid such a transformation, divisive questions of ownership, authenticity, and belonging are at the fore of community conversation. These concerns can be funneled into one central inquiry: Who is Oakland? With its current exhibition of that title, that’s what the Oakland Museum of California (1000 Oak. St.) is hoping to find out.

The idea for the show came as a response to a neighborhood report the museum commissioned. It gathered testimonials from throughout Oakland on what citizens felt were the most pressing issues in the city today and how they would like to see the museum respond to them. When public practice curator Evelyn Orantes saw the report, she turned to Chris Johnson — a California College of Arts professor and respected Oakland artist — to build a show around it. But he knew it wasn’t his place to address the question alone. Johnson decided to bring together a group of ten artists to form a varied response, which ended up spanning the topics of surveillance, environment, food culture, activism, ethnic representation, and, of course, gentrification — all situated around the notion of place.

Johnson’s contribution to the show is titled “The Best Way to Find a Hero.” He created a modified map of the city by taking only the neighborhoods that are perceived as “bad,” and putting them next to each other. Then, he threw darts at the map, went to the places he punctured, and interviewed the people who lived there. He found people with long histories in Oakland, and asked them to share their biggest accomplishments in life. Stories ranged from graduating from high school to traveling the world, and videos of each are on view in the exhibit.

Favianna Rodriguez, who is known for her colorful paintings that use butterflies as a symbol for migration, contributed a found object installation called Food Migration that’s an exciting elaboration on her usual work. To create it, she gathered multicultural budget shopping items from Asian and Latino markets and placed them like sculptures on a wall, forming an homage to the importance of food as a symbol of cultural identity.

The most politically potent contribution is artist Chris Treggiari’s collaboration with Peter Foucault, Cole Goins, Aaron Mckenzie, and the Center for Investigative Reporting, entitled Eyes on Oakland. For the piece, the team traveled through Oakland in a white van asking citizens what they thought about surveillance and getting them to read little-known facts about the city’s methods of surveilling them. In the museum, video responses, photographs of written responses, and actual surveillance footage showing places like Frank Ogawa Plaza are displayed in a kiosk.

Who is Oakland? is not a show meant to be quietly appreciated. Rather, it’s a prompt for discussion. That type of socially engaged art work is an arm of the museum’s curatorial body, which is less than a year old and shows that the museum is interested in grappling with relevant political questions through community participation. “Oakland is a very politicized town, so when you asked people what they want to talk about, they’re going to talk about what’s important to them — and it is highly political,” Orantes said. “What better place to come to have those conversations? … Having the artwork be a catalyst for discussion is what museums do the best.”

To further those discussions, the museum will be hosting two public events in connection with the show. On May 8, at 7 p.m., the artists who created A Hole in Space (see “Artists Create Two-Way Video Portal for Oaklanders to Meet Their Neighbors,” 1/28) will present footage from their project connecting Rockridge and East Oakland pedestrians through a video portal, and will speak with Treggiari and others.

On July 10, at 6:30 p.m., the museum will screen East Side Sushi, a locally made film about a working-class Latina mother who takes a job at a sushi restaurant. Afterward, the filmmakers will do a Q&A with Rodriguez, moderated by Orantes.

It’s not likely that you’ll leave Who is Oakland? with a definitive answer to the question it presents. But in the realm of social practice art, the process is what’s important.