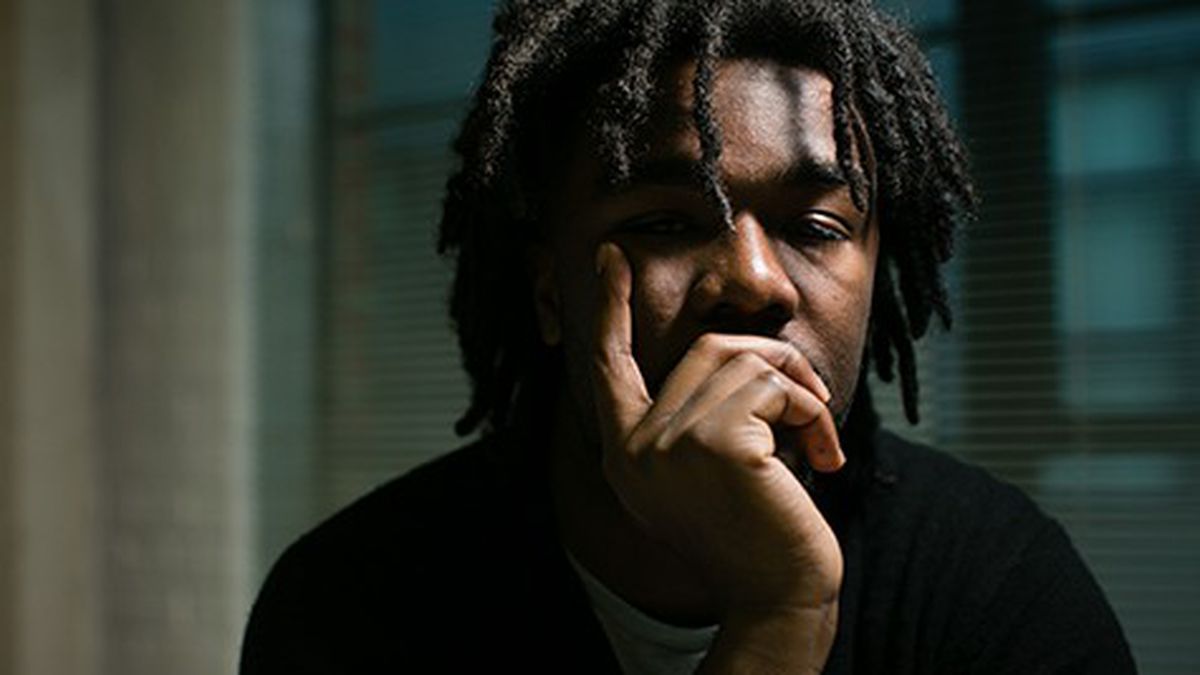 With his upcoming album, Kilt3, the up-and-coming rapper sought to write a soundtrack to his life's most epic moments.

“I see myself performing in arenas and baseball stadiums and soccer stadiums. I wanna make, like, big — big, big, big — anthem songs,” enthused IAMSU in a recent interview. “Like U2-type — Coldplay, Beyoncé, Jay Z, Prince. I wanna be a rock star.” While his assertion might sound hyperbolic to some, considering how far the 26-year-old rapper has come already, his ambitious proclamation didn’t come off as too farfetched.

Since gaining notoriety in 2011 for his standout feature on LoveRance’s chart-topping single “Up,” the Pinole artist has climbed the ranks of the Bay Area’s music scene and is in large part responsible for galvanizing the current wave of melodic yet hyphy-inflected rap currently coming out of the region.

HBK Gang, the music collective he founded shortly after graduating high school in 2007, has become so large and so widespread that IAMSU and its other members — such as P-Lo, Kehlani, Kool John, Sage the Gemini, and Jay Ant — currently make up a large percentage of the most promising young, local artists.

As a producer, rapper, and singer, IAMSU’s influence on the other HBK members’ output is palpable. And in turn, he and his collaborators have had a noticeable ripple effect on other West Coast scenes — which is impressive considering the crew’s sound has caught on organically, largely without major label support.

At this point, IAMSU has had major singles with big-name locals like E-40 and Too $hort as well as mainstream rappers such as 2 Chainz, Dej Loaf, and Tyga. His recent single, “Famous,” is currently on 106 KMEL. Last week, he left town on a national tour in preparation for his upcoming album, Kilt3 (which, he just announced on Twitter, should be out this week). He also recently released an Android app (an iOS version is in development); is preparing to launch a new merch collection; and said he has several finished music videos sitting on his hard drive. In short, IAMSU is preparing to level up.

While IAMSU experimented with more emotional and introspective lyrics on his 2014 album, Sincerely Yours, Kilt3 turns its focus to big, upbeat clappers that overlay bouncy, bombastic bass and flutters of glistening synth lines with a metallic sheen. He has a gift for coining hooks, but his recent singles, such as “Game Time” and “Up All Night,” also see him solidifying a distinct flow that effortlessly bridges rapping, singing, and carefully inserted backing vocals. Earworms are where IAMSU truly shines, and his best work conveys a sense of instant gratification — a strength he sought to hone on the new album.

“I didn’t want there to be any moments where you feel like you need to look at your phone or you feel like you want to start talking to somebody,” he said. “I wanted every moment to feel like, ‘Oh, he’s about to say this,’ or ‘This part is about to come on’ — all Snapchat moments.”

While newfound success is lyrical fodder for many rappers, IAMSU’s pursuit of stardom has influenced his writing process in less typical ways. He found unexpected inspiration for Kilt3 while watching movies on tour bus rides and flights. While writing and producing Kilt3‘s tracks, he became especially infatuated with the 1983 version of Scarface, and its cinematography and electrifying, synth-driven soundtrack became sources of inspiration for the album’s sonic palette. Giorgio Moroder — a pioneer of synthesizer-based pop production who worked with the likes of Donna Summer and Debbie Harry in the Seventies and Eighties — wrote and produced the Scarface soundtrack, and the influence of his pulsing, glossy synth playing is subtly apparent in Kilt3‘s production.

“When I was on tour last year, on a bus, I would literally just plug my BeatBox in and play [the Scarface soundtrack] on the road trip, and look out the window and envision how I could add those sounds to my sound,” he said. He explained that he often thinks of sound in terms of color, and that the tropical, kitschy scenery of Scarface, which takes place in Miami, helped him conceptualize beats with effects that evoke the movie’s decadent look.

“It sounds like Art Deco buildings — white walls, neon lights, palm trees, you know what I mean? All those colors — I wanted to add it to the production of the music. Not like, killing people and selling drugs or Scarface stuff, but figuring out the most intriguing way to tell my story. Like, the most crazy-sounding soundtrack to what my life story is.”

While IAMSU said that Kilt3 has been finished since August 2015, he has repeatedly delayed its release date since announcing the album title last fall — much to the befuddlement of his anxious fans. He admitted that last year’s announcement was somewhat premature because he had not finalized various financial aspects of the project.

“Before, when I was making music, I’d record it, Chief mixed it, and I’d put it out,” he said, namedropping one of HBK Gang’s other producers. “But it’s so much of a business process. If there’s other people involved, you gotta get sign-offs, and there’s percentages, and attention to detail.”

Instead of vying for a record deal, he and his mom, Maxine Harris, who is also his manager, started their own label, Eyes on Me, which they recently registered as an LLC. He explained that while, previously, Atlantic was courting him for a contract, he ultimately wanted more control over his sound and image than the label was willing to give. Considering that the Bay Area has a long history of self-starting rapper-entrepreneurs, such as E-40, The Jacka, and Mac Dre, he has decided to circumvent the traditional pathways to success and chart his own.

“I tried to get in the system and play that game, but I hate that game.”

Nastia Voynovskaya
Previous articleParents Are Outraged that an Ex-49er, Who Is on Trial for Sexual Assault, Spoke to Students About Self-Discipline
Next articleWednesday Must Reads: Obama Picks Centrist for Supreme Court; Oakland Council Okays Controversial Housing Plan
18,645FansLike
12,284FollowersFollow
66,371FollowersFollow