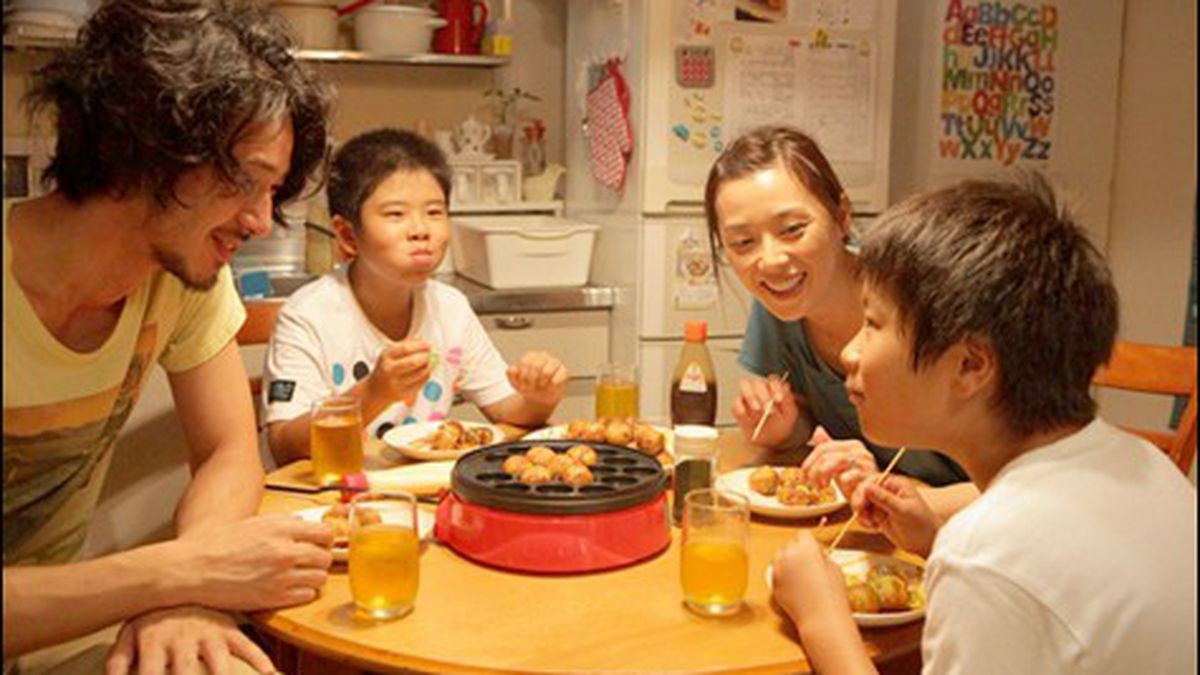 Japanese writer-director Hirokazu Kore-eda’s filmography (Maborosi, After Life, Still Walking) is filled with quiet, closely observed character studies about the different ways people watch out for each other. His masterpiece, Nobody Knows, carries out that plot concept to tear-jerking lengths in the story of a family of children abandoned by their mother in a Tokyo apartment, and what happens to them over time. With his latest, I Wish, Kore-eda returns to the land of kids, this time in a decidedly less tragic but just as defiantly hopeful mood.

Twelve-year-old Koichi (Koki Maeda), a pudgy boy with the deliberate demeanor of a serious middle-aged man, lives with his mother (Nene Ohtsuka) at the home of her parents in the southern Japanese city of Kagoshima, to which she and Koichi have recently moved after a divorce. Koichi’s high-spirited younger brother Ryunosuke (Koki’s real-life brother Ohshiro Maeda) lives in the nearby city of Hakata with their father, a guitar-strumming dreamer (Joe Odagiri). The brothers miss each other and the stability of their former family life — even though their parents seem to be incompatible — and together the boys hatch a “magical plan” involving two shinkansen bullet trains and the granting of wishes.

Kore-eda claims he was partially inspired by Rob Reiner’s movie of Stephen King’s Stand by Me, and there is a flavor of that in the way the brothers and their friends band together as they wander small-town Kyushu searching for the magic spot. But, as in Nobody Knows, the true chemistry exists somewhere in the air between the kids’ personalities and the filmmaker’s patented optimistic realism.

It takes on the contours of a tone poem. Flavors of Ozu waft in through an open window as Grandma (Kirin Kiki) fans herself in the still evening. An active but sleepy volcano dusts Kagoshima with fine ash. Koichi’s tough but sympathetic teacher (Hiroshi Abe) confides that he, too, grew up without a dad. One of the boys has a crush on the school librarian. Koichi’s pal Makoto (Seinosuke Nagayoshi) loves his little dog Marble so much he can’t let go of him, no matter what. At home in Hakata, Ryu hangs out after school with three girls in the back room of a bar owned by the mother of pre-teen Megumi (Kyara Uchida), who wants to be an actress more than anything in the world. Grandpa (Isao Hashizume) and Grandma run a bake shop where they specialize in karukan cake — but the flavor is too subtle for most. Kore-eda, supremely humane, paints in a flurry of details that reveal a grand canvas of love and loyalty if we take a step back. Don’t miss this one.

Sympathy for the Devil