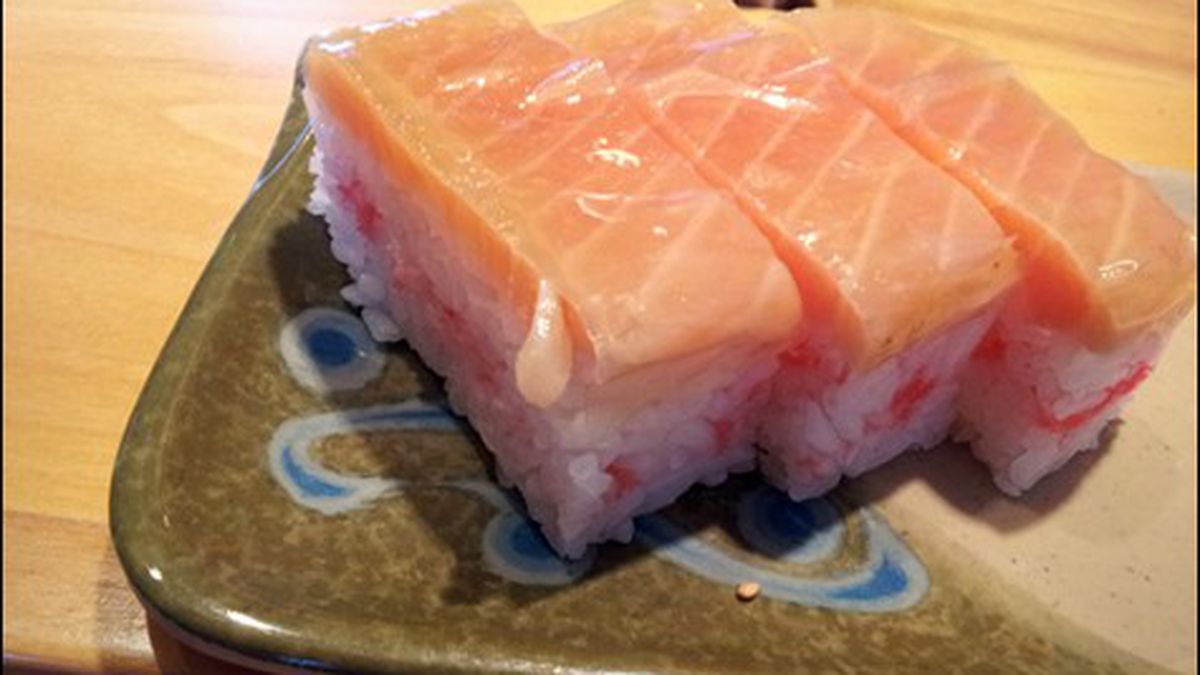 I Dream of Sushi Sho

A true shokunin of sushi — a craftsman — comes out of retirement.

Not every sushi joint is created equal. There are fast-food conveyor-belt operations. There are buffets where you can stuff your face with all the spicy tuna rolls you can fit in your gullet. There are all-purpose restaurants that sell sashimi and teriyaki chicken and udon. And there are the fusiony mega-roll specialists that deal primarily in oversized, over-sauced creations.

For the most part, I’m an equal-opportunity sushi eater. But for the purist, the top of the hierarchy belongs to traditional sushi bars that only serve nigiri (the classic rice-mound-topped-with-fish), sashimi, and simple maki rolls — everything impeccably fresh and expertly prepared to order.

Sushi Sho is one such place, and eating there is a risky proposition: It might turn you into a sushi snob.

Two months ago, chef Akitoshi Kawata (“Aki-san,” as regulars call him) reopened the longtime Solano Avenue favorite at its new location in El Cerrito. I never had a chance to try the original Sushi Sho, but online raves painted an intriguing picture — not just of delicious sushi, but also of the enigmatic chef: There was talk of strict “rules” with respect to everything from where you sat to how you ate the sushi. At least one Chowhound poster referred to Aki-san, fondly, as a “Sushi Nazi.”

After two meals at the new Sushi Sho, I’d say the restaurant is charming in large part because of these quirks, not in spite of them.

Here’s the drill: Sushi Sho doesn’t accept reservations or take-out orders, and if you call the restaurant it’s unlikely anyone will pick up. From outside, the restaurant looks like a private residence, or maybe a dentist’s office; only a tiny sign clues you in that it’s a dining establishment. A line starts forming about half an hour before the restaurant’s posted 5:30 opening time — but often, the doors don’t actually open until 5:45 or 6:00.

Once inside, you’re seated at an immaculate L-shaped sushi bar with room for fourteen diners — if you’re the fifteenth person in line, you’re screwed. (The restaurant has tables that can fit an additional twenty people or so, but these just function as a waiting area.) My advice: If you can’t get there early, try to arrive at around 7:30. You shouldn’t have to wait too long for the second seating.

Note that there’s a $25 per person food minimum, but $40 to $50 is a more reasonable estimate — more if you’re drinking a lot. My two cents: The edamame and miso soup at Sushi Sho aren’t so different from what you can get at other Japanese restaurants, so save your ducats for the good stuff. That said, the peanutty wakame (seaweed-and-cucumber salad) was lovely, and the chawan mushi (steamed egg custard) was one of the best I’ve ever had: quivering and just barely set, with the slightly grassy flavor of mitsuba (a Japanese wild parsley) lingering like a ghost after each spoonful.

But the sushi is the reason to come, whether you opt for the omakase (“chef’s choice,” which should run you somewhere between $30 and $50 a person) or order à la carte. And with sushi that’s served with little adornment, there’s no hiding any flaw — not just with the quality of the fish, but with the knife work, the rice, the assembly of each roll. When the food is so simple, it has to be perfect.

At Sushi Sho, most of the time it is. The fish is tender and fresh-tasting, the rice well-cooked and served at room temperature — not cold, as at inferior restaurants. And although Sushi Sho uses green wasabi paste, not the freshly grated stuff that’s prized by connoisseurs, purists will appreciate that Kawata puts what he’s determined to be the perfect amount on each piece of sushi. No additional wasabi is offered, lest you mask the flavor of the fish.

A few highlights among the nigiri, which come two pieces per order: The sweet raw scallop, cliché be damned, melted like butter in my mouth. The cold-smoked salmon was a luxurious cut with a clean, understated smokiness. The uni (sea urchin), four or five “tongues” per portion, was so rich and unctuous that it seemed obscene to put the whole thing in my mouth at once. And the mentaiko — a salted cod roe that Kawata described as “the fishiest thing in the restaurant” — was like eating the briny essence of the sea.

In the future, I might pass on the market-priced otoro (fatty tuna belly), which was more gristly than I liked, especially given the $15 price tag. And the salmon “pressed sushi” — which is molded into perfect right angles — was gorgeous, but didn’t taste so different from regular salmon sushi, aside from a thin layer of vinegared seaweed on top.

But the one (comparatively complicated) roll I ordered, the “unokyu-maki Special A,” was another stunner: The smokiness of grilled eel, the salty pop of flying fish roe, the crunch of cucumber, and the creaminess of avocado all combined to create one perfectly balanced bite.

Ultimately, in spite of his reputation, Kawata came across as more of a good-natured professor than a stern dictator. If I ate any of his sushi “wrong,” he never corrected me. But he was happy to answer questions: Which of these nigiri should I eat first? Should I dip this in soy sauce or not?

As much as anything, then, Sushi Sho is a great destination if you want to learn about traditional sushi in an intimate setting — twelve or fourteen of you, huddled around the master.

When we went for our first visit, my wife was annoyed at the fact that we waited nearly an hour to be seated. When we left, all she said was, “I guess that was worth the wait.”

I thought so, too.