.Hungry By the Numbers

How the government defines hunger — and what it looks like up close. A photo essay. 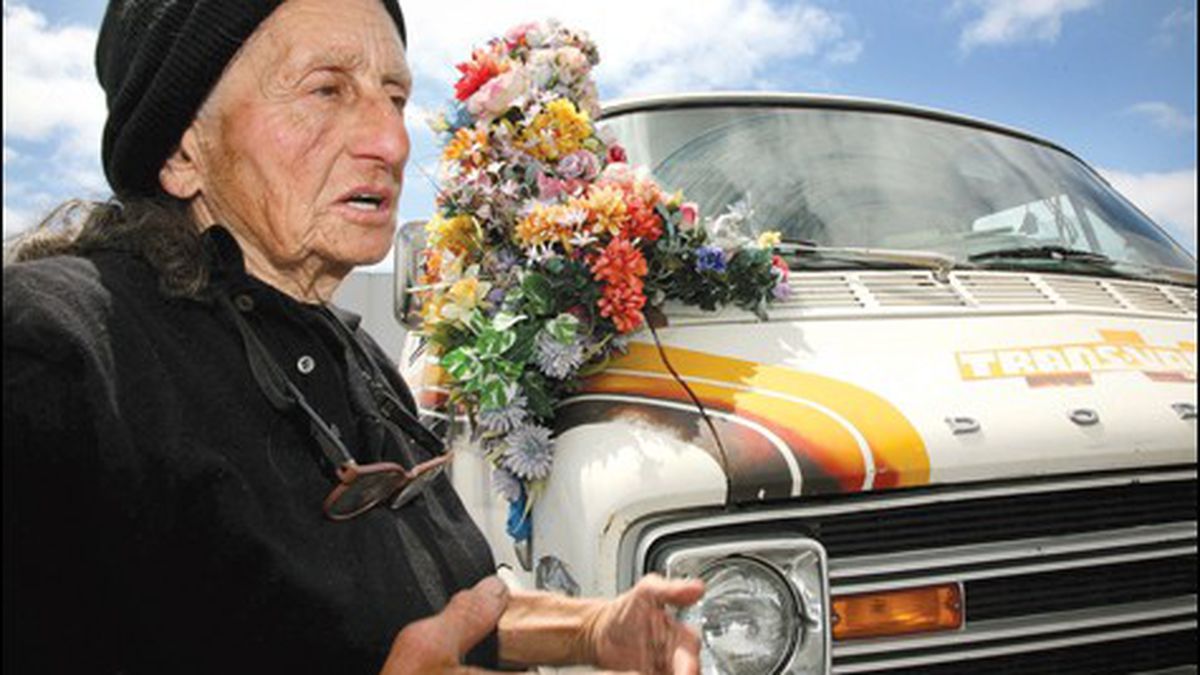 The federal government, in its infinite wisdom, has tried to define for us what being hungry means. They’ve come up with a yardstick, called “food insecurity.” It means people who have less food than they want and need. It includes people who actually go hungry, but also those who’ve had to reduce the amount they eat, skip meals, or eat food they know isn’t good for them, because they can’t afford what it really takes to eat.

Late last fall the US Department of Agriculture shocked even those people who are used to thinking about the problems of hunger, when it released a report that counted the number of hungry families in this, the richest country in the world. It turns out we’re not so rich after all, as anyone who’s lost a job or a home in the Great Recession could easily tell you. Still, the numbers are like a sharp blow upside the head.

Some 16 percent of all families were food insecure — they didn’t have the money to buy enough food at some point duirng 2008, up from 12 percent the year before. That amounted to 49 million people, including more than 16 million children. That’s almost a quarter of all the children in the United States, and 4 million more than it was in 2007. This year we know the number is higher — we just don’t know how much higher — yet.

About a third of those families simply didn’t get enough food to eat. That’s called, in USDA parlance, very low food security. That means these families went hungry. That included 12 million adults, and 5 million kids.

The other two thirds of food insecure families only survived because they had access to federal food programs, or got food at a local food pantry or soup kitchen. That means they were hungry too, but not quite as much.

Hunger isn’t really spread evenly, as is obvious when you think about it. More in Oakland. Less in Lafayette. More than a quarter of all black and Latino households were food insecure — compared to 16 percent in general. And more than 13 percent of all familes made up of single moms and their children were not just food insecure, but outright hungry.

Some 42.2 percent of food-insecure households had incomes below the official poverty line, which is $21,834 for a family of four in 2008. So more than half of all hungry families actually had incomes above the poverty line. That poverty line, that official yardstick, is so low that millions of families not officially “in poverty” still don’t have enough money to buy the food they need.

This was 2008, when the recession was just beginning. Last year, with unemployment in California reaching more than 12 percent, these numbers all went up. Again, we don’t know yet by exactly how much, but we can be sure it’s going to be a big jump.

We do know that the breadwinners in hundreds of thousands of California families suddenly lost their jobs. Families that formerly had no trouble feeding themselves, and even went out to eat in restaurants, couldn’t put enough food on the table at home at some point to keep everyone from getting up hungry. So people went to food banks, food pantries, and soup kitchens to try to make up for what they could no longer buy. Almost five million people went to food pantries last year, up from 4 million the year before. About 625,000 ate in soup kitchens.

National numbers sometimes don’t tell the local story, though. How many hungry people do we have where we actually live? Alameda County, with a population of 1.5 million, had probably a quarter of a million food insecure people in 2008. Contra Costa 160,000. Oakland 64,000. Berkeley and Richmond 16,000 each. Hayward over 22,000 and Alameda over 11,000. There were over 20,000 hungry children in Oakland alone. Do the math for your own neighborhood or city.

These are the numbers. The real question is, in your neighborhood? On your street? In the house down your block, or next door? Or could we be talking about you?

Here are a few of our neighbors — people who live around us. Let’s forget the numbers and look at their faces. Hear their stories of how they’ve managed to survive — and eat.

Beverly Cherkoff cooks her meals in a tiny kitchen in a van, where plastic flowers climb the radio aeriel and spill across the windshield. Cherkoff, who parks the van in the parking lots of a couple of local factories, says she discovered one day, talking with the Mexican workers there, that they sometimes came to work hungry. She got a little extra food from the Davis Street food pantry, and began cooking for them also, while making her own meals. Today she fills big bags with lettuce, and carts away boxes of mushrooms. Shared food, she believes, makes you feel like people can all survive if they look out for each other. Most of the other people who get food at Davis Street have jobs too, but often still don’t make enough money to both buy food and pay rent.

Mary Katherine Jones lives with her son Curtis in a single-room occupancy hotel in downtown Oakland. Jones receives SSDI as a disabled diabetic, and Curtis is her in-home care provider. The room has no refrigeration or kitchen, so they have to keep their perishable foods in a cooler, and buy ice every day or two. Food doesn’t keep well this way, and it’s also important to wash the cooler out every day in the one bathroom all residents on the floor share, in order to prevent sickness. Mary Katherine sometimes has to choose between paying for medications and buying food. To get to the store they have to take a bus and pay $2 round trip. Ms. Jones is a gospel singer and had been singing in LA with a ministry until they encouraged her to move to Oakland about a year ago. Now she spends her time going to bible school, singing, and writing music. She goes to St. Mary’s Center for seniors, located on the Oakland/Emeryville border. Curtis was an actor in bit parts in LA, and takes classes in computer repair while looking for similar work in the Bay Area.

Nnekia Stevenson was living with her three-year-old son and his father in Berkeley last fall. Despite holding down two jobs, though, while her son’s father worked in construction, she couldn’t make ends meet and moved in with her mom in an apartment in the Fruitvale. Neither had much money, and hardly any furniture to fill the vacant living room. Nnekia works with children at a local agency, ISOP, and was able to get a few days’ work a month on call at the New United Motors Manufacturing plant in Fremont. But NUMMI closed in April, however, so Nnekia plans to start school at Laney in the fall to get a degree in childhood development. Nnekia’s mother, Terri, gets SSI for her disability, which disqualifies them for food stamps. Terri was homeless off and on for thirty years, but finally moved into a shelter, Chrysalis, where she participated in rehab and got help finding a home.

Jim Reagan used to live in Peoples’ Park in Berkeley. Last fall he traded the companionship of sleeping bags under the trees for a room in a single-room occupancy hotel in Berkeley. Before living in the park, he worked in homeless shelters, but then became homeless himself for two years. Now he hopes to become a caterer, while living month-to-month waiting for SSI checks. We met Jim at “Night on the Streets — Catholic Worker,” a crew of dedicated volunteers, many from local churches, who bring breakfast to homeless folks in Peoples’ Park and Provo Park every Sunday Morning. He stores the food he brings behind his house.

Oscar Fernandez, a day laborer from Mexico, lives in Hayward. His family lives in Merced in the Central Valley, where his wife works in a large retail store. Oscar can’t find work in Merced, however, so during the week he comes up to Hayward and only sees the family on the weekend. Once a month Oscar and dozens of other mostly Mexican families spend the night on the sidewalk, waiting for the food distribution by Hope for the Heart on Saturday morning.