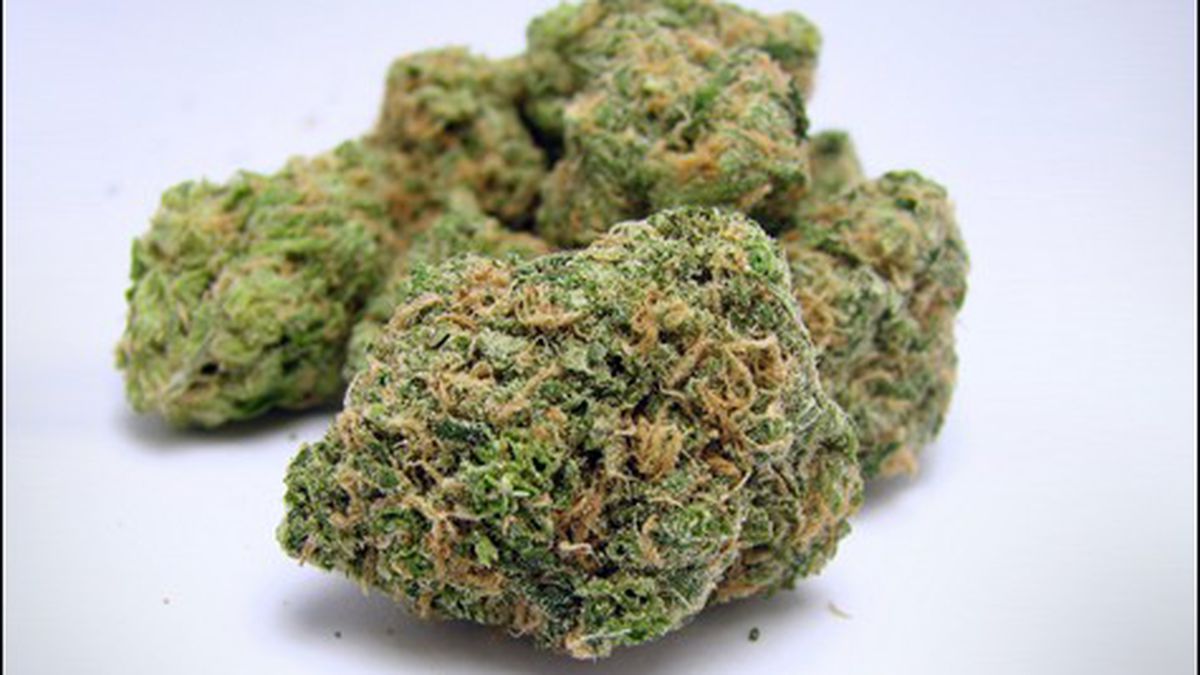 How to Smoke Weed

And avoid ending up at the hospital, or in jail.

Don’t scarf down pot brownies, and be careful mixing weed with alcohol.

Abide by those two simple rules, and you’ll avoid becoming a freshman cliché at the hospital or the city jail, said Amanda Reiman, a lecturer at Cal who has a Ph.D in social welfare from UC Berkeley.

Recently named California policy manager of the Drug Policy Alliance, Reiman is a leading harm reductionist and former research director at the major East Bay dispensary Berkeley Patients Group who understands that plenty of people don’t “just say no” to weed, and those who say yes should minimize as many risks as possible. For freshmen, the major risks start with edibles, then move to alcohol, and finally social repercussions.

“Every year there’s a news story about some kids in a co-op, usually freshmen, who get a hold of pot brownies,” she said.

With sixteen being the average age of marijuana initiation, most freshman have already smoked pot, but “smoking pot is not the same as eating pot,” she noted. The effects come on much slower, and can be stronger and last longer. “One starts to feel a little weird, and a mob mentality takes over. Suddenly they’re all feeling weird and they go to the hospital where doctors tell them to go home, calm down, and drink some water.”

Reiman talked to Berkeley firefighters, who apparently get more calls for pot-brownie-induced panic attacks than for fires. So, take it really slow with the weed edibles, Reiman advised. Eat a bite, wait an hour, and see how you feel.

For one, new college students simply aren’t used to all the booze that’s suddenly available, Reiman said. “Alcohol intoxication leads to poor decision-making: The unprotected sex, the decision to drive, the getting into physical altercations — things college students usually get into trouble for, all happen to be way more intensified with alcohol and not with marijuana.”

The problem is, the two have “synergistic effects,” she said. “It is one plus one equals four.”

Alcohol lowers inhibitions, inducing weed neophytes to light up at the worst possible time. A dizzying six-pack of Tecate can suddenly turn into the spins and pukes with just a puff. “If you’ve never smoked pot, [when you’re] drunk is not a good time to try it.”

Still, Reiman actually recommends pot over alcohol as a recreational substance. “I don’t want kids to think that they’re equal,” she said. “You’re really better with the marijuana as long as you’re not putting yourself at heightened risk of getting arrested or in trouble.”

Pot has no lethal dose, is significantly less addictive than alcohol or nicotine, and has mild, medically benign withdrawal symptoms, Reiman noted. Pot’s biggest risk can be from law enforcement or other institutions, she said.

Possession of less than an ounce of marijuana is an infraction of California law, punishable by a $100 ticket, and can include arrest if the cop is being a real Rambo. “In Berkeley, unless you’re blowing pot smoke in the police’s face and doing something else that’s disruptive to the environment, they’re not going to ticket you,” said Reiman.

To avoid such a ticket, use weed at home, and take special care when driving with weed in the car. That can lead to a DUI, which will ruin your year.

According to National Institutes of Health surveys, about 71.5 percent of teens report pot is fairly easy or very easy to obtain, and they’ve said so for years. Finding some should be as easy as making a few friends and getting an introduction. Don’t buy weed on the street from strangers — just don’t. But if you must, remember the main rule: Don’t let go of the cash until you’ve inspected the drugs.

Should freshman get a doctor’s recommendation and use medical marijuana dispensaries?

“It’s definitely safer,” Reiman said. “I would recommend it if they get marijuana quite frequently.”

Lucky for you, the Bay Area has the best access to medical cannabis on the planet, via storefront dispensaries or delivery services, searchable on WeedMaps.com. You’ll need a valid doctor’s recommendation for marijuana (not a prescription) and a valid California ID to join a California collective.

The easiest way to get a doctor’s recommendation is to make an appointment with a local cannabis specialist that operates a clinic. (They advertise widely.) Doctor’s notes for marijuana typically last for a year, and cost between $50 and $80.

Under Prop 215, “seriously ill Californians” can get a doctor’s note for marijuana to treat “cancer, anorexia, aids, chronic pain, spasticity, glaucoma, arthritis, migraine or any other illness for which marijuana provides relief” (our emphasis).

A major 2006 survey of patients showing up at a cannabis clinic in Oakland found that pain, insomnia, and tension were three main reasons doctors were giving out pot recommendations.

As far as lying to get a doctor’s note, Reiman said, “my personal feeling is that pretty much every serious illness is correlated somehow to stress.”

And pretty much everyone is stressed out.

Of course, many city, state, and private facilities like dorms and co-ops can be total hard-asses about smoking weed, issuing academic penalties and even evictions. Prop 215 doesn’t matter. You could also lose your financial aid if you report a pot ticket to the feds.

Smoke weed at your sophomore friends’ apartment like a grown-up. If you must break house rules, use odorless vapor pens, or vaporizers or edibles, all of which are available at dispensaries, Reiman said.

Lastly, since you’re not qualified to hold anything more than a crap service sector job, expect drug tests. Pot is fat-soluble, and regular pot users can expect to fail a urine screening for THC metabolites for up to six weeks after their last use. Prop 215 does not protect patients from job dismissal. Consumer products that flush one’s system are available at health food stores. Clean urine is available for purchase online.

Athletes, ROTC members, and others may be tempted to try “synthetic marijuana” to avoid a dirty pee test. Made of lab chemicals never tested on humans, “Spice,” “K2,” and the other synthetics are really, really bad news. “Stay away from that stuff,” said Reiman. “It’s completely horrible for you. Don’t ever put that into your body for any reason.”

About 9 percent of regular marijuana users are likely to become dependent on the drug at one point in their life. If you find yourself wanting to smoke less weed but unable to do so on your own, talk to a professional about the habit, she said. There’s no more shame in getting help for a weed habit, Reiman added, than someone seeking help with their diet or mental health.

And again, watch it with those brownies. They look delicious, but they will rock your world.