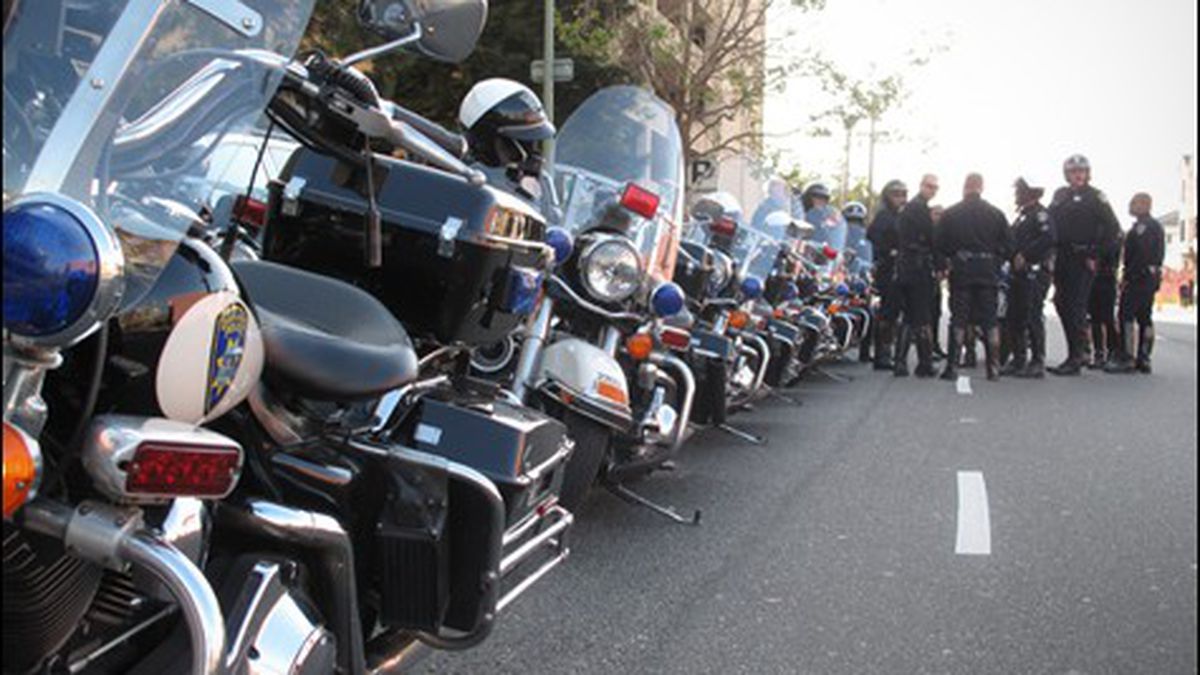 OPD will have to overcome fear and distrust in parts of the community.

When the Oakland Police Department put out a call for new recruits earlier this year, more than 2,000 people applied, but most of them live outside of Oakland. The applicants reside in cities in the outer East Bay and in San Francisco; some also hail from as far away as Illinois and Florida. Currently, just 9 percent of the current police force is from Oakland (see “The High Costs of Outsourcing Police,” 8/8/12). Though the department has stepped up efforts to hire locally in recent years, it still finds it difficult to recruit local cops. Many residents and community advocates say more cops should live in Oakland, know the city, and care about its interests. The challenge is how to entice them.

Lifelong East Oakland resident Reggie Wooden, an OPD applicant, said he never really had problems with police. But, he said, “like every other black kid growing up in Oakland, a fear in cops is just bred in you from Day One.”

As he got older though, Wooden’s perspective began to change. Now that he has a four-year-old son, he wants to “break that cycle of thinking” about OPD, Wooden said. “I don’t want him to grow up being afraid of the police or … view police officers as negative people.”

Wooden has reason to hope that his son won’t fear police. He is currently going through a battery of assessments to determine whether he can become an Oakland police officer. As of earlier this month, Wooden was one of about 150 people left in the application process, vying for 55 open slots in the academy.

He said he wants to become a cop because he got tired of hearing complaints about the city’s bad rap. “My motivation is to do whatever I can do to turn this negative view of Oakland around,” he said. “… And my knowledge of the city would be a great asset to the police department.”

Officer Juan Sanchez, who heads OPD’s recruiting and background unit, and is in charge of the new hiring efforts, said the mentality when he first started was to recruit applicants from out of state, but he never agreed with that strategy. He was born and raised in Oakland’s Fruitvale neighborhood, and was a beat officer for his first seven years on the force. And he said his local knowledge was a huge asset when dealing with local residents.

“Right away, as soon as they hear me speak in Spanish, they automatically are comfortable,” said Sanchez, who has been a recruiter for eight years. “I can communicate with this person. I can tell him, ‘Oh yeah, I recognize him. He grew up here. He went to high school here, he worked here.’ … Now they feel, not only can I speak the language, but now they’re even more comfortable saying, ‘You know what? The people over there are dealing drugs or they’re doing this.'”

Sanchez said the department is looking for well-rounded applicants who know how to navigate Oakland’s diverse communities. While the hiring process does not award extra points for being a resident, Sanchez said it is an important factor and that the department is especially interested in bilingual applicants who speak Spanish, Cantonese, or Vietnamese. The first round of testing held in May this year attracted a large pool of minority candidates.

Nonetheless, distrust of OPD within parts of the city is high, making it more difficult to attract local recruits. George Galvis, a San Antonio neighborhood activist who counsels young men who have been named in the Fruitvale gang injunction, said the young men he works with have good reason to distrust the police, no matter where they are from. “Gary King, Raheim Brown, the list goes on and on …, but there’s a number of police killings that generally aren’t accounted for when we look at the annual homicide rate in Oakland,” he said, listing off names of young men who have been killed by OPD. “And yet, it’s nearly impossible to be let go once you become a cop.”

The Fruitvale gang injunction forbids the people named in it to carry guns, be seen with each other, or be out in the streets between 10 p.m. and 5 a.m. The idea is to curb gang activity, but many people think it promotes racial profiling and police harassment.

Galvis noted that the majority of alleged police abuse situations involve a small number of officers. Just sixteen officers were responsible for nearly half of the total shootings between 2000 and 2010 (see “Deadly Secrets,” 10/12/2011). In 2009, OPD fired officer Hector Jimenez after he killed two unarmed suspects within six months. But the department was forced to rehire him just over a year later, after a labor arbitrator ruled in his favor.

“I believe OPD works just like a gang,” said 24-year-old Ruben Leal, who is named in the Fruitvale gang injunction. Leal contends that OPD maintains an “us versus them” mentality that is not so different from what he sees among his peers. “They protect each other,” he argued. “They got that no-snitching thing, you know. If a police officer does something wrong, his partner is not going to tell on him. They have that blue code.”

Galvis said he supports efforts to hire and retain local officers, but mostly, he does not think Oakland needs more cops. “Crime goes down, they say it’s because there’s more law enforcement and we need to maintain,” he said. “And when crime goes up, that’s because we need more law enforcement. Either way, the politics of fear tactics [is used] to throw more money at them.”

While there are disagreements over whether the city needs more cops, many people agree that good policing involves more than locking people up. Officer Sanchez said he regularly approached and engaged people in the neighborhood — especially young men — when he patrolled Fruitvale. Sanchez said there were plenty of times when he walked up to young men playing football and said, “‘Hey, can I play with you?’ They were kind of shocked by it. You don’t know how important that is to these kids here. And I wasn’t doing it to impress anybody. I did it because I knew what it was like growing up in those communities.”

New recruit Alexandra Williams, who recently started the testing process at OPD headquarters in downtown Oakland, grew up in Gilroy, where she said officers were not only respected, but loved. But she has lived in Oakland for seven years now, and she said that she feels at home here. “There’s been no other place where I feel like I fit — where I felt the diversity in the community and rich history has spoken to who I am and who I want to be,” she said.

For Williams, being an Oakland cop means more than arresting drug dealers and violent criminals. She is confident in her ability to help change the relationship between residents and police. “Oakland gets a bad rap because people don’t quite understand the beauty of Oakland,” she said. “As a police officer of Oakland, it’ll be my job to bring that to light. But my hope is that when we get beat cops on the streets, we show there’s positive people who care about the community, who live in the community, I think we can really change.”

When asked how it is possible to turn long-standing negative attitudes around, especially from those who have felt abused by the police, Williams gave a succinct answer. “One person at a time,” she said. “I am one person.”