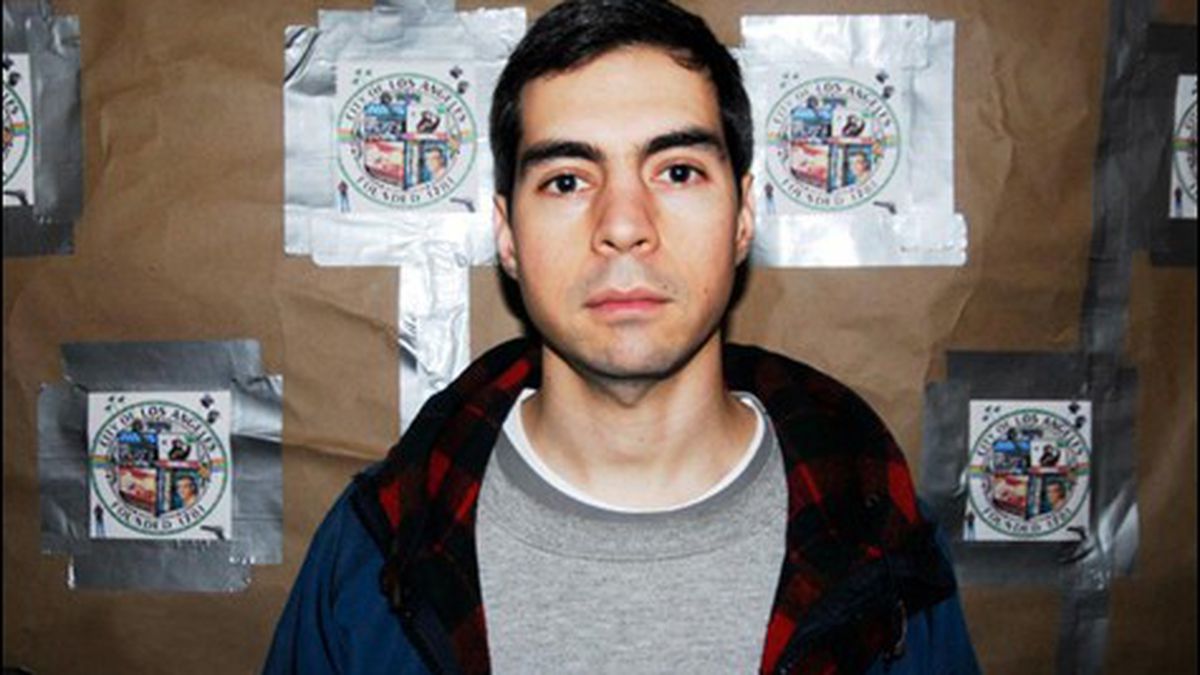 How to Party Properly on New Year’s Eve

Whether you want to dance till morning or be in bed by midnight, we've got the rundown on the best events happening this year.

If celebrating what’s new (pussycat) with none other than the Bay Area’s premiere Tom Jones cover band at none other than Alameda’s Number One tiki destination doesn’t sound like your idea of a good time, well, you don’t deserve to have one. Ticket price (which Forbidden Island helpfully reminds us is “cheaper than a flight to Vegas for a dinner show”) covers hors d’ouvres, a light buffet, no fewer than three drinks, and, of course, the vocal and piano stylings of Tom Jonesing, aka “The Tickler” R and “Tantric Tom” Steffanos X, aka the BEST POSSIBLE THING to have in your eardrums as 2012 slips away. The show runs 6 p.m. to 10 p.m., after which the bar will be open to everyone (though TJ attendees get to skip the line if they leave and come back.) — E.C.

Drink of choice: Sex on the beach, obvs.

What to wear: Your finest leisure suit.

Street Snacks and Dancing at Comal

Sometimes it seems like every restaurant in town on New Year’s Eve has the same kind of ho-hum, overpriced prix-fixe dinner menu, the same flute of champagne for midnight toasting. For something different, consider heading over to Comal, where starting at 9 p.m., the stylish Mexican eatery will clear out all its tables for a Latin-and-funk dance party that, weather permitting, should spill out onto the restaurant’s beautiful back patio. Meanwhile, chef Matt Gandin will keep a selection of special off-menu Oaxacan-style antojitos (street snacks) coming out all night: de eses (a kind of rolled taco with an herbaceous hoja santa leaf pressed into the tortilla), tlayudas (crunchy tortillas served with a variety of toppings), and other masa-based items that merrymakers will be able to eat with their hands. This isn’t a sit-down dinner by any stretch, but general manager Andrew Hoffman promises there will be plenty of food — enough to serve as dinner, if you’re so inclined. Tickets include food for the whole night; drinks will need to be purchased à la carte. — L.T.

Go if: Artisanal mezcal is more your style than Dom Perignon.

Beware of: Guacamole on the dance floor!

POPNYE is not the time or place to think about your New Year’s resolutions. Drink less? Exercise more? Find a hobby? Avoid that thinking and remember that you are a beautiful god/goddess of the night. Arguably the biggest New Year’s Eve celebration in the entire Bay Area, POPNYE will bring together some of the leading names in trance (Above & Beyond, Ferry Corsten, and Dash Berlin, all of who are playing at Winter Wonderland in Anaheim earlier that evening, weirdly enough) together in one gigantic feel-good (wink, wink) bash, replete with a ridiculous lightshow and special effects. — L.C.

What to wear: Anything gauzy, sparkly, or see-through, preferably bejeweled.

More is not always better with New Year’s Eve parties. Thankfully, organizers of the monthly party thePeople understand that. DJ and producer Rich Medina will spin hip-hop, jazz, house, and future soul, melding a down-home feeling with a sense of elevation through his spoken-word and highly conscious lyrics. Something of a worldwide phenomenon who has worked or performed with Q-Tip, The Roots, Lauryn Hill, Erykah Badu, Seun Kuti, and Gil Scott-Heron, Medina knows how to get people moving. — L.C.

Go if: You’re not into the decadence of bigger parties.

Drink of choice: Corona with lime.

Erykah Badu with The Coup

Since her debut album in 1997, Erykah Badu has set out to do one thing and do it well — simply be herself. The neo-soul singer, embraced by everyone from rappers to New Age hippies, could have capitalized on her mainstream appeal, but instead worked to innovate her sound, be it jazz, R&B, or political hip-hop inspired by her African heritage. Badu pours intense emotion into her live shows, playing hits like “On and On,” “Tyrone,” and “Honey,” plus tracks from her latest, 2010’s New Amerykah Part Two (Return of the Ankh), a surreal pop album that’s both experimental and accessible. Oakland’s The Coup will warm up the crowd with a high-energy set of booty-shaking bass lines and funky hip-hop. — W.P.

Go if: You’re craving a night surrounded by good vibes and grown-ups.

What to wear: Bohemian-chic with a side of street.

Little kids don’t need to be excluded from New Year’s festivities just because the show goes down after their bedtimes. Join the Lawrence Hall of Science for a daytime New Year’s extravaganza. Kids can watch the New Year begin in countries all over the world on the Hall’s huge Science on a Sphere globe, while also crafting their very own New Year’s noisemakers. At 2 p.m., they’ll put their noisemakers to use during the big balloon drop, featuring hundreds of colorful balloons. Toast to 2013 with sparkling apple cider and call it a year — all by early afternoon! — A.G.

Go if: Your kid is young enough to be convinced New Year’s happens while the sun is still out.

Not Your Normal New Year’s Eve

For those looking for a New Year’s Eve that’s slightly more offbeat, look no further than the fourth annual “Not Your Normal New Year’s Eve” at Herbst Theater in San Francisco. The opulent venue will host a night of “hilariously unconventional” comedians, including Emo Philipps — who Jay Leno described as “the best joke writer in America” — late-night talk show regular Brent Weinbach, and improv master Jill Bourque. The night of laughs will also feature the musical stylings of SF chamber pop band, the Foxtails Brigade, and will be capped off with the ever-pleasing massive balloon drop. — A.G.

Go if: You prefer laughs to liquor.

I once told a friend that if I was forced to live in one restaurant for the rest of my life, I would hands-down choose to live at Pizzaiolo. It’s not just because of its perfectly charred crusts and warm-yet-far-from-saccharine service; it’s also because the people who work there know a thing or two about ambience — which is why I absolutely trust them when it comes to throwing a tasteful (and tasty) New Year’s Eve party. For their first ever year-end bash, the folks at Pizzaiolo will be opening their doors at 9 p.m., when guests are invited to mingle in their cleared-out dining space and enjoy passed hors d’oeuvres (including pizza) and a complimentary cocktail. More cocktails can be purchased all night at the bar, and music from the eleven-piece Brooklyn Afro-Cuban band Zongo Junction begins promptly at ten and goes till the bitter end. Guests hankering for something more substantial food-wise are invited to enjoy the four-course prix-fixe meal at Boot and Shoe Service for a $15 discount on the Pizzaiolo party ticket. — A.G.

Go if: Your decor of choice involves terrariums.

Just because 2013 is upon us doesn’t mean we have to start busting out our metallic spandex one-pieces and best robot impersonations. The 20th century wasn’t that long ago. Fellas, slather on the Brylcreem; ladies, leave those curlers in; you can indulge your nostalgia in the vintage, dulcet R&B tones of San Francisco’s own Nick Waterhouse, who records his stuff using old-school analog equipment onto tape. He’ll be getting a little help from Quinn DeVeaux and the Blue Beat Review, Ben Stolorow Trio, and Gaucho. — L.C.

What to wear: Your best cocktail attire.

What’s nice about UK producer Star Slinger is 1) his ability to embrace pretty much any genre of music in his remixes, and 2) his elegance in doing so. He has remixed Life Without Buildings just as beautifully as he has Jessie Ware, all while abandoning the compulsion to overkill them with too many beats and too much speed. Futuropolis is a good bet if you feel like dancing and grooving on New Year’s Eve, but don’t feel like having your head bashed in. As fellow performers Polish Ambassador say of Futuropolis’ sets, the group is “not a quick fuck…it’s a passionate love-making affair.” — L.C.

What to wear: Something you’ll be able to party in till 9 a.m.

If you’re not feeling all the trance-y, dance-y stuff this New Year’s Eve, there are plenty of other alternatives that are far from a cop-out. San Francisco’s Terry Malts wears its influences on its sleeves — everyone from The Replacements to The Ramones to The Beatles to Joy Division, not that you’ve ever heard all those sounds come together in quite this way. Beneath the distorted guitars and fast punk drumming, its songs are lovely pop numbers in the best tradition of Slumberland’s indie pop-rock. See the band perform with Toys That Kill and Pins of Light. — L.C.

Go if: You once wept while listening to Let It Be or Closer.

What to wear: Don’t think too much about it.

The best New Year’s Eve dance party actually starts at 6 a.m. on New Year’s Day, and is aptly named Breakfast of Champions. Begin and end the night at Mighty, first at 1984, the long-running Eighties/New Wave party that used to be at Cat Club. 1984’s free festivities run until 2 a.m. and include a champagne toast. In between parties, fuel up at one of the city’s late-night diners like Grubstake or even the nearby DNA Pizza, next to DNA Lounge, then go back to Mighty and grab some headphones for the outdoor silent disco that starts at 6 a.m. Silent Frisco’s silent disco — “silent” because participants wear wireless headphones and dance to DJ sets especially mixed for the experience — has become a popular component of music festivals such as Treasure Island and Bonnaroo. Inside, starting at 6 a.m., there’ll be funky, deep house courtesy of DJs from Burning Man theme camps, including DISTRIKT, Pink Mammoth, and Space Cowboys. An outdoor stage starts bumping at 9 a.m., and four food trucks will be on-site to nourish the crowd to keep going until 5 p.m. — W.P.

Go if: You want to dance all night and the next day.

Promotors Sunset Music and Honey Soundsystem have made a name in the local electronic music scene by throwing parties that draw international talent, in particular DJs from Berlin, the techno capital of Europe. Honey Soundsystem will often book small West Coast club tours for the artists who fly in for its weekly Sunday night party at Holy Cow, where DJs spin obscure, vintage vinyl into minimal house masterpieces for sweaty men on the prowl. While Sunset Music may bring out the straight contingent, don’t be surprised if half-naked boys start making out on the dance floor come midnight. New York City-based producer/DJ wunderkind MANIK headlines along with duo Still Going, which is signed to James Murphy’s DFA Records. — W.P.

What to wear: A vintage cardigan over booty shorts.

Is the Only Way to Make Housing Affordable By De-Commodifying It?