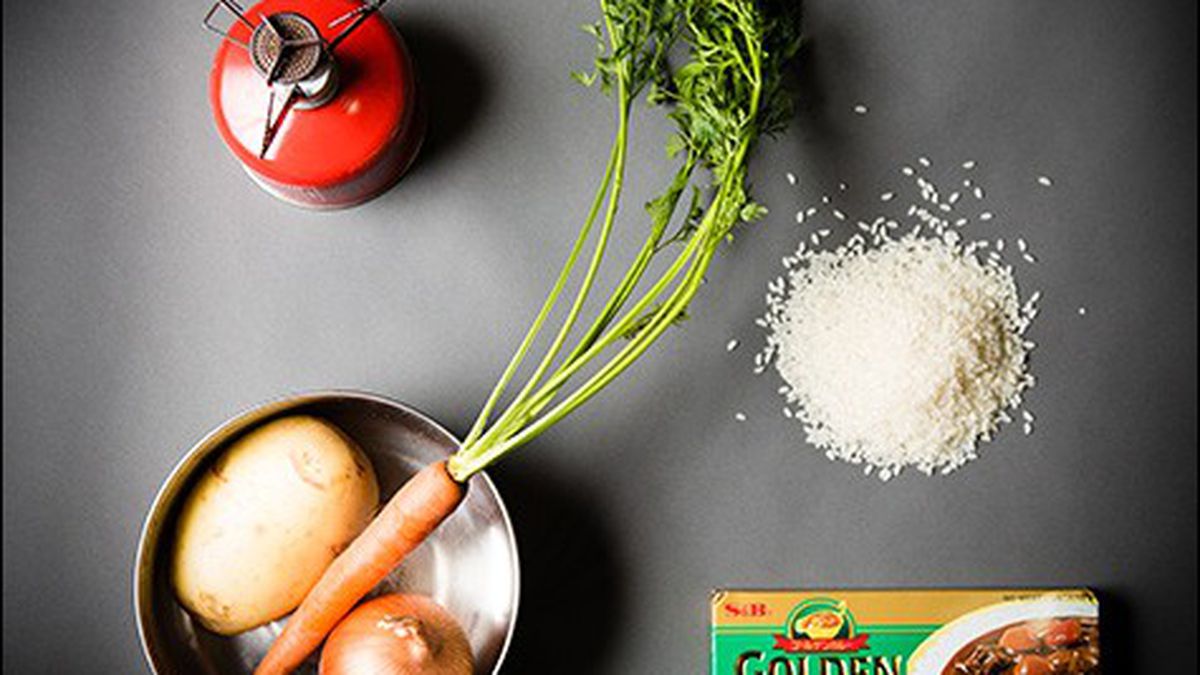 How to Eat Well While Backpacking

Three meal ideas for the backcountry.

There’s no better way to experience the outdoors — to feel truly surrounded by nature — than to go on an overnight backpacking trip. But just because you’re miles from civilization doesn’t mean you have to sacrifice eating well. According to the National Outdoor Leadership School, a nonprofit outdoor education school, backpackers burn anywhere from 2,500 to 4,500 calories per day — the equivalent of about 1.5 to 2.5 pounds of food — depending on their individual physiology and how strenuously they’re exercising. So while eating is important for refueling, that doesn’t mean you have to sacrifice flavor. With a little bit of planning, you can have a delicious meal on the trail.

When thinking about what kind of meal you want to prepare, a good rule of thumb is that if you didn’t want to eat it before you went backpacking, you’re not going to enjoy it in the backcountry. In fact, you’ll probably spend most of your time on the trail thinking about food — what you’re going to eat for lunch, what you have planned for dinner, and, most of all, what you’ll eat when you finally get home. That said, the good news is, without fail, everything tastes better when you’re in the outdoors. So if you take the time to put a little more effort into your meals, you’ll be heartily rewarded.

You may be wondering, why not just buy prepackaged dehydrated meals? For one, they’re not cheap — usually between $7 and $10 per meal. To Brandon Jensen, who works at Any Mountain in Berkeley and regularly ventures out to the Sierras for weekend trips, spending that much per meal doesn’t make sense. (He’ll only do so if he’s going on a trip that he knows will be so exhausting that all he’ll be capable of doing after setting up camp is boiling water.) Jensen said he actually takes pleasure in cooking while on the trail. After all, there’s not much else to do.

His favorite meal to prepare is breakfast. First, he rehydrates shredded potatoes. Then he cooks eggs, which he carries in an egg-specific outdoor container and keeps fresh by storing in a running stream overnight. Butter won’t go rancid, he said, but it may melt, which is why you should leave it behind if the weather is going to be warm. (He said the weather during a trip last Memorial Day weekend was cool enough that he was able to bring bacon and tri-trip, which he kept frozen by storing in icy river water overnight.) To top it off, Jensen prepares corned beef hash using canned meat from New Zealand, which can be found in Asian specialty markets. “It’s much better than you might imagine,” he said. Hot sauce is another crucial component to the meal. (Taco Bell packets will do, he said, but he prefers Tapatío.) Sometimes he brings hard cheese with him, and will add that to the eggs as well.

Lindsay Goodwin, an REI employee and self-described “trail chef” who’s in the process of creating her own website devoted to backcountry recipes, enjoys preparing tuna hand-rolls on the trail. Packets of nori weigh next to nothing, she noted. Before heading out on the trail, she mixes two tablespoons of sugar with two tablespoons of rice vinegar (per two cups of rice) to make sushi rice. The tricky part is cooking the rice. “If you’re doing anything more than boiling water, you need to think about cookware,” she said. Titanium is ultra-light, but nearly impossible to cook with, as it transfers heat extremely well. Goodwin recommends stainless steel. She mixes Sriracha packets with mayo packets for flavor, and opts for packets of tuna over the canned kind because she said the packaged fish has better texture. Finally, she adds veggies, such as avocado.

My favorite backpacking meal is one I had on a beach in Olympic National Park in Washington. My partner, who’s a professional cook, made curry by boiling a potato, a carrot, and an onion and, once the vegetables were cooked, adding a packet of Japanese S&B Golden Curry, which is available at most Asian specialty markets. It comes in solid form and is packed with flavor. We ate it with cooked short-grain rice and bread we’d bought earlier that day. It was a great (and delicious) way to pack in three different forms of carbohydrates. You could easily add a packet or can of chicken for some extra protein.

While planning meals can easily take a backseat to all of the other preparations that backpacking requires, a little creative effort can go a long way. If you take the time to pack flavor-enhancers like hot sauce and dried spices, when you’re out on the trail, you’ll be glad you did.