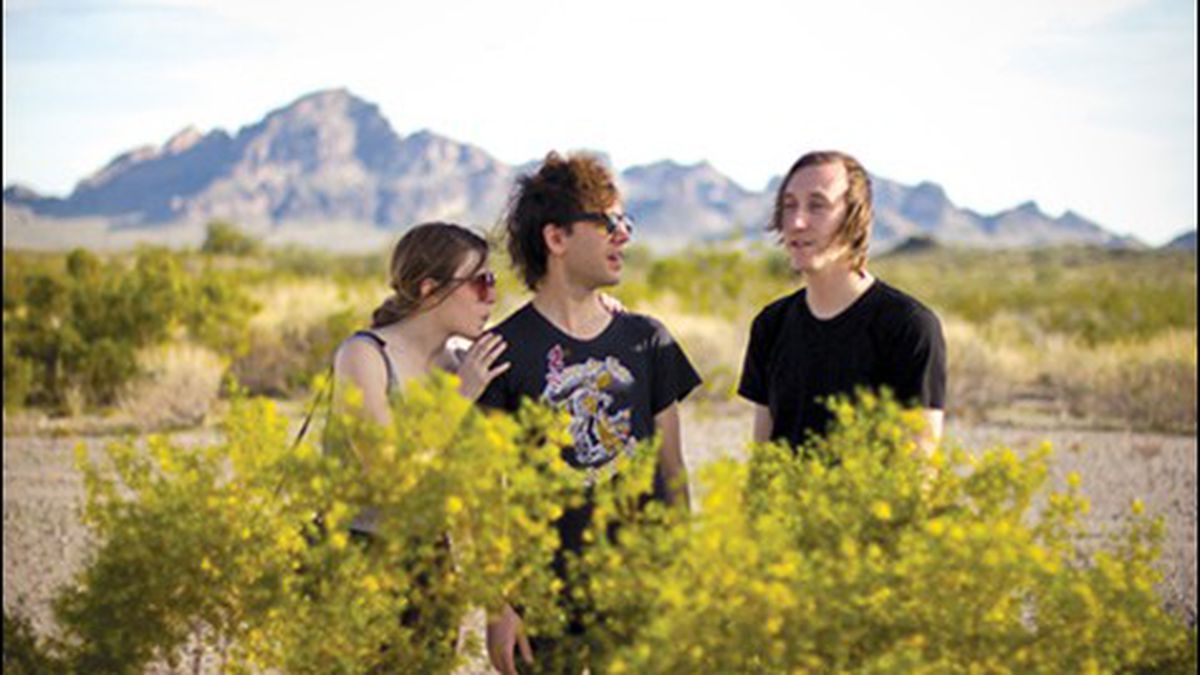 How Burnt Ones Keep Burning

First, as a point of clarification: Despite their position as one of the Bay Area’s most promising garage-rock acts, Burnt Ones does not, actually, operate out of a garage. Instead, the band — guitarist and vocalist Mark Tester, bassist Brian Allen, and drummer Amy Crouch — rent a real space, a green-walled second-story studio in SOMA that they share with another group because neither can afford it on their own. It’s cluttered with instruments, empty water bottles, and a half-full fifth of Maker’s Mark.

It’s fitting: There’s an intentionality to Burnt Ones and their sound that transcends the garage-rock label. “Originally, we just wanted to write the easiest, dumbest music possible,” Tester offered as an explanation of the group’s musical evolution. “And … well, it’s still pretty dumb, actually. But it’s a smarter dumb.” Take their recording process, for example: Tester does most of the writing, but after that, each song splits into two distinct versions — one that’s meant to be recorded for their albums and EPs, and one that’s intended to be performed live. They’re more like fraternal than identical twins, Tester explained: Because he doesn’t have to worry about it reproducing onstage, the recorded version is “more fully formed,” more laden with effects and reverb, more experimental. The live version, on the other hand, is stripped-down, less sonically dense, and designed to be played by three musicians with minimal technological assistance. “We don’t want [the live version] to sound like the record,” Tester explained. “It’s more fun for us to have it a different way.”

Valid. But this approach also represents a kind of wisdom that’s deeper and bigger than Burnt Ones will ever likely give themselves credit for — a preternatural understanding of the limitations of a live three-piece, as well as a profound fidelity to their sound. There’s an undeniable left-brainedness to Tester’s approach to music, but there’s also a remarkable velocity to their songs, a propulsiveness that feels much more organic than something as thought-out should. On last year’s Black Teeth, Golden Tongues, they drew largely on what Tester describes as a “girl group-y, Wall-of-Sound thing” — reverb-heavy, glam-rock-inspired garage rock that makes ample use of toms, snares, and combo amps. It works brilliantly, probably because the band spends a lot of time — perhaps more than they’d like to admit — finessing their sound.

“It’s not, like, a playbook. I don’t feel like it’s a scientific thing,” Tester said, studiously avoiding a driblet of bird shit as he leaned back on a vinyl bench someone had dragged out onto the sidewalk outside the studio. “But we definitely overanalyze. We don’t just do whatever. It’s just about thinking about our songs and trying to make them sound as cool as possible. We’re just really into the sonics of music.”

For Tester, such musical diligence goes back decades. As a kid in suburban Indiana, he learned how to play music by systematically teaching himself every single Nirvana song on the guitar. In high school and college, at Ball State University, he honed his chops by playing “in terrible bands that gave way to slightly-less-terrible bands.” A couple years ago, he decided to start a group of his own, and recruited Crouch — who’d never played the drums before but was apparently a quick learner — plus Allen, who’d grown up playing in local punk groups. After that, it all came together pretty quickly: Burnt Ones officially got together in September of 2009, had their first show on Halloween of that year, and their tenth at South by Southwest.

Almost exactly a year ago, they moved out here — Crouch and Tester, a couple, first, followed shortly thereafter by Allen. They claim their reasons were superficial: “It was the weather, mostly,” said Crouch, matter-of-factly. “Yeah, I could do without ever seeing snow again,” added Tester. Also: burritos.

But that’s only part of the story, of course. Moving out to San Francisco was strategic, whether conscious or not, and it opened Burnt Ones up to many more opportunities. Though they insist the scene in Indianapolis is considerably livelier than coastal snobbery might presume, it’s ultimately pretty insulated: “There are some bands in Indianapolis that have been playing for years and years and never leave the city,” Crouch said. And — Midwestern benevolence aside — Indianapolis’ scene is cut with an undercurrent of animus, Crouch added. “It feels competitive, not collaborative.”

Moving out here, Tester said, “we really weren’t sure what to expect. If anything, we sort of expected to have to prove ourselves.” But, Allen interjected, “It’s been great.” Almost immediately, Burnt Ones found themselves in the thick of a group of local musicians —including Thee Oh Sees, Bare Wires, Nectarine Pie, Dirty Cupcakes, and Apache — that all seem to know each and, together, compose a garage-rock renaissance that’s picking up steam and grabbing national attention. “I think the best bands in the country are here right now,” Tester said. “And everyone’s been really nice and very welcoming.”

“And they all work really fucking hard,” Allen added. “It just doesn’t seem like it.”