East Bay for Everyone 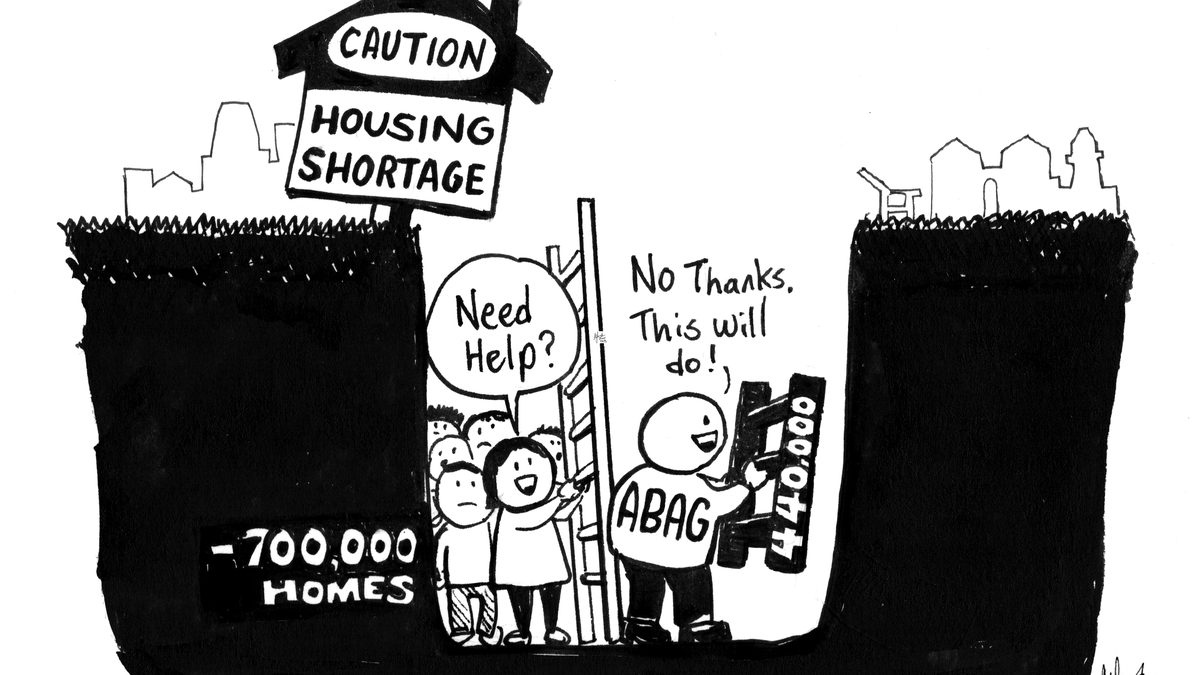 The Bay Area’s housing crisis is decades in the making. For too long, the 101 cities and nine counties that make up our region have failed to plan for, approve, and build the homes we need to accompany the growth from our families, businesses, and migration. Decades of failing to plan for future generations have left our region with crushing housing costs, overcrowded dwellings in the COVID-19 pandemic, and devastating displacement of communities.

While we remain hopeful that the California legislature will reform zoning to allow for more homes near mass transit and in affluent suburbs, our leaders are currently failing us at the regional level.

By law, the state housing department determines each region’s upcoming housing needs every eight years. State law also requires the Bay Area’s regional government, the Metropolitan Transportation Commission (MTC)/Association of Bay Area Governments (ABAG), to develop a long-range transportation and land use plan for the region called Plan Bay Area. In theory, the two planning processes should be linked — each regional housing needs cycle should match the population and jobs planned for in Plan Bay Area.

Unfortunately ABAG staff lobbied, without public input, to use critically flawed data to significantly lower the amount of housing the Bay Area is required to build. ABAG staff even admitted that this data assumes a “status quo, where the Bay Area gets more expensive every year.” By using the Department of Finance’s population data instead of that of Plan Bay Area, ABAG has calculated housing need that assumes housing costs will continue to rise and that displacement of lower-income households will continue – literally planning for failure. The result: a mere 440,000 homes for the Bay Area, when more than 700,000 are necessary to address the regional housing shortage and rising rents.

Over 60 housing advocates from around the Bay Area, including members of East Bay for Everyone, implored the ABAG Executive Board at their June 17, 2020 meeting to appeal this allocation to the state housing department. Despite hearing pleas from advocates ranging from formerly unhoused people, to health care professionals, to ordinary parents hoping that their children will be able to stay in the Bay Area, ABAG Executive Board chairperson Mayor Jesse Arreguin of Berkeley quickly shelved a potential appeal with no discussion, waiting less than 10 seconds before moving to adjourn the meeting.

This is unacceptable. Our region cannot continue on the path of unaffordability that it started in the 1970s. We must break the vicious cycle of underbuilding, rising rents, and displacement. First, ABAG must hold a hearing on who selected the flawed Department of Finance data over Plan Bay Area’s, how, and why. The lack of transparency so far has seriously undermined the housing allocation process by leaving directly affected residents in the dark. Second, the ABAG Executive Board must vote to appeal the regional housing needs allocation for a higher number.

Instead of failure, the Bay Area must plan for a better future — one where every resident can find an affordable home.

With an equitable overall number, there will still be a great deal of work to be done to ensure this planning process is equitable. ABAG will determine a methodology to convert the 9-county total to city-by-city allocations, and this methodology must not push development to new exurban sprawl, or leave off the hook the wealthy suburbs whose economic model is based on white flight and exclusion, such as those in the South Bay and east of the hills. But if the ABAG Executive Board and its chair Jesse Arreguin do not fight for a better starting number, it will make the entire endeavor more like the polite fiction it has been in past years.

The authors are members of East Bay for Everyone, a pro-housing membership organization.