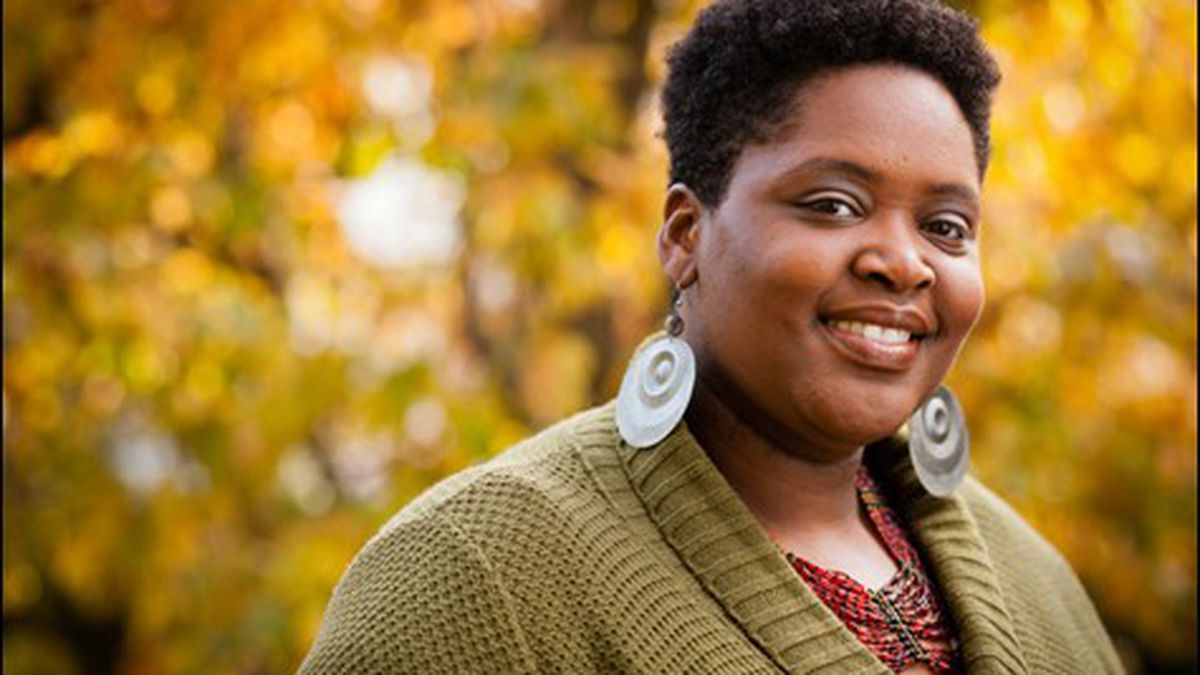 The term “choir” doesn’t sit well with Valerie Troutt, even though it seems apropos for her new nine-member vocal ensemble, Moon Candy. Formed two years ago, the group specializes in house music — meaning, yes, that throbbing, hooky, disco-driven style of electronic music often associated with glowsticks and love parades and four-on-the-floor beats. Troutt has rendered it into a form that, in many ways, seems closer to gospel.

But she demurs. “When people see a bunch of black singers together, they think ‘Oh, it’s a choir,'” she said while sitting in her East Oakland living room, half the band gathered around her. They nodded their heads in agreement. To her left sat Shamont Hussey and Solas B. Lalgee, plus Raul Perales, who plays electric bass in the backup band. (Unlike other house music acts, Moon Candy uses all live instrumentation.) To her right sat tenor singer Jovan Watkins. Most of them were brought up in choirs — Watkins leads his own gospel group; Hussey and Lalgee both sang in Oakland Youth Chorus as kids — but they insist that they’re trying to do something a little less staid and regimented with Moon Candy.

To demonstrate, Troutt pulled out her phone and cued up a track: “Heartstrings.” The phone made a tick-tock sound, hollow as a grandfather clock in an empty drawing room. A single piano note — a B flat — thrummed in the background. Troutt waited for two bars, then started singing: I saw you/Walkin’ in the summery rain/Smiiiiilin’/Laughing at a lingering joke’s refrain. Her fellow singers joined in on the chorus, singing in three-part harmony: You were pullin’ on my heartstrings, weren’t you/Pullin’ on my heartstrings, weren’t you? Repetition of the same lyric over and over again made it sound like a looped sample — the kind you might hear burning through the speakers of a Chicago discotheque.

It did, indeed, sound like house music, albeit in barbershop-quartet form. About a minute into the song, the drum pattern shifted to more of an up-tempo dance beat. The singers nodded, swayed, and snapped their fingers, but kept their loop going. Eventually the drums bled out, leaving the singers to do their last chorus a cappella.

To Troutt, it’s a traditional, spiritual medium that employs a lot of contemporary signifiers (like the vocal loops and the programmed drums). But no element is superficial. Even a lyric as simple as You were pullin’ on my heartstrings, weren’t you? has a deeper, more resonant meaning once it becomes an incantation. “Because that’s a question you sometimes have to ask people over and over again,” Troutt explained. “You were pulling on my heart strings, weren’t you?” She phrases the lyric more as an accusation than a question, and punctuates it with a withering look.

Raised on gospel, soul, and R&B music, Troutt nonetheless feels a deep, almost atavistic connection to the house scene. She started listening to electronic dance music on commercial hip-hop stations in middle school, and eventually got into bands like Incognito, a British acid jazz group that, she says, has a lot in common with the funk and disco acts from which house music generated. She can trace the whole lineage pretty easily on YouTube.

“Let me show you something,” Troutt said, her eyes trained on the screen of a desktop computer in what could be called her home studio (essentially a small storage room adjacent to the kitchen). She pulled up a Walter Hawkins track — “Be Grateful” — from her iTunes library. “This is like house music a hundred percent, but it’s arranged. It goes through this intro, and everything.” She clicked to a YouTube video of the Hawkins family performing the same tune live: the men in suits, the women in matching pink satin, a Hammond rippling in the background. “What do you hear?” Troutt asked. “Electric funk bass, B3 organ. So I always had that sound in my ear. Then I got introduced to cats like this — ” she pulled up another video from St. Louis producer Osunlade, whose music combines electronic beats with R&B chord patterns and a distinctive spiritual cast. Osunlade is a Yoruba priest, and his adherence to African mysticism informs his artistic pursuits. Troutt finds that element appealing, especially since it reminds her of gospel. “He’s doing things on kind of a more spiritual African deity kinda level,” she explained.

Many clubgoers would argue that you can find spiritual sustenance in the local house scene, too. Regular dance parties like “The People,” “Evolve,” and the now-defunct “Brothers and Sisters” have helped popularize a particularly soulful brand of electronic dance music in Oakland. Diverse crowds, trance-like beats, and an overall euphoric atmosphere give these parties the aspect of a church revival, even if the music itself is secular. It’s no surprise, then, that many DJs use a kind of sermonic language to describe their art. To DJ Dedan, the spiritual connections seem obvious. “From dance, you get into a trance, right?” he asked. “That’s where you get into spirituality.” Troutt, who grew up in church and still feels strongly connected to her religious roots (given that her mother is a pastor), agrees that house music provides a similarly transcendent experience.

By training, Troutt is mostly a jazz vocalist. She studied at the New School for Jazz and Contemporary Music, spent some time gigging in New York, and did a residency at Red Poppy Art House a couple years after returning to the Bay Area. She writes tunes in odd meters and often uses abstract harmonies, while keeping the melodies as lyrical and accessible as possible. She did a stint performing in the Cultural Heritage Choir with Linda Tillery, and launched Moon Candy shortly thereafter, with the idea of recapturing the “congregational” format. She debuted the band at her 32nd birthday party before presenting it at Oakland Pride and San Francisco’s Dance Mission Theater.

The original iteration had six members, including Hussey, Crystal Monee Hall, Kimiko Joy, Rashad Pridgen, and Troutt’s cousin Erica Brown (who goes by the stage name Paulynn). The name Moon Candy came from a friend. In Troutt’s words, “Moon Candy gets you high. But you don’t have to snort it, or worry about getting a toothache.”

Currently, the group has nine vocalists: Joy and Tiffany Martin on soprano; Hall, Troutt, Brown, and Siaira Shawn on alto; and Lalgee, Hussey, and Watkins on tenor and bass parts — plus a five-member backing band. With everyone together, the songs sound dense and richly textured, the harmonies more full, the lyrics more insistent. Drummer Ruth Price pounds a throbbing four-on-the-floor backbeat, while Perales provides funky, rubber-band basslines. Troutt lets her singers improvise within the form — not to the extent of a jazz solo, but enough to give them a sense of freedom. That’s what makes it spiritual, after all.