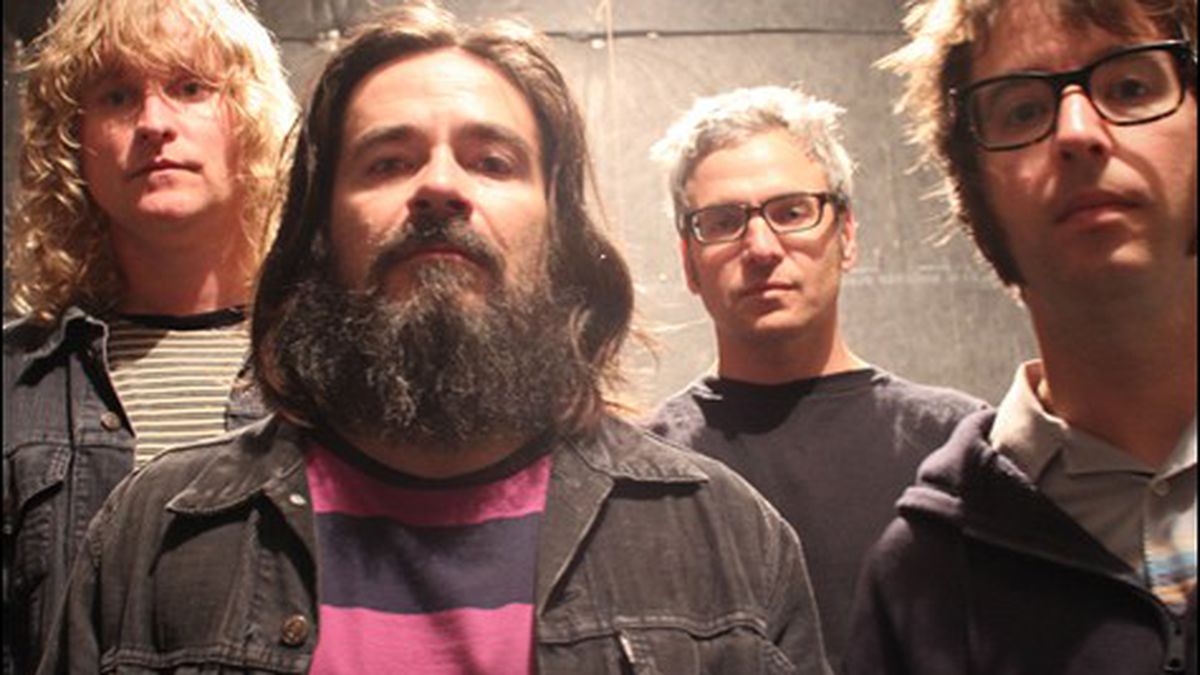 Maybe you were alive during proto-metal’s brief heyday — let’s be charitable and call it ’67 (Cream’s Disraeli Gears) though ’73 (by which point Zeppelin and Sabbath had already moved the needle off “PROTO” and fully into “METAL”) — but most likely you were conceived and birthed long after it was dead and gone. Perhaps you discovered Sir Lord Baltimore’s Kingdom Come or Captain Beyond’s self-titled debut decades after their original releases, and hearing that glorious, furious pre-punk bombast for the first time was like being touched by the hand of God. You wanted the world to know what you knew, so you bought period-correct gear and threads and set out to spread the gospel.

But you are not alone. Many have come before you, and most of them failed, too. Like them, you had not internalized your influences; you were merely paying homage. Like them, you valued authenticity over inspiration. You forgot about the party.

Luckily, San Francisco’s Hot Lunch is all about the party. Its hyper-driven take on heavy/psych/thud rock is the perfect soundtrack for California living: driving fast, loving loose, skating hard. The band sat down to talk about its self-titled, full-length debut, out this week, a legit effort that clearly nods to the past, but never sounds derivative.

“We just trust our instincts,” said singer Eric Shea. “If you try and recreate too much of the past, it’s never gonna happen. You’ve got to be honest with where you want the song to go, as opposed to where Groundhogs or Deep Purple would want the song to go.”

Drummer Rob Alper added, “We honestly just play what we love.” Guitarist Aaron Nudelman summed up the band’s approach with “We just wanna be loud.” Shea chimed back in: “And have fun.”

Having fun has been Hot Lunch’s mission statement since it formed in late 2006. Bassist Charlie Karr said that the band members “decided pretty much right at the beginning that we were gonna do it the way we wanted to do it, have fun with it, and let it take us where it was gonna take us.”

That helps explain why, in its six-plus years as a band, Hot Lunch has released just two singles, and is only now getting around to putting out a full-length. These guys are lifers: Shea did time in perennial next-big-thing Mover into the early Aughts, and Alper, Nudelman, and Karr all have long musical histories as well. None of them has illusions of “making it.” Shea said that mindset is prevalent among Bay Area bands and less prevalent, well — elsewhere.

That doesn’t mean Hot Lunch takes its craft any less seriously. “Some of our songs took several months of rehearsal to get down,” said Alper. Nudelman explained further: “It’s not necessarily because they were so intricate and complicated. That’s just the way we work. It doesn’t necessarily have to be done in two practices.”

If the new record is any indication, the recipe is a raging success. It opens with the full-throttle, full-tilt boogie of “Killer Smile,” then engine-brakes into the foreboding early-Sabbath vibe of “Knife Edge.” “Handy Denny” recalls Blue Cheer’s best moments by way of Detroit and Ann Arbor, while tracks like “Lady of the Lake” are reminiscent of High Tide’s folk-damaged psych-prog, with Nudelman’s fuzzed-out wah-wah pedal guitar approximating Simon House’s seasick violin. The album closes with “Monks on the Moon,” a muscular, multi-movement opus that clocks in at just over eight minutes. “Monks” amalgamates all the aforementioned influences into a single song, adds some Hawkwind-style space exploration, yet still feels cohesive and propulsive.

The album has been out in Europe since January, but comes out domestically on Tee Pee Records on March 12. The band didn’t need a label, per se; the record was already in the can, financed entirely by playing shows, before Hot Lunch started talking to labels. But even in this strange new digital era, a label can help raise a band’s profile. Tee Pee was the only US label the band approached, and a quick look at the roster explains why: Bands like Earthless, Assemble Head in Sunburst Sound, and the Shrine are all tight bros, personally and sonically.

“We didn’t want to come off as weird,” Karr said, “but we were like, ‘Why aren’t we on that label?’ It just makes sense.” A quick phone call between Shea and Tee Pee boss (and Witch bassist) Dave Sweetapple was all it took. According to Shea, Sweetapple said: “‘I feel like I’ve met you before, or I’ve known you for a long time. Let’s do this, man! I like what you guys do!’ It just happened really fast.”

Oakland Council: Not So Fast on Tagami