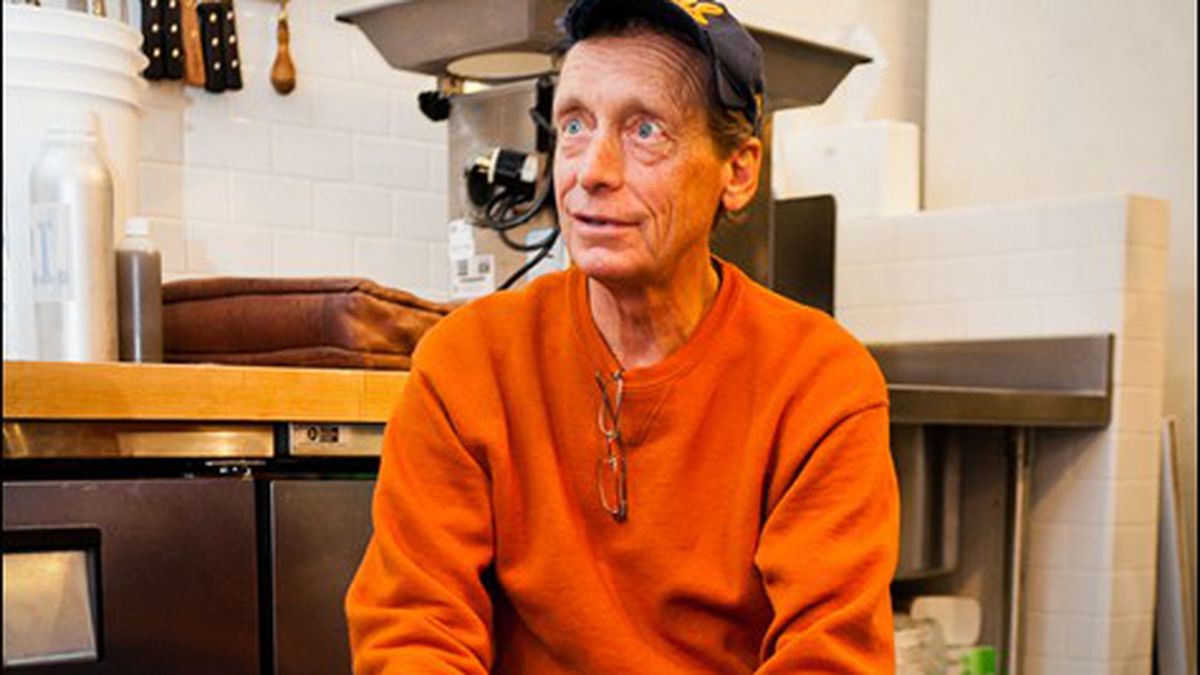 Take your do-it-yourself skills to the next level.

On a cold, windy Sunday evening, while most people were watching the Oscars, a motley crew of East Bay residents huddled together under The Local Butcher Shop’s bright lights for a different kind of diversion. Disinterested in ogling the stars, this group of aspiring artisans watched an old craftsman in a battered Cal hat stir a bucket of beef tallow with a paint mixer. David Critchfield, owner of Mission Peak Soap in Fremont, was giving a well-attended workshop on converting rendered beef fat into soap, part of The Local Butcher Shop’s recurring series of meaty courses.

If you see nothing ludicrous about the idea of attending a $50 beef tallow class on Oscar night, then you aren’t alone. The urban homesteading movement has been burgeoning in the East Bay for years, with workshops on pickling, home-brewing, and jam-making offered regularly at multiple locations. But these are just the basics. It’s like Anya Fernald of the Eat Real Festival recently quipped: “Making jam is kind of a low-hanging fruit.” Luckily, for those who think canning their own peaches seems passé, there’s a growing number of next-level classes. Here’s a roundup of some of the East Bay’s newer, quirkier, food-related DIY offerings.

Don’t know about the ancient Aztec/Mayan fermented corn “spirit drink” chicha? Then you best get hip at a workshop offered by Phat Beets Produce. The class (the second in a two-part series) is part of the Oakland food-justice collective’s eclectic Food N’ Justice series (other topics range from making your own toothpaste to knowing your rights when stopped by the cops), offered weekly at the North Oakland farmers’ market. In the first workshop of the series, Costa Rica native Francisco Jimenez showed how to make vinegar from banana, plantain, or pineapple, then use it to ferment your chicha. In the upcoming second workshop (it’s not necessary to have attended the first one) Jimenez will demonstrate how to harvest your chicha, and how to use it as a food, a condiment, and a healing agent.

Make Your Own Sausage

The Local Butcher Shop is betting against the old saw that no one wants to see how sausage is made. It may not be pretty, but the results are certain to be delicious. Local Butcher uses only the finest in sustainable meats, and its instructors — some with fine-dining pedigrees — are masters of the craft. You’ll get schooled on lamb and pork, grinding, mixing, recipes, proportions, and (gulp) casings. Oh, and you might want to clear out some freezer space: Every participant takes home five pounds of sausage.

We’re going to assume that you already have a bumper crop of fresh honey from your backyard apiary, so why not harness its power for some home booze-making? Turns out that mead, the wine made from honey (or blood, if you believe Norse mythology) and flavored with fruit and other spices isn’t too hard to brew up on your own. K. Ruby Blume, author of the definitive tome Urban Homesteading, will show you all her best tips and tricks for brewing mead chemical-free. During the two-and-a-half hour Institute of Urban Homesteading (IUH) class, one batch will be started and several will be tasted. Mead: It’s not just for Norse gods and cloistered monks anymore.

At this point, most East Bay DIY pros can probably play a flute and make their backyard bees swarm in formation. For them, BioFuel Oasis is offering next-level apiary workshops. One class is on the nitty-gritty of preventing nasty-sounding varroa mites from infesting your hive without using pesticides. Another class teaches you how to use the honey, wax, and propolis from your hive to make medicinal syrups and salves. And, of course, BioFuel Oasis also offers basic beekeeping classes for the rookie.

We’ll call it now: Growing your own mushrooms is the next jam-making. Two industrious UC Berkeley students started Back to the Roots in 2009, producing kits for growing mushrooms in used coffee grounds. Since then, it seems like you can’t swing a chanterelle in the East Bay without hitting a DIY mushroom-growing class. Both Phat Beets and Biofuel Oasis are offering upcoming workshops in partnership with Back to the Roots, and the Institute of Urban Homesteading has a home mushrooming class in West Oakland, taught by self-styled “Mushroom Maestros” Patty and Ray Lanier.

Milk Your Own Nuts

Milk and cheese made from nuts are the bread and (vegan) butter of restaurants like Café Gratitude and Encuentro, and no small part of what makes these places accessible to the omnivore set. At an Institute of Urban Homesteading class taught by Heather Haxo Phillips — the woman behind Raw Foods Bay Area — you, too, can learn to milk the cagey cashew and the majestic macadamia. After some kitchen basics, you’ll find out how to make almond milk, cashew cream, pinenut parmesan, almond ricotta, and pumpkin seed cheddar. And never fear: Phillips’ class eschews artificial preservatives and other ingredients that are often added for shelf stability and aesthetics.

Get Your Fermentation On

Remember when fermenting used to be punk rock? The Institute of Urban Homesteading is offering a workshop that focuses on lacto-fermentation (the lactic acid-based process used in yogurt- and sauerkraut-making) and other, less-fashionable means of fermenting. The class will review the historical context of different fermentation methods; a lacto-fermented soda and veggie medley will be prepared; and everyone will take home some goodies.