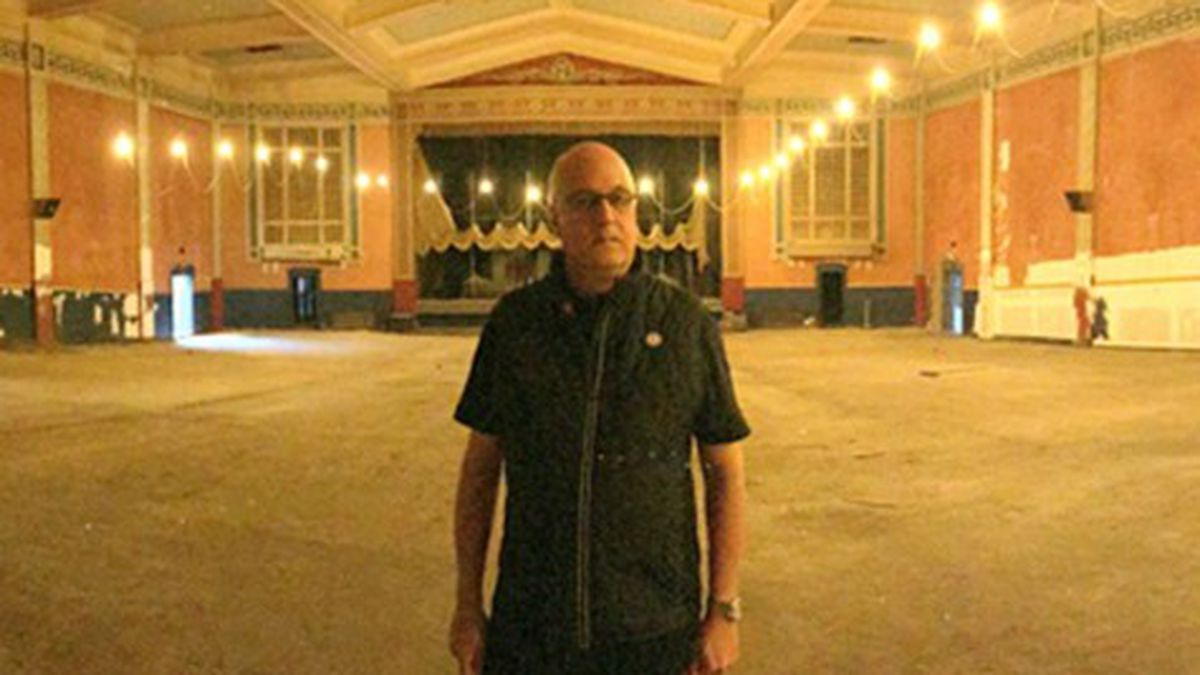 Historic UC Theatre Envisioned as a ‘Fillmore’ of the East Bay

Berkeley officials and arts enthusiasts say that the UC Theatre will be a job creator, district stimulant, and flagship city venue.

At the UC Theatre’s ground-breaking last Wednesday morning, Michael Caplan, Berkeley’s economic development manager, described the historic space’s new life with nearly messianic fervor. “This marquee,” he said, pointing to the sign at 2036 University Avenue, “is our gateway.” Also, “It is a beacon for our downtown arts district. … It’s the oldest extant cultural venue downtown.”

Matthew “Smitty” Smith — talent buyer for the local nightlife enterprise Parish Entertainment Group, whose properties include The New Parish, Brick & Mortar Music Hall, and Leo’s Music Club — is on board as Operations Manager at the UC Theatre. In hosting touring bands at both Brick & Mortar in San Francisco and Leo’s in Oakland, Smitty said he’s realized that there are different audiences on either side of the bay. With the 1,400-person capacity UC Theatre, he hopes to likewise show higher-profile touring bands — who’d normally only stop at, say, The Fillmore — that a separate crowd exists in the East Bay. As he argued, radius clauses, which typically prohibit transbay tour stops, are being rendered obsolete by shifting regional demographics.

With flowing curly hair, Smith looked like the token ruffian among the older Berkeley officials. Donning a hardhat, he led a few inquisitive spectators into the construction zone. Inside, tractor-mounted jackhammers were dwarfed by the width and breadth of the space. They were also very loud. Shouting, Smitty described a three-tier floor plan and a fancy Constellation sound system from supportive locals John and Helen Meyer. He emphasized restoration of the historic building. Pummeling the sloped floor, the construction crew looked like it was attempting to excavate garbage left by builders in 1917.

Photos of the space from that year, when it was first erected, depict a charming brick facade with a modest marquee. On a dusty street, it looked regal. The UC Theatre’s name and most of its historic arcana come later, though, in the 1970s, when it became an early piece of the then-fledgling Landmark Theaters chain, focused on classic, foreign, and independent films.

In 1979, for example, the theater hosted the premiere of Errol Morris’ Gates of Heaven, at which Morris’ friend and fellow documentarian Werner Herzog made good on a vow to eat his shoe if Morris ever made the movie. Les Blank documented it in the film Werner Herzog Eats His Shoe. “I didn’t mean to eat this shoe in public,” Herzog said on stage, eyeing a metal pot containing his boiled leather kicks. “I intended to eat it in a restaurant.” But, he continued, “It should be an encouragement to all of you who want to make films.”

A big part of the new theater’s mission is encouraging people to learn skills for the music industry. The Berkeley Music Group — a nonprofit founded by a 34-year employee and former officer at Bill Graham Presents, David Mayeri — was created to run UC Theatre, with Robyn Bykofsky, from the Berkeley Repertory Theatre, presiding over the organization’s educational component. As Smith also emphasized, the theater will provide paid internships for youth ages 17-25 in technical and creative roles that they can parlay into music industry jobs.

The project is expected to cost more than $5 million. Bridge loans enabled the start, and BMG hopes to raise another couple of million as it proceeds. It’s ambitious, but Mayeri emphasized BMG’s use of smart, cost-effective engineering, and the wide range of supporters at the UC Theatre’s groundbreaking ceremony bode well for its completion.

The Downtown Berkeley Association’s John Caner spoke at the event, along with Polly Armstrong from the city’s Chamber of Commerce. Everyone described UC Theatre as a job creator, district stimulant, and flagship city fixture. As speakers noted, Downtown Berkeley BART, the new Berkeley Art Museum, and complementary venues such as Freight & Salvage are all nearby. Someone alluded to the glum block of service shops across the street incidentally getting spruced up.

Beneath the beacon-like gateway to a brave new Berkeley arts district, the speeches wound down a bit. The various city employees, arts supporters, and architects of the building and its stewardship organization gathered around a ritual planter and thrust golden shovels into the dirt.