.Governor May Sign Bill That Would Make It Tougher to Fire Dishonest Cops

There’s a common saying within law enforcement agencies: “If you lie, you die.” That means that most police officers convicted of lying are fired, and the ones that aren’t often become a burden for district attorneys, because whenever they testify in court prosecutors are obligated to disclose their past dishonesty. However, Governor Jerry Brown is currently reviewing a bill that would make it much harder for police departments to discipline police officers who are known to be untrustworthy.

As the Express reported this week, the 1963 US Supreme Court decision Brady v. Maryland requires prosecutors to hand over any evidence that casts doubt on a defendant’s guilt, including information that challenges the trustworthiness of a testifying witness or police officer. To avoid being blindsided by an unreliable witness, some DA’s keep something called a “Brady list,” which tracks all the cops who are known to be untrustworthy. 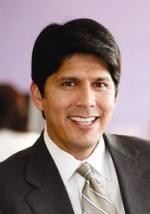 The bill was sponsored by Los Angeles Democratic Senator Kevin De León, who received $2.6 million in campaign contributions from police and firefighters unions between 2011 and 2012.

While the bill would make it more difficult for prosecutors to win cases, it has still received overwhelming support from both state politicians and law enforcement groups. The main argument in favor of SB 313 is that the standards for placing officers on Brady lists varies from county to county. “Quite bluntly, an officer can lose their job over a mere accusation of misconduct, nothing proven,” said Ron Cottingham, president of the Peace Officers Research Association of California (PORAC), one of the bills biggest supporters. “We don’t want to get rid of Brady, we just think that some of the ways it’s handled are inherently unfair and specious.”

And in yet another sign of the political influence that law enforcement groups have in California, only a handful of state politicians opposed SB 313 — it easily passed the state Assembly on August 19 in a 72-3 vote, and passed the state Senate on a vote of 32-2 in May. San Francisco Democratic Assemblyman Tom Ammiano was one of the few dissenters. “We should not be tying the hands of local governments when it comes to punishing or getting rid of police with disciplinary records,” he said in an email to me. “Police on the Brady list are there for a reason, and local officials should be able to take that into consideration.”

Many criminal justice experts and defense attorneys also oppose the SB 313. A recent editorial published in the San Jose Mercury News summed up their concerns well. “Making sure officers don’t unfairly end up on Brady lists would be good government,” the editorial stated. “Making it harder for public agencies to deal with rogue cops is not.”

Next ArticleWhite House Will Allow Colorado and Washington Legalization to Proceed