.Going Beyond the Stereotypical Farm-to-Table Mold 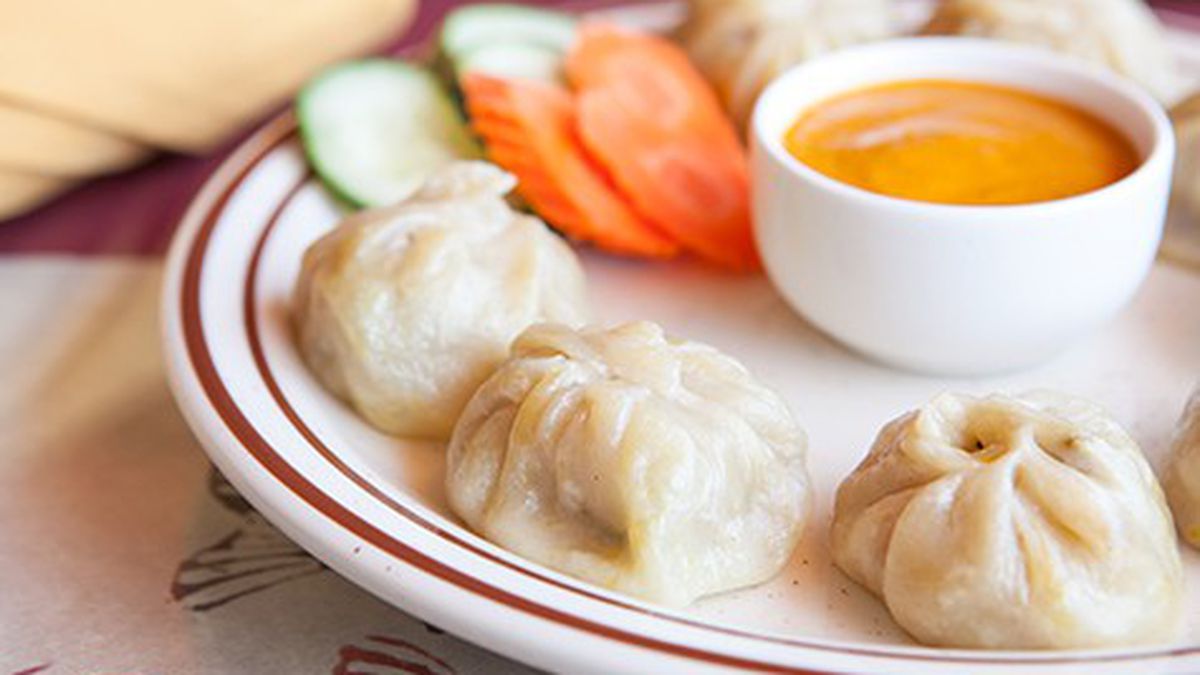 When Bay Area food enthusiasts talk about the farm-to-table movement, they generally mean some version of California cuisine: higher-than-average prices, high-quality produce that’s sourced locally and cooked very simply, farm names listed prominently on the menu, and, perhaps, lots of mason jars. A small Nepalese-Indian curry house in Berkeley might not be the first thing that comes to mind.

But Berkeley being Berkeley, demand for healthful, high-quality ingredients goes beyond the stereotypical farm-to-table mold — and of course the idea that vegetables grown on a local farm makes for better-tasting food was hardly invented in California. So we get a restaurant like the Himalayan Tandoori and Curry House, where during the harvest season, pumpkins, cauliflower, and other fresh vegetables are delivered straight from owner Rajesh Moktan’s farm in Sebastopol — all with nary a mason jar in sight.

In January, Moktan bought Everest Cafe (the Nepalese spot that previously occupied the Solano Avenue space) and reopened it as a second location for his Himalayan Tandoori and Curry House. (The original has been open in Sebastopol since 2007, though the farm component is a more recent addition.) The restaurant has been tastefully remodeled, and the purple tablecloths and high-ish prices— roughly $13 or $14 for most of the curries — helps set the place apart from your average East Bay curry house. So, too, does the freshness of the flavors that wind up on the plate.

Manager Umesh Manandhar was careful to say that, strictly speaking, he doesn’t consider Himalayan Tandoori and Curry House a farm-to-table restaurant — that, especially during this time of year, Moktan’s farm doesn’t supply enough of the restaurant’s vegetables for him to make that claim. Still, Manandhar said that is the general approach: to use local produce (often purchased from nearby Monterey Market when the Sebastopol farm doesn’t have much available) in order to create fresh, flavorful food.

That’s one reason you’ll find an entire stand-alone page of the menu dedicated to pumpkin dishes — a feature that caused me to wonder whether pumpkins were a lot more popular in South Asian cuisine than I’d previously realized. But no: Moktan grows a lot of pumpkins on his farm (though they’re purchased elsewhere during the off season), so he decided to have his chefs incorporate them into their curry sauces, in much the same way an Italian cook might use tomatoes. Himalayan Tandoori and Curry House may be one of the only restaurants in the Bay Area that serves pumpkin chicken masala — basically a variation on chicken tikka masala, but with pumpkin cooked very soft until it practically dissolved into the sauce. There’s danger in adding another sweet element to what is often already a sweet sauce, but a prickle of chili heat helped to balance the flavors. Would you call this a “fusion” dish? All I know is that it made for a very fresh-tasting dipping sauce for naan and rice.

You’ll find that same freshness in the complimentary lentil soup, or daal, that begins each meal: yellow and red lentils, onions, and carrots all cooked very, very slowly until they’d melted into bright orange, soupy mush — a wonderful balance of savory, sweet, and subtly spicy flavors.

According to Manandhar, even though the management and staff are Nepalese, the menu consists mainly of traditional Indian dishes — an array of masalas, vindaloos, and meats baked in a traditional tandoor clay oven — though everything is made in what he described as more of a “Nepalese style,” with a slightly different proportion of spices.

For the best experience, you’d do well to sample the handful of Himalayan specialties, which proved to be my favorite dishes. The momo is the steamed dumpling of the Himalayas, and Himalayan Tandoori and Curry House makes some of the best lamb momos I’ve had the pleasure of eating. Served eight to an order, these were plump, well-pleated little packages that resembled Chinese soup dumplings — which turned out to be an apt comparison, as the lamb filling burst with meaty, savory juices when I bit into it. These were served with an addictively spicy, tomato-based dipping sauce and, in keeping with the Cali-fresh theme, curlicues of shaved carrot and radish — an elegant (and edible) little flourish. The only flaw: Despite being made in-house, the momo wrappers were somewhat thin and dry compared to other hand-made versions I’ve eaten.

Himalayan Tandoori and Curry House is also a fine place to sample the most typical Nepalese meal of all, daal bhat tarkari — a basic soup-rice-and-vegetable meal that is available here in the form of several “Express Lunch” specials. The veggie coconut curry option came with more of that wonderful lentil soup, a choice of white or brown rice, a wedge of naan, a salad (with a tangy-sweet house-made dressing), and a small tub of cardamom-infused rice pudding for dessert. The curry itself was mellow and sweet, and was studded with an array of notably fresh vegetables: cauliflower, carrots, okra, potatoes, and more. (My only complaint was that the dish didn’t even have a trace of heat, which was no problem in itself — but the server had asked, and we’d requested “spicy.” Why bother asking, then?)

Meanwhile, the goat curry featured lush, tender meat in a flavorful tomato-based curry sauce that once again highlighted the freshness of the vegetables in the dish: the sweet crunch of red bell pepper and the herbaceousness of cilantro sprigs added at the very end. And a bowl of Tibetan-style lamb noodle soup had numerous virtues: not just the inclusion of abundant fresh vegetables, but also the rich, full-flavored broth and the bits of oregano scattered on top that served as a bitter counterpoint, bringing to mind a good bowl of Mexican pozole.

For both of the meals I ate at Himalayan Tandoori and Curry House, I couldn’t resist washing everything down with a glass of sweet lassi. Made with mango pulp, house-made yogurt, and a few drops of rose water, the lassi was as thick as a good milkshake, with an elusive savory, cheese-like flavor that helped balance out the sweetness — the kind of refreshing, hand-crafted drink that any farm-to-table restaurant would be proud to serve.