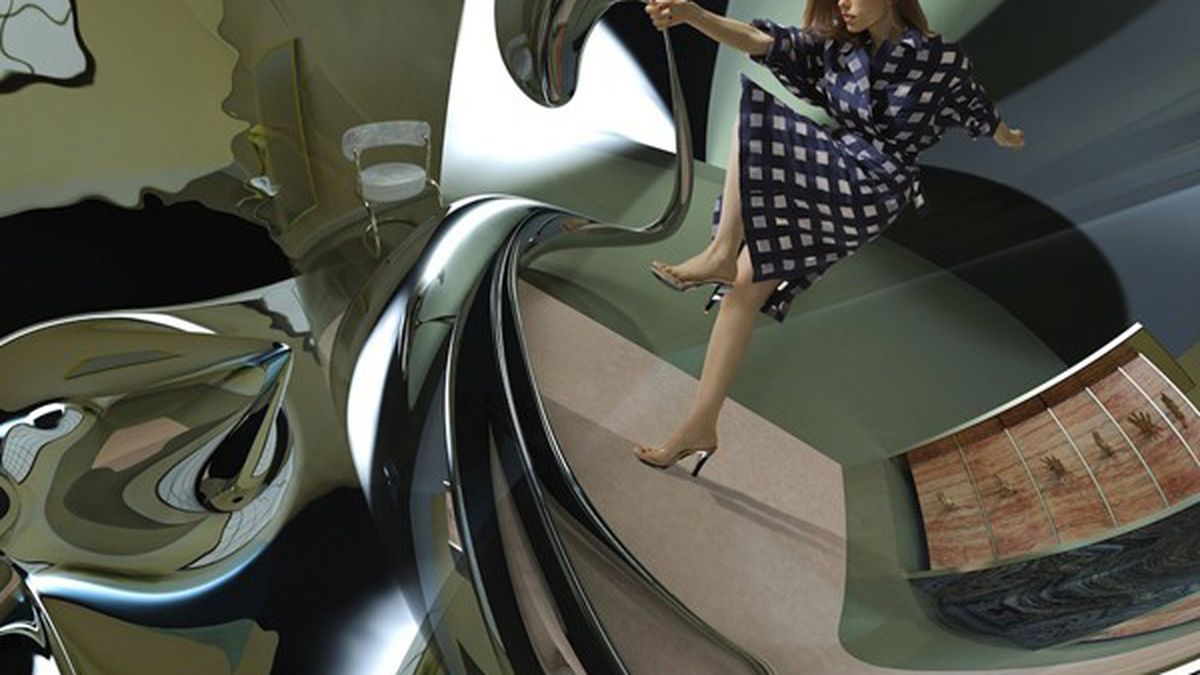 Cameron Mesirow (aka Glasser) recorded Interiors in a tiny, windowless studio in Manhattan. The album was inspired, in part, by her debilitating spatial anxiety, a fear that was compounded after her move from Los Angeles. Song titles — including “Window I,” “Shape,” “Design,” “Landscape,” and “Exposure” — reference her obsession with conceptualizing space. Accordingly, Interiors‘ electronic sound is sleek and contained — a contrast to her 2010 debut, Ring, which was wildly organic, expansive, and even quasi-mystical.

Interiors employs some of the same qualities — tribal percussion, orchestral touches, weird ephemeral sounds, and oohs and aahs — that appeared on her debut, but in a subtler way. But whereas Ring was languid and free-flowing, Interiors is somewhat punchier: There are more synths, glitchy beats, and sharper edges, but also the deep bass of dubstep. As a result, it’s a more explicitly electro-pop album. One element that has remained the same, however, is Mesirow’s voice, which is as sweet and captivating as ever: It’s the most powerful force in her music.

Still, despite moments of punch, Interiors feels overall more subdued and introspective than Ring. On opener “Shape,” Mesirow sings, My home has no shape/Nothing to sustain me/But it keeps me safe from imagined pain. This is clearly a more personal album. In her struggle between the inside and outside worlds, Mesirow opened herself up to her listeners, creating songs that are honest and compelling. (True Panther)