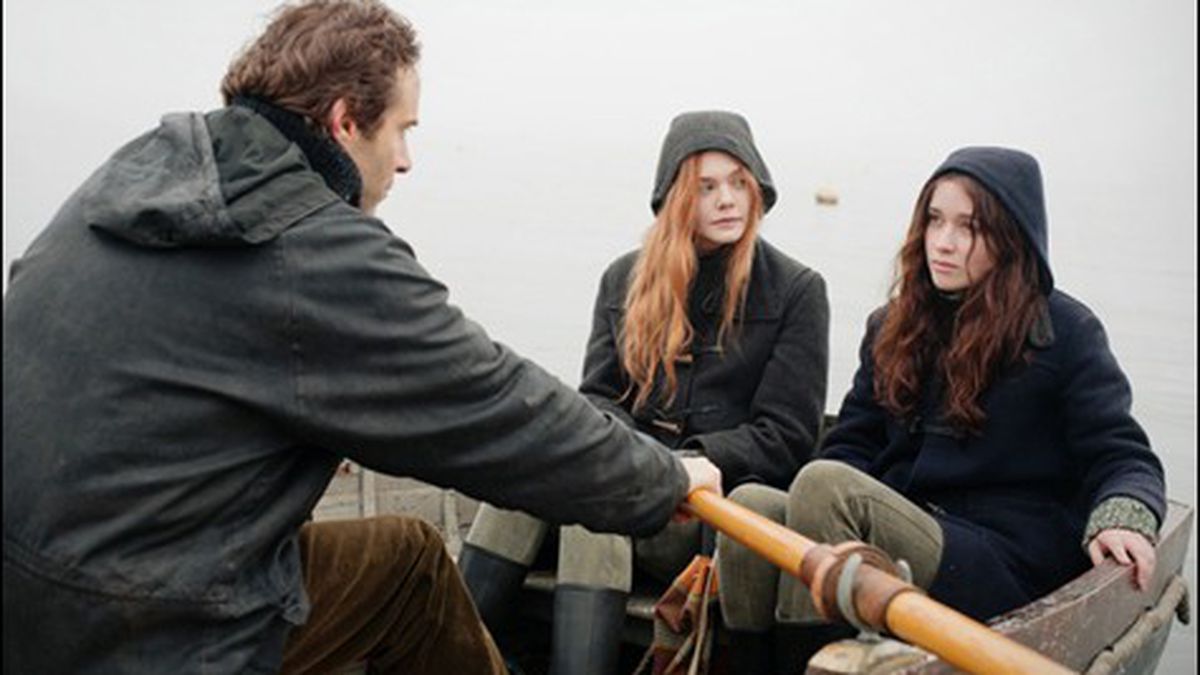 Peace is hard to find.

Fourteen-year-old former child star Elle Fanning triumphs in her half of the title role of Ginger & Rosa, and that’s a good thing, because there’s little enough to chew on already in Sally Potter’s nostalgic coming-of-age yarn.

London adolescent Ginger, of the flaming red hair, has much on her mind in the days of the Cuban missile crisis, circa 1962. Her bohemian parents — self-conscious writer Roland (Alessandro Nivola) and neglected painter Natalie (Christina Hendricks) — are on the outs, and her best friend, Rosa (Alice Englert), the promiscuous one, is much too fast company. Besides, there’s a distinct possibility the world will end before Ginger loses her virginity. That’s why she’s so devoted to England’s ban-the-bomb movement, attending pacifist meetings and marching in the streets.

Young Ms. Fanning, veteran of several domestic dramas, captures the rapture of the wonder years with ease. Ginger alternately bursts with giddy glee and deflates into a defeated pile of woolen clothing with each change of wind direction. Her adventures are tiny ones. Going to church just to see what it’s like. Sneaking a smoke. Showing off for boho family friends Bella, an owlish feminist (Annette Bening), and reassuring old Mark (Timothy Spall). Mum’s unhappy, must I be as well? The bomb could fall and we’d all die tomorrow. Filmmaker Potter (Orlando, The Tango Lesson) orchestrates the film around Ginger’s shifting point of view. Poor Rosa is left to fend for herself, haphazardly.

The mood is pure English kitchen-sink, but with glamorous faces and good dental work. Roland, a former conscientious objector terrified of being bourgeois, carries on shamelessly with the kids. He’s a right coward. Natalie concentrates on playing a single note, left behind with her pills. Commentators have jumped on Hendricks for her lapses in proper Brit accent. Why? All the characters speak English. Listen to what they have to say and let it go at that.

Potter’s slide show of dour/tangy vignettes sketches in the time and place with slashes of jazz (Monk, Bird, Bechet, Django, Les Paul) and stolen moments. It’s as fleeting as the ruddiness on Ginger’s cheeks. But her morality is rock solid — Ginger gives every indication of being a sincere peacenik, anxiety or no anxiety. (One slight skewed detail: Roland’s boho spaghetti has too much rich-looking sauce. They’re supposed to be poor.) Life flies by in medium close-up and Ginger’s yearning optimism leaps forth. We could no more resist her freshness than avoid a spring rain shower — we need them both and Potter knows it.

Los Angeles Votes to Cut its Number of Dispensaries by About...