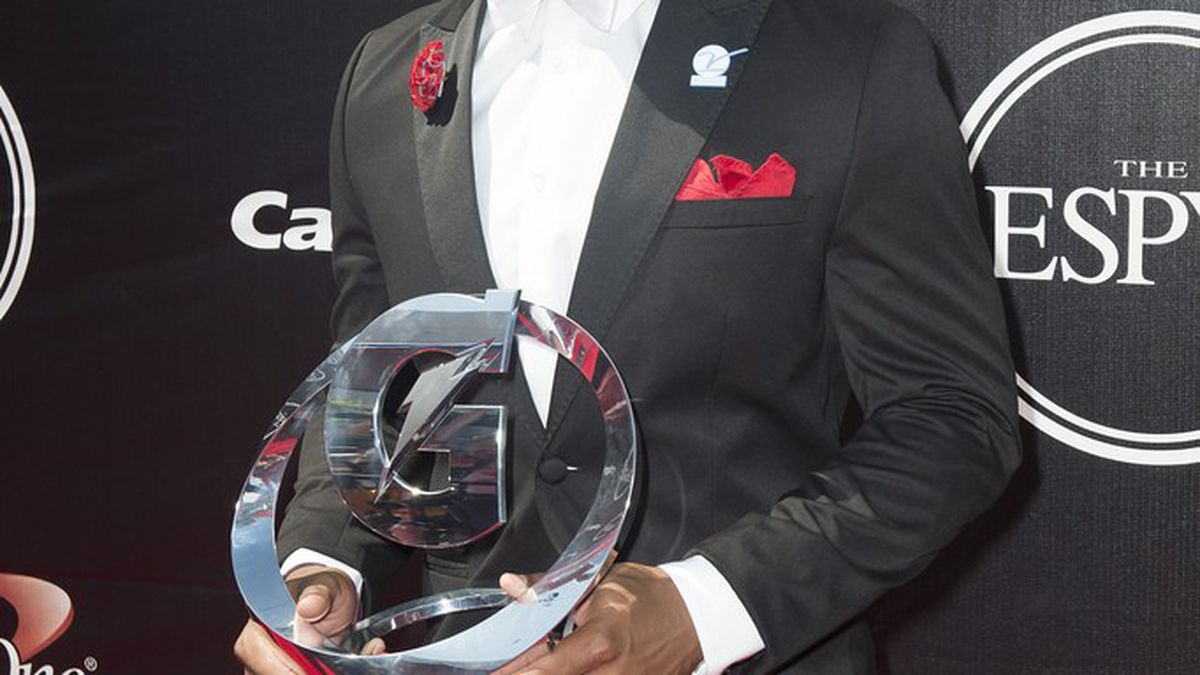 Get Your Money, Murray

I’m rooting for A’s draft pick and Heisman Trophy winner Kyler Murray to make the decision that brings him the most security and happiness, whether that lands him in Oakland with the A’s or playing quarterback in the NFL.

By Chris De Benedetti
Jan 15, 2019
This might be an unpopular opinion among Oakland fans, but I don’t mind at all that Kyler Murray — the A’s’ 2018 first-round pick and Oklahoma University football star — might be leaning toward choosing the NFL over baseball.

Yes, I know that Billy Beane opened Oakland’s purse strings last summer to pay the Heisman Trophy winner a signing bonus worth $4.66 million and that Murray’s declaration on Monday to enter the NFL draft might be more about squeezing extra money out of the A’s than his love of football. But I don’t mind, mainly because I think it’s fun to see sports’ labor pool play the leverage game even better than management. Beane and other A’s execs reportedly spent last weekend with Murray and his agent Scott Boras, trying to convince the 21-year-old that baseball was his better career option. Declaring for the NFL draft doesn’t affect his A’s deal, according to the Chronicle’s Susan Slusser. And it will give him time to gauge football teams’ interest in him before deciding which pro league he should enter.

I applaud Murray for doing everything he can to capitalize on his prodigious talent, regardless of his final choice. He might be the most exciting dual-sport star since Bo Jackson, and it’s good that he shows franchises in both leagues that front office execs aren’t the only guys who can play hardball at the negotiating table.

It’s been said that NFL actually means “Not For Long” — a dark joke that refers to the fleeting nature of the injury-prone league. But that punch line actually could describe every pro sports league. One minute a star athlete is on top of the world, the next minute he or she is yesterday’s news. In 2001, Mark Mulder was a 20-game winner for the A’s at age 23, with some experts predicting he’d be the next MLB pitcher to win 300 games. Just seven years later, his blown-out arm forced Mulder to retire. He was 30. The lesson? Sports team owners can sit on their rear end and collect big profits for decades. The time window for athletes is much, much smaller. In other words, not for long.

So, you do you, Kyler Murray. I hope we see you soon in Oakland, wearing the green and gold. But even more, I hope you make the choice that most brings happiness to you and your family for generations to come.

Besides, Billy would probably trade you before your 25th birthday, anyway. …

I’m perplexed by what Beane and A’s GM David Forst are doing this offseason. Sure, they deserve kudos for acquiring infielder Jurickson Profar. But pitchers and catchers report in about a month and, other than re-sign hurler Mike Fiers, the A’s have yet to address the team’s biggest need — starting pitching. They also let catcher Jonathan Lucroy walk for a relatively paltry $3.35 million deal with the Angels, choosing instead to platoon unheralded veterans Josh Phegley and newly signed Chris Herrmann. You wouldn’t be blamed for being unfamiliar with Herrmann, a 31-year-old journeyman with just 76 at-bats last year and a .205 career batting average. Ugh. Then again, I had a similarly negative take on the A’s’ moves last winter, and Oakland went out and proved all naysayers wrong by winning 97 games and making the playoffs. Maybe I should chill out and just check back in a month. …

As I talk about free agent catchers, former A’s backstop Bruce Maxwell comes to mind. Just 18 months ago, Maxwell was considered a potential starter. Although his .237 average in 2017 was disappointing, he played well enough to appear in 76 games as the left-handed batter in the A’s’ catching platoon. But Maxwell, who is biracial, also took a knee during the national anthem in September of that year, at the height of the anthem controversy stirred up by Donald Trump. Maxwell then had a brush with the law that offseason, an incident that ended with him taking a plea deal for a reduced charge of disorderly conduct and a sentence of probation and community service. By today’s standards, it was fairly mild stuff and he’s stayed out of trouble ever since. Further, he announced the following spring that his kneeling days were over. But after he got off to a bad start in 2018, batting .182 in 18 games, the A’s sent him to their AAA club in Nashville, where he continued to struggle. Now, Maxwell is a free agent who has yet to sign with a new club. He’s just 28. It’d be a shame if his temporary protest over worthy causes — ending racial inequality and police brutality — has chilled interest in the promising athlete. It’s bad enough that the NFL has blackballed Colin Kaepernick. I really hope MLB isn’t doing the same to Maxwell. …

It’s mid-January and the Raiders still don’t know where they’ll play their home games in 2019, the first of which is just seven months away. The long list of “options” cited in recent articles is so comically long, it proved to be the only time London and Reno have been mentioned in the same sentence. Other reported cities include: San Francisco, San Antonio, Berkeley, Santa Clara, San Diego, and even Tucson. Is that all? (#sarcasm)

The Raiders’ front office seems to think that floating a huge number of cities makes the franchise appear relevant and creates leverage. In fact, it just adds to the widespread perception that those managing the team are incompetent. Uncertainty over the team’s 2019 home arose in December, when Mark Davis responded to Oakland’s lawsuit by pulling his offer to lease the Coliseum for another year or two while his Las Vegas stadium is built. After weeks of wild speculation, Jon Becker of the East Bay Times reported Monday that Raiders execs and the Oakland Coliseum Authority will meet at least once more to resume talks about the team playing next year at Hegenberger Road and 66th Avenue. I’d write “Stay tuned!” but I get the feeling that many stopped caring months ago. …

Lastly, congratulations to a pair of excellent San Francisco Chronicle scribes, Ann Killion and Susan Slusser, for being named the co-California Sportswriters of the Year by the National Sports Media Association. To call the pair’s award well-deserved is an understatement. Congrats!